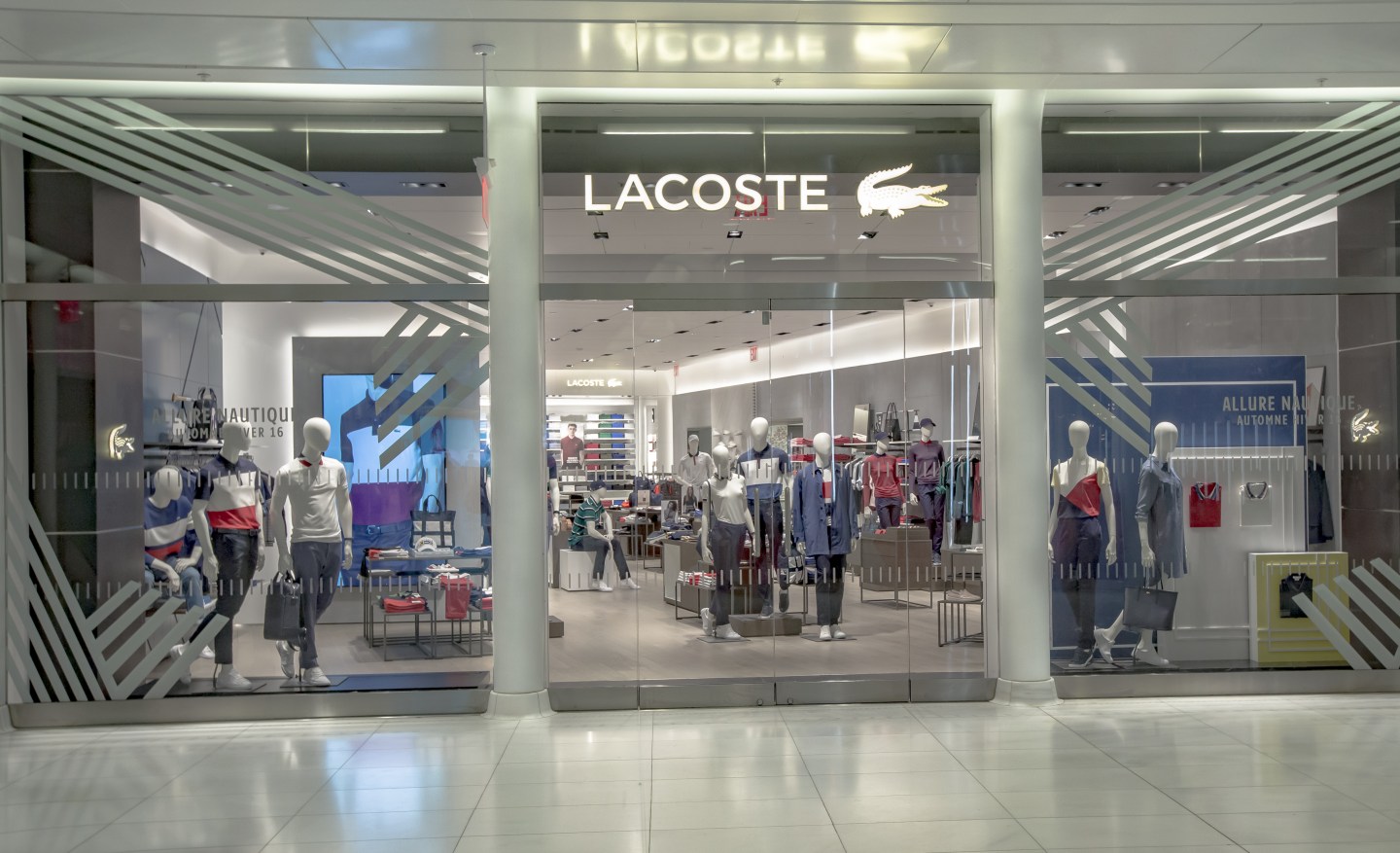 Back in the 1980s, Lacoste polo shirts were so ubiquitous in North America that the French brand’s popularity sparked a backlash, captured by the saying, “Save an alligator, kill a prep.”

The detractors were referring to the wrong reptile (Lacoste’s logo features a crocodile, not a gator). But their derision reflected a Lacoste-mania that has since proved to be the brand’s high-water mark in pop culture. Lacoste hit a long lull a few years ago, hurt by an overexposure that damaged its cachet and a misguided attempt to be a fashion brand.

Today, however, Lacoste is perking up again under its CEO of nearly two years, Thierry Guibert. Lacoste, owned by the Swiss holding group Maus Frères, has seen global sales rise to 1.95 billion euros in 2015 ($2.15 billion) from 1.4 billion euros in 2010. And while the privately-held company won’t disclose sales data for the U.S., its biggest market, or even global data for the other years in that period, Guibert tells Fortune that Lacoste’s stores are now posting comparable sales increases in the United States.

The brand was founded in 1933 by the late French tennis star René Lacoste. (Among other achievements that have earned him legendary status, Lacoste in 1928 invented the first tennis ball machine.) How did such a venerable institution get back on track in the U.S.? By pulling back on its presence in discount outlet stores, closing many of its own stores in secondary U.S. markets, and putting the focus back on its sports heritage. Lacoste has also mixed things up to reach a new audience, with moves like selling its wares at J. Crew, which it began to do earlier this year.

“The only way Lacoste can be successful is to maintain its premium pricing and quality,” says Adheer Bahulkar, a partner in the retail practice of consulting firm A.T. Kearney. He also notes that while Lacoste may have had some success in restoring its luster, it is now competing with brands like Under Armour (UA) and Adidas, which have both added more fashion to their apparel, challenging what he calls “the original athleisure brand.”

Like many other so-called affordable luxury brands, Lacoste fell into the trap of over-expanding its own stores and its presence in department stores.

“We probably made some mistakes in the United States, because we were focused on expanding sales volumes,” says Guibert.

Here is a closer look at what Lacoste did to fix its brand.

While Lacoste is by no means out of the woods, being more selective about where it is sold and who it markets to is helping it return some luster to its name in a very crowded field.

“It’s the only way to make the brand more desirable in the long run and recapture the kind of customers who love Lacoste,” Guibert says.