Jeff Bezos’ Blue Origin Will Take Tourists to Space by 2018 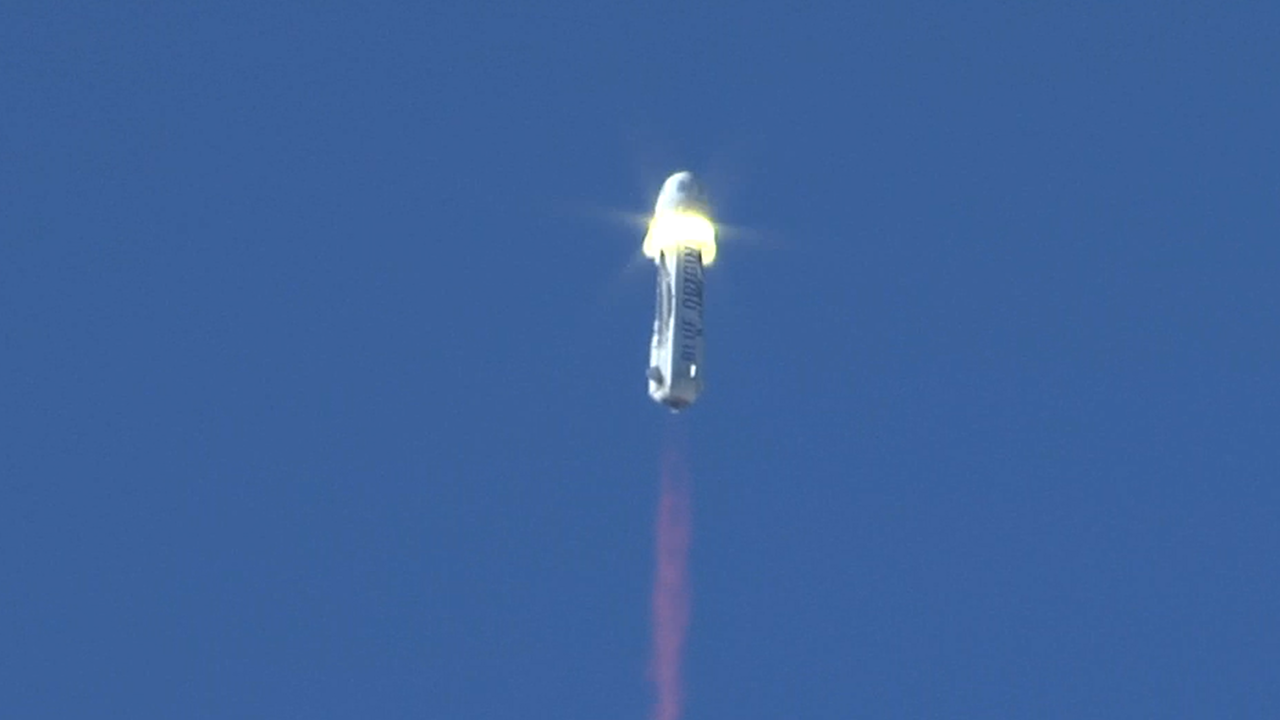 Blue Origin, the Jeff Bezos-owned space tourism operation, has confirmed that it is on track to launch test pilots by 2017, followed by commercial passengers in 2018. Blue Origin President Rob Meyerson reiterated the timeline on October 13th at the International Symposium for Personal and Commercial Spaceflight (ISPCS) in New Mexico.

The target dates were laid out early this year, but hinged in part on a hair-raising safety test conducted October 5th. That test successfully demonstrated the New Shepard’s “in-flight escape” systems, which would safely bring passengers to the ground in the case of an aborted launch.

During the test, the crew capsule’s “escape motor” separated the (as-yet unoccupied) capsule from the vehicle’s main booster, and sent it to a safe landing by parachute. Beating even the company’s expectations, the booster itself also landed safely. That was not a condition for the test’s success, because the force of the capsule separation was expected to throw the booster off balance.

“This test got us one step closer to human spaceflight,” Meyerson told conference attendees.

The recovery of the booster is particularly remarkable because the same vehicle—booster unit NS2—was also the one to land in one piece after a November 2015 launch. That made it, at least according to Blue Origin, the first successful reusable rocket—though that claim sent SpaceX CEO Elon Musk into a slight frenzy of rebuttals.

Those eager to be first in line for an 11-minute ride to the edge of space can sign up to be notified when Blue Origin ticket sales begin. We don’t know how much they’ll cost yet, but it’ll probably be steep—seats for a similar trip on Virgin Galactic are already priced at $250,000.

Blue Origin did recently sweeten the pot on their offering, though. Those who take a New Shepard flight will have first access to flights on New Glenn, a heavy-duty rocket that will reach full Earth orbit, and which Blue Origin will start testing by roughly 2019.