Why This Education Publisher Is Betting on Online Degrees 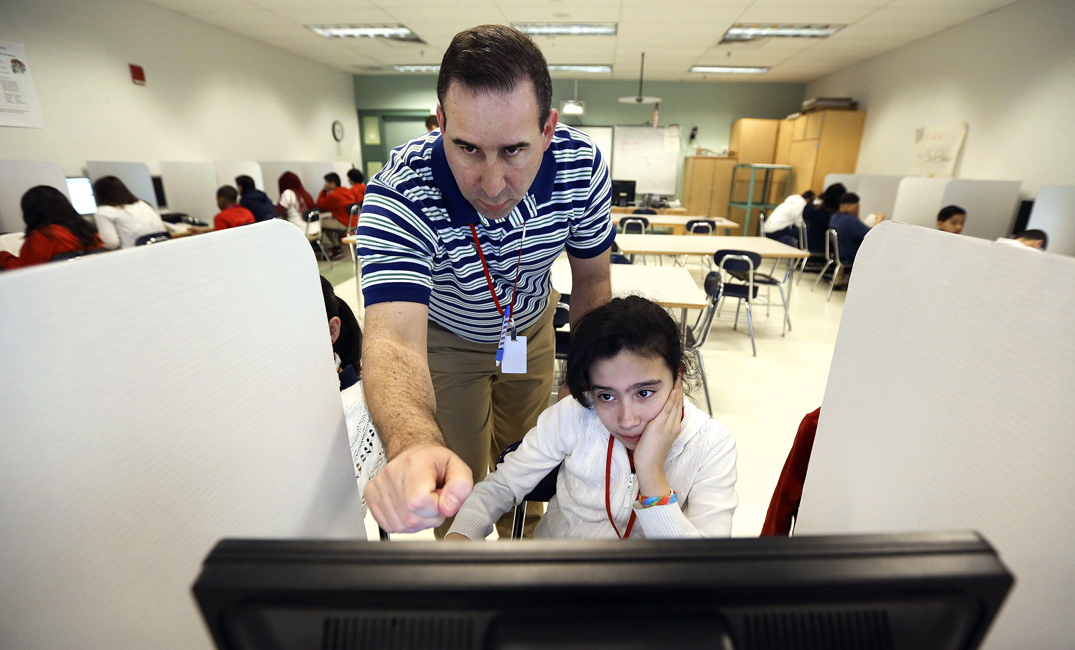 Natalie Hilton travels past her central London university every day, listening to lectures on the bus, studying towards a masters degree without ever setting foot on campus.

Hilton, a 24-year-old with a full-time job in advertising, is part of the first intake at King’s College London to study a fully online course to enable her to work in mental health.

The scheme is produced by Pearson, the world’s largest education publisher, which is looking to online higher education courses to help revive its fortunes after a downturn in its traditional textbooks and marking businesses.

If the model succeeds, with Pearson handling the marketing, recruitment and design of online courses, it could help open up higher education by providing fresh impetus to distance learning and also save money for cash-strapped universities.

“The level of resource to do this in an absolutely first-rate way is probably beyond most institutions,” said King’s principal and president, Professor Ed Byrne, explaining the decision to work with Pearson. “We see this as bringing a King’s education to a larger, wider group of students.”

It could also improve Pearson’s finances. The company, which sold the Financial Times newspaper and its stake in The Economist magazine last year to concentrate on education, has been hit by several profit warnings in recent years.

As the economy recovered in its biggest market, the United States, more people went into employment than education. It has also suffered from students borrowing or buying second-hand books, and a row in the United States over testing standards.

Pearson’s online program management (OPM) business made 223 million pounds ($277 million) in revenue last year, a fraction of the 4.5 billion pounds the group made as a whole, but analysts forecast it will grow at a double-digit percentage in the next few years.

Nearly all of the division’s revenue currently comes from the United States, where it is providing online courses at more than 40 universities and competes with the likes of 2U, Academic Partnerships, Bisk, and Wiley Education Solutions.

Pearson believes its size gives it an edge because its OPM division can benefit from the expertise and products of its other education businesses.

The company is also hoping to get a head start on competitors in Britain, its second-largest market, where it says the deal with King’s is the first of its kind.

Hilton’s Masters in Psychology and Neuroscience of Mental Health is designed and taught by King’s professors and tutors, through an online platform including video lectures, tutorials, and course materials, academic and personal support.

While she could finish the masters without once meeting her tutors, she has weekly video conferences with them, and a virtual message board stimulates conversation and debate with professors and other students from around the world.

As well as the psychology masters, King’s offers a law program online. At 15,600 pounds and 17,400 pounds respectively for the full 12-module course, the online degrees cost as much as attending the university in person.

The courses thus provide a lucrative opportunity for universities to expand without being limited by the physical space of the university campus, backed by Pearson’s logistics.

King’s aims to expand to 5,000 online students in the next five years and broaden the portfolio of online courses offered.

While the growth potential of these courses is in theory limitless, Pearson emphasized there was no incentive to enroll huge numbers of students, as selectivity was a big part of the appeal of institutions such as King’s.

Hilton, for one, is sold: “I have found it wonderful,” she said. “I would never go back to physical learning.”