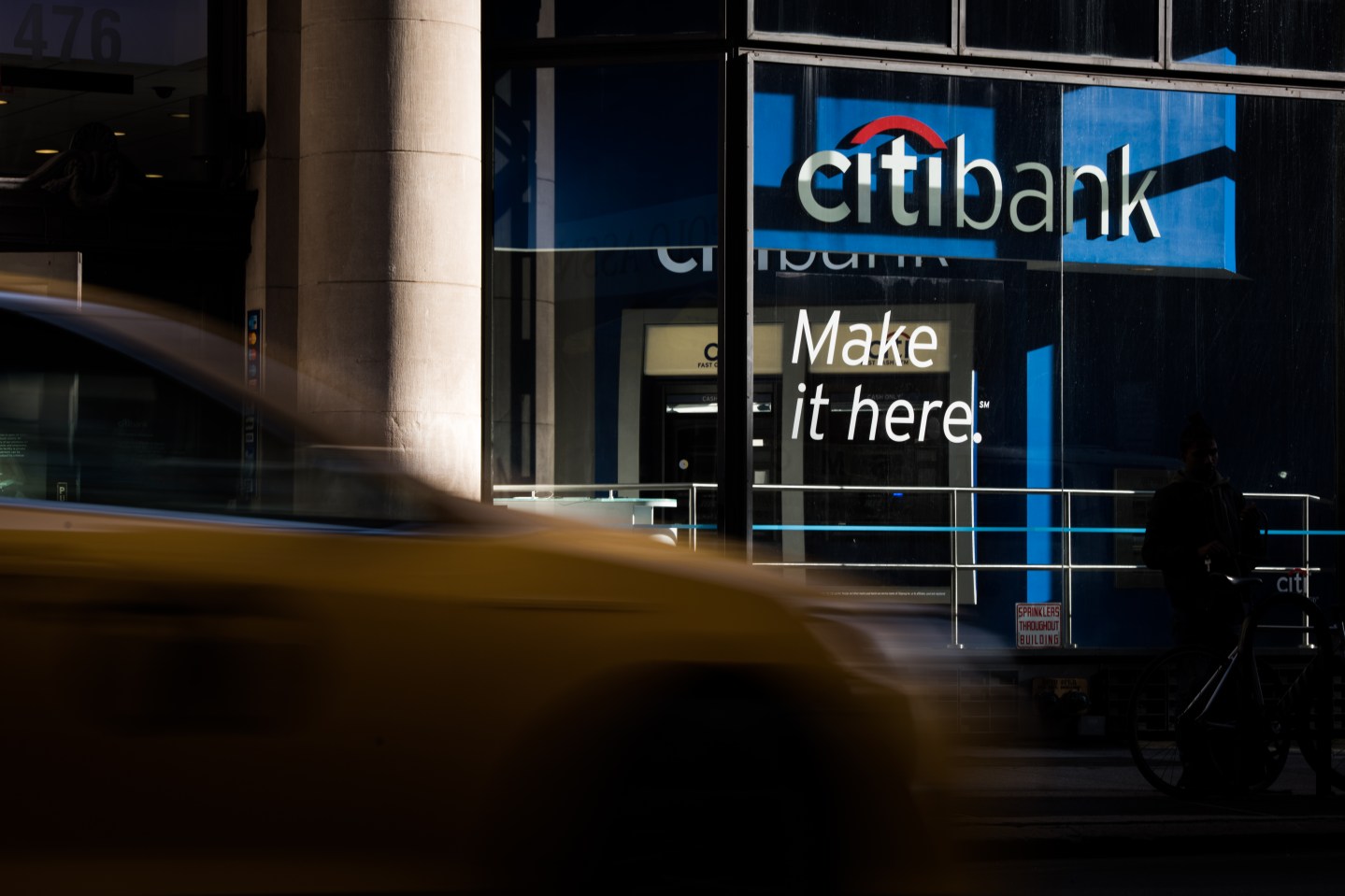 Analysts on average had estimated earnings of $1.16 per share and revenue of $17.36 billion, according to Thomson Reuters I/B/E/S.

Revenue from investment banking rose 15 percent to $1.09 billion, while revenue from fixed-income trading was up 35 percent at $3.47 billion.

However, equity markets revenue fell about 34 percent due to lower market activity.

In the year-earlier quarter, the bank recorded a gain of $180 million on the sale of a business in Mexico and a $140 million valuation adjustment in its equity markets division.

Citigroup, the most international of the large U.S. banks, has been exiting less-profitable operations in markets around the world, consolidating back offices and cutting jobs to become leaner.

Earlier on Friday, J.P. Morgan Chase (JPM) reported a 7.6 percent drop in quarterly profit after recording a tax expense, compared with a rare tax benefit a year earlier, but both revenue and profit beat analyst estimates.

“In the quarter, both our Global Consumer Bank and Institutional Clients group had solid year-over-year revenue increases in nearly every business line and geography,” Chief Executive Michael Corbat said in a statement.

The lender said its return on tangible common equity, a key measure of profitability, fell to 7.8 percent from 8.9 percent a year earlier.

Corbat set a target of reaching a 10 percent return on equity by 2015 shortly after taking the helm in 2012.

But the bank has found it hard to hit the target as its earnings are squeezed by low interest rates and the U.S. Federal Reserve’s requirement that banks retain more capital.

The lender said revenue from its North American branded card business rose 15 percent to $2.2 billion, reflecting the addition of the Costco portfolio as well as modest organic growth driven by higher volumes.

The business accounts for about a quarter of its total net income and a third of profit from its global consumer franchises.

Citigroup executives have said the branded card business is expected to generate a 2.3 percent return on assets, more than double the profitability of the entire company.

The bank’s common equity Tier 1 capital rose to 12.6 percent from 12.5 percent in the second quarter even as Citigroup returned capital to shareholders through dividends and share buybacks.

Citigroup’s stock has languished at a steep discount to its tangible book value, which was $64.71 at the end of September.