Donald Trump Turns Up the Heat on Hillary Clinton: ‘She Has to Go to Jail’ 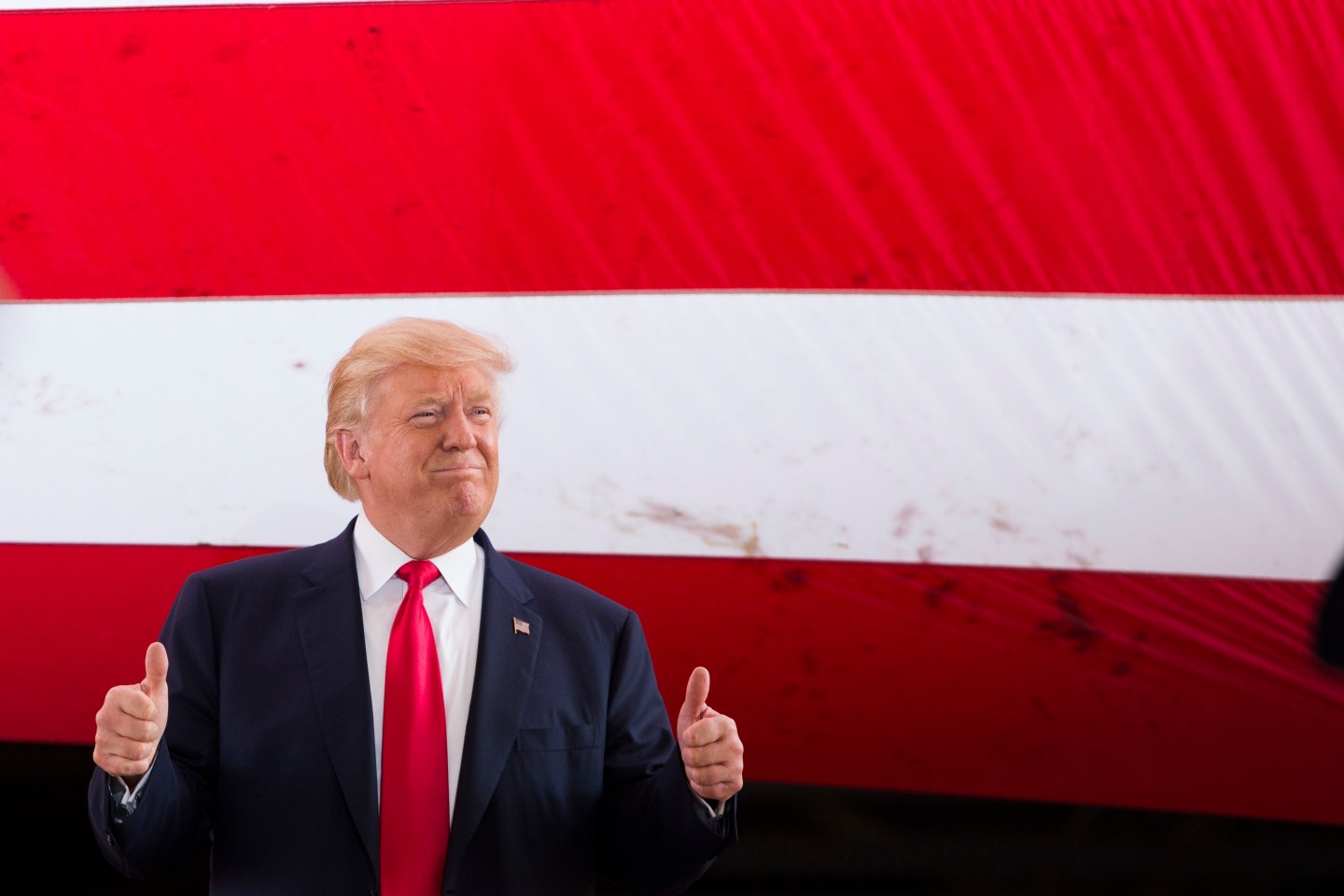 His campaign struggling a month from Election Day, Donald Trump sharpened his rhetoric Wednesday from calling for Hillary Clinton’s defeat to declaring “she has to go to jail” for using a homebrew email server and other charges of corruption while she was secretary of state.

But while Trump went on all out-assault on his opponent, his campaign reeled again from new accusations that the celebrity businessman touched women inappropriately.

The New York Times published interviews with one woman, Jessica Leeds, who said Trump grabbed her breasts and tried to put his hand up her skirt during a flight three decades ago. A second woman, Rachel Cooks, said that Trump “kissed her directly on her mouth against her will,” according to the report.

Separately, The Palm Beach Post in Florida, reported Wednesday night that Mindy McGillivray, 36, said Trump groped her at his Mar-a-Lago estate 13 years ago. Trump’s campaign said her allegation “lacks any merit or veracity.”

The claims come on the heels of the release of a recording on which Trump brags about groping women without their consent because he is famous. Trump has apologized. But widespread condemnation followed, including from dozens of Republican officeholders who called on Trump to quit the presidential race and let his running mate, Mike Pence, complete it as the GOP nominee. Trump has refused and amped up his attacks on Clinton by bringing up Bill Clinton’s sexual past and saying the former first lady attacked his alleged partners.

Trump also told supporters at a rally in battleground Florida that the Justice Department’s handling of the probe into Clinton’s email server let her off the hook and suggested that both Democrats and Republicans in Congress went along with it. The Justice Department declined to prosecute Clinton, but FBI Director James Comey criticized her and her aides for being “extremely careless” with classified information.

“Did they make a deal where everybody protects each other in Washington?” Trump asked Wednesday.

“This corruption and collusion is just one more reason why I will ask my attorney general to appoint a special prosecutor,” to investigate Clinton and the fact that she apparently deleted thousands of emails that were never recovered, Trump said.

He later made clear: “She deleted the emails. She has to go to jail.”

The call was a dramatic escalation of rhetoric from Trump. Just after the Republican National Convention, Trump responded to his supporters’ chants of “lock her up” by suggesting “Let’s just beat her in November.”

At Sunday’s debate in St. Louis, the nominee himself made that very threat—an unprecedented break with U.S. political decorum. It came after Clinton had said it is “awfully good that someone with the temperament of Donald Trump is not in charge of the law in our country.”

Trump blasted back, “Because you’d be in jail.”

But Trump didn’t solely train his fire on his Democratic opponent.

Trump has complained bitterly in recent days about House Speaker Paul Ryan, who told Republican House members on Monday that he would focus on maintaining a majority in Congress and would no longer campaign for Trump. He noted that Ryan didn’t call and say “good going” after his performance in Sunday’s debate.

Trump claimed that there is a “whole sinister deal going on” that has prevented Ryan and other Republican leaders from fully backing his campaign but he didn’t elaborate.