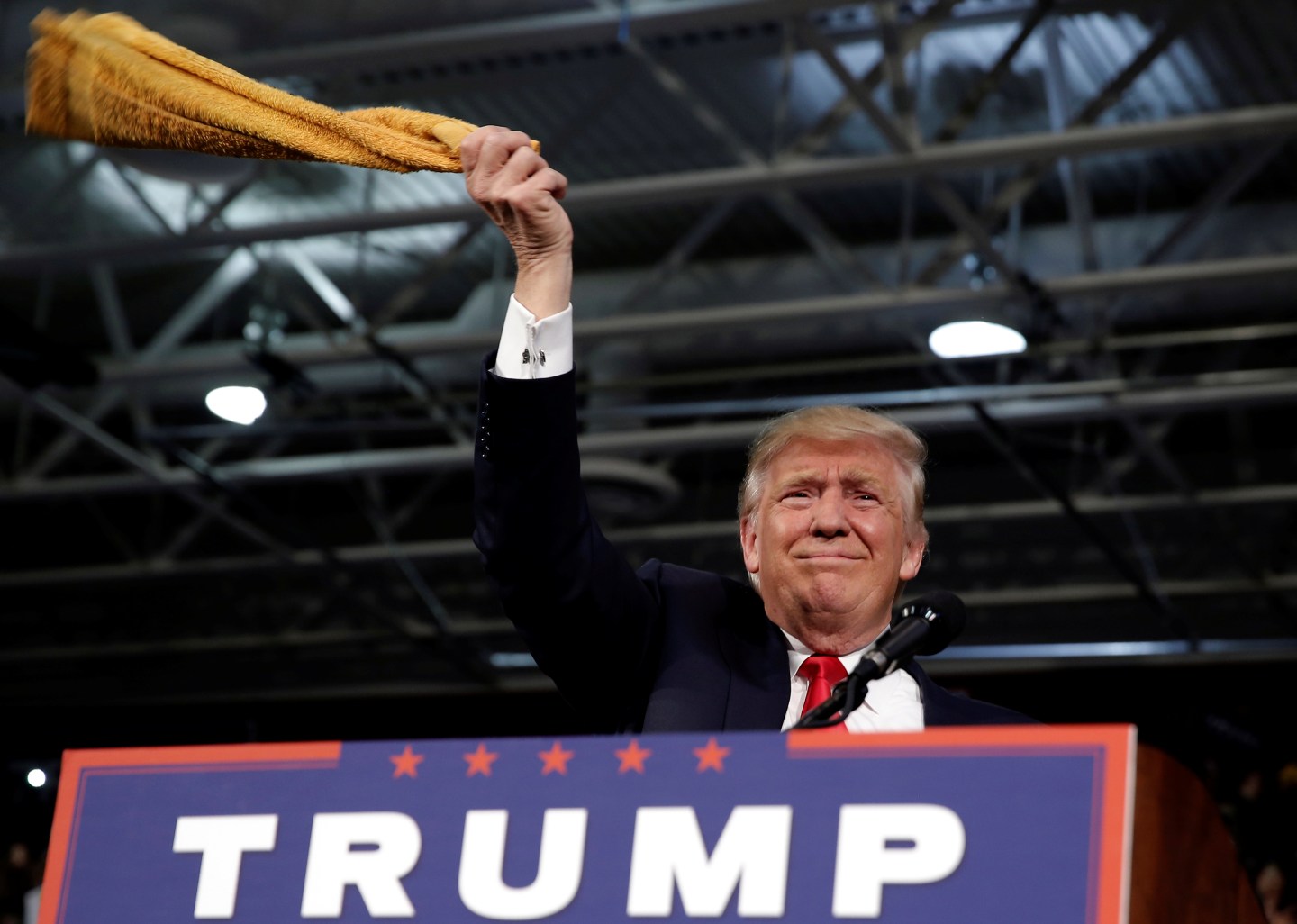 Two women told the New York Times that Donald Trump touched them inappropriately, just days after he said during the second presidential debate that while he had made crude remarks about women, he never acted upon them.

The New York Times reports that Jessica Leeds and Rachel Crooks say they were touched without their consent by the Republican nominee for president. Neither women reported their accounts to authorities or publicly shared their stories—which have not been independently verified by TIME—before speaking with the Times.

Leeds, 74, said that more than three decades ago, she sat beside Trump in the first-class cabin of a flight to New York. Trump lifted the armrest about 45 minutes after the plane took off, and began to touch her, grabbing her breasts and attempting to put his hands up her skirt, she said.

“He was like an octopus,” Leeds told the Times, saying she left the first-class cabin and went to coach. “His hands were everywhere.”

Crooks encountered Trump outside an elevator in 2005 while working as a receptionist at Bayrock Group, a real estate investment and development company in Trump Tower in Manhattan. She introduced herself and they shook hands, but Trump did not let go. Crooks told the Times that Trump began kissing her cheeks and then kissed her “directly on the mouth.”

“It was so inappropriate,” Crooks said. “I was so upset that he thought I was so insignificant that he could do that.”

Leeds and Crooks’ allegations follow a leaked tape of Trump, in 2005, in which he used vulgar language to boast of using his star to “do anything” to women.

“I just start kissing them,” he says in the video. “I don’t even wait. And when you’re a star they let you. You can do anything.”

Trump denied all of the women’s’ claims, telling the Times, “None of this ever took place.” He threatened to sue the news organization if it reported the allegations and called the reporter who questioned him a “disgusting human being,” according to the paper’s report.

The Trump campaign released a statement on Wednesday calling the Times report “fiction.”

“This entire article is fiction, and for the New York Times to launch a completely false, coordinated character assassination against Mr. Trump on a topic like this is dangerous. To reach back decades in an attempt to smear Mr. Trump trivializes sexual assault, and it sets a new low for where the media is willing to go in its efforts to determine this election. It is absurd to think that one of the most recognizable business leaders on the planet with a strong record of empowering women in his companies would do the things alleged in this story, and for this to only become public decades later in the final month of a campaign for president should say it all. Further, the Times story buries the pro-Clinton financial and social media activity on behalf of Hillary Clinton’s candidacy, reinforcing that this truly is nothing more than a political attack. This is a sad day for the Times.”

Both women told the Times they support Clinton for president and Crooks has made contributions of less than $200 to President Barack Obama and Clinton.

Also on Wednesday, another woman’s claim that Trump touched them inappropriately surfaced. Mindy McGillivray, 36, told the Palm Beach Post that Trump groped her in 2003 at Mar-a-Lago during a concert by Ray Charles. “It was pretty close to the center of my butt,” she told the Post. “I was startled. I jumped.”

In a comment on the original post’s thread, Searles wrote, “He probably doesn’t want me telling the story about that time he continually grabbed my ass and invited me to his hotel room.”

Amid the allegations, a video recorded in 1992 for an Entertainment Tonight Christmas feature surfaced Wednesday evening showing Trump, 46 at the time, looking at a group of young girls on an escalator, and saying he would be dating one of them in 10 years.