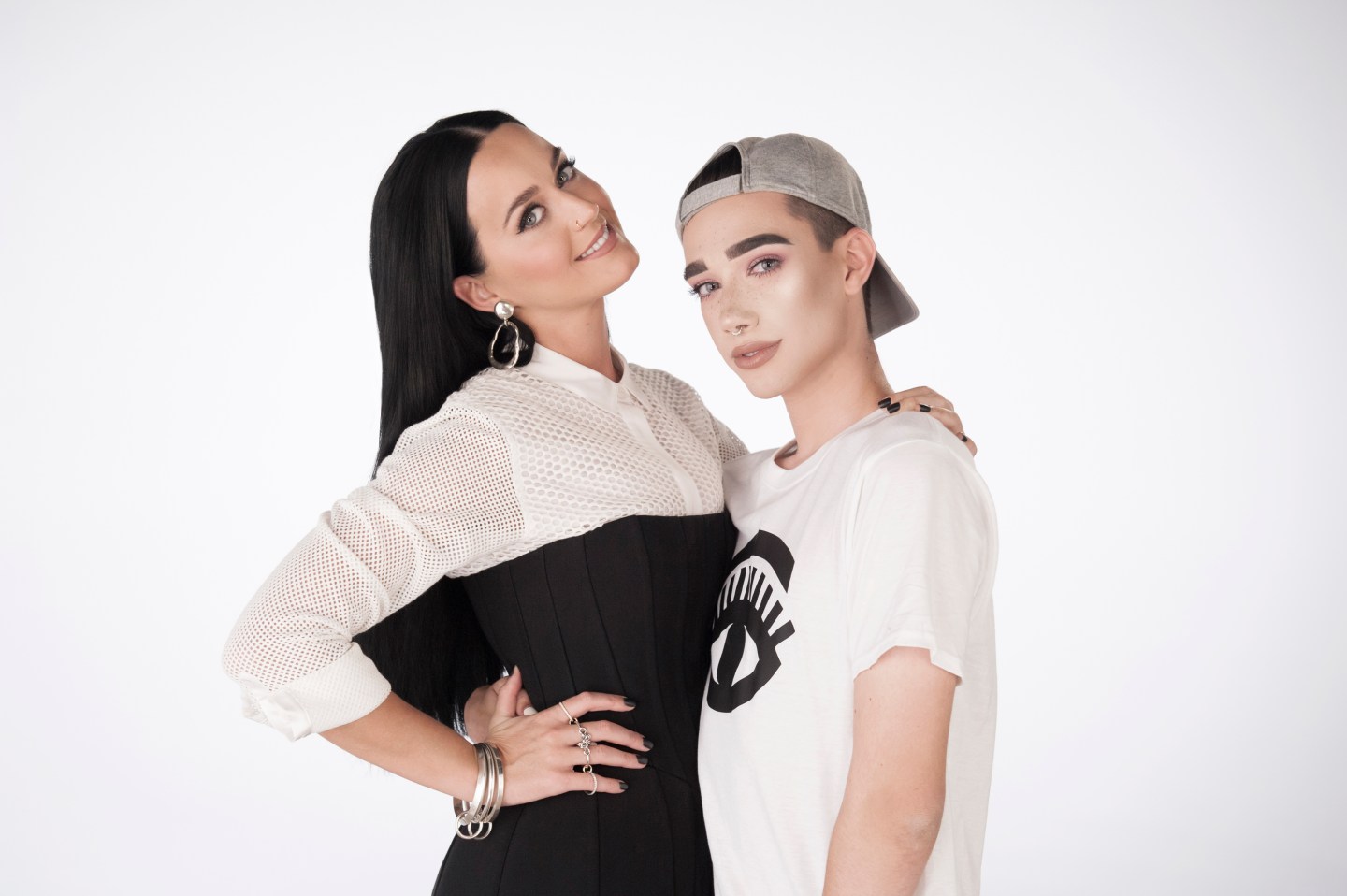 Early this week, CoverGirl named the beauty brand’s first-ever male model. It was a savvy move to capture relevancy among the newly-emerging Generation Z. It also may be indicative of a pivot other marketers likely will be taking to advertise to this younger generation, who are more open to more fluid definitions of gender and sexuality.

CoverGirl, a 58-year-old brand, generated numerous headlines when it formally announced 17-year-old makeup artist and social media star James Charles as a CoverGirl spokesman. CoverGirl says the partnership with Charles isn’t exactly a new direction for the brand. In the past, the brand has partnered with other public figures that defy traditional beauty standards—campaigns with Ellen DeGeneres and Queen Latifah are notable examples.

“Our population is becoming increasingly diverse,” says Laura Brinker, vice president of influencer marketing at Coty (COTY). “These trends are certainly something millennials have appreciated as they’ve grown up, but they’ll be even more important for Gen Z.”

Most marketers and media stories about shifting trends in the consumer goods world are currently paying great heed to the whims of the millennial generation. Millennials have called for more “authenticity” and in general, are more untrustworthy of traditional brands they grew up with. They want a feel-good message (side-projects related to sustainability, support of environmental projects, etc.) and they’ve changed marketing in notable ways. Ads most be more inclusive in terms of showing more diversity and less restrictive gender roles. In the beauty world, success in targeting diverse millennials helped e.l.f. Beauty earn a warm welcome on Wall Street when it went public last month.

But Gen Z—individuals born after 1998—have become a fairly new target for marketers. That group, which accounts for a fourth of the population in North America, is the most ethnically diverse generation ever and influences $600 billion in family spending, according to a report commissioned by public relations and marketing agency Ketchum.

They also tend to be far more accepting of gender fluidity. A survey by branding expert J. Walter Thompson Intelligence finds that 56% of Generation Z know someone who uses gender neutral pronouns. Male vloggers are popular on Instagram and other social channels. And the popular TV show RuPaul’s Drag Race also highlights a broader acceptance of beauty products beyond the core cisgender female audience.

Charles serving as a CoverGirl hits a few key themes that should resonate with fellow teens. Charles is well established on social media: he has nearly 74,000 followers on Twitter and 587,000 on Instagram. This generation generally seeks less restrictions on gender norms, as seen by the recent move by colleges to allow new students to pick their gender pronouns.

CoverGirl is aware of these trends. The brand says it has launched a new mascara, called So Lashy, that is deemed an universal mascara designed “for anyone wanting to transform their lashes into a bold look.” So essentially, the brand is saying: we aren’t marketing this to just women.

This new CoverGirl approach comes at an interesting time for the brand. Previously owned by consumer-goods giant Procter & Gamble (PG), it was sold off to Coty has part of a massive $12.5 billion transaction first announced in 2015, when P&G unloaded 43 of its beauty brands. Along with CoverGirl, Coty also got control of Clairol Professional, Wella Professionals and VS Salonist. That deal was completed earlier this month.

CoverGirl is currently the third-largest color cosmetics brand in the U.S., trailing L’Oreal’s Gemey/Maybelline/Jade and Estee Lauder’s (EL) Mac. Though CoverGirl’s sales have increased for two of the past three years, including a 5.2% jump last year, data from Euromonitor also shows the brand has lost some market share. It stood at 8.4% in 2013 for color cosmetics but slipped to 7.8% last year.

Getting Gen Z on board with the brand could help the brand find more success in that market again. “Social engagement is off the charts,” Brinker said. She added that the campaign—which formally kicked off on Monday via social media—has enjoyed positive feedback.