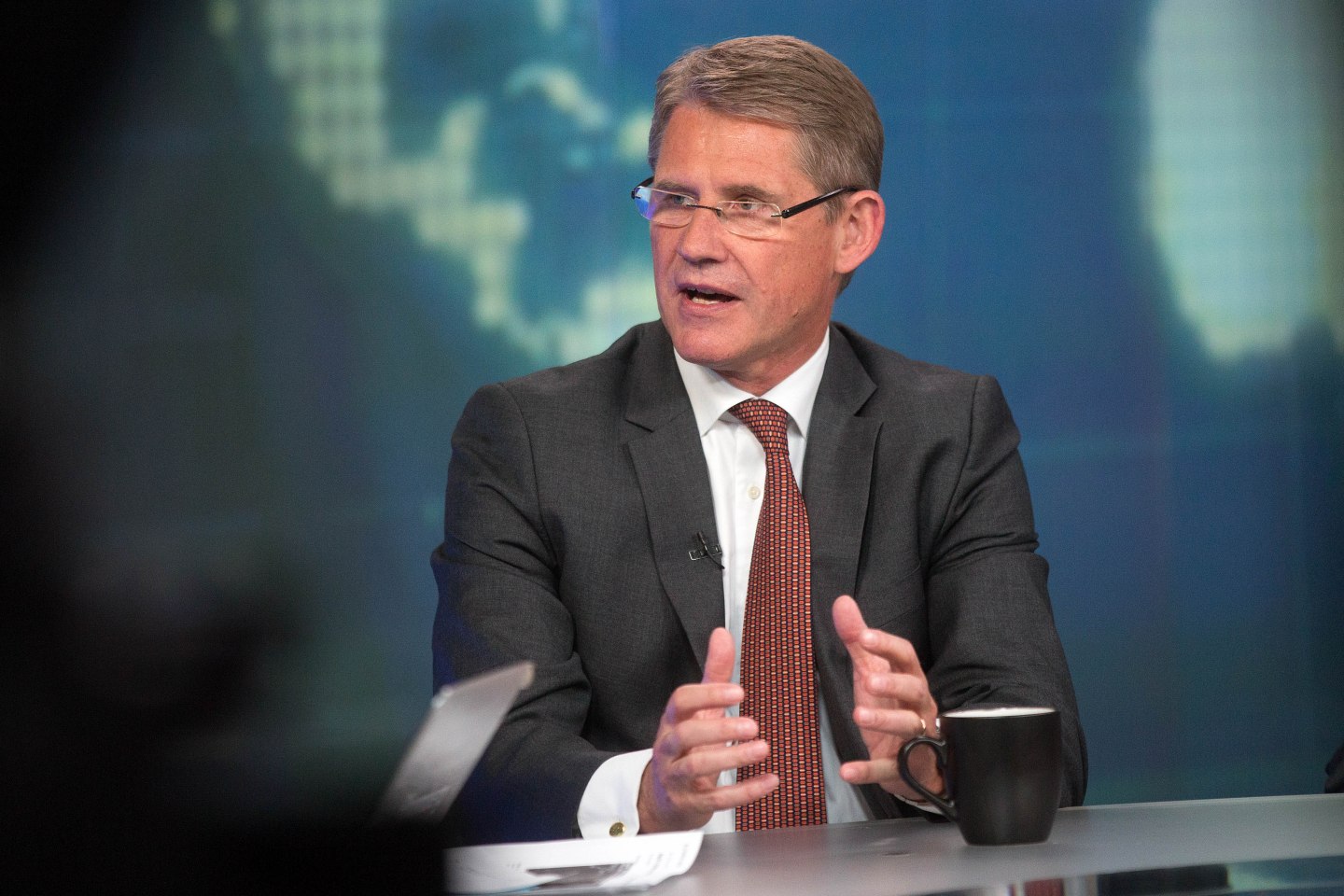 Lars Rebien Soerensen, chief executive officer of Novo Nordisk A/S, gestures whilst speaking during a Bloomberg Television interview in London, U.K., on Friday, May 13, 2016. Novo Nordisk's diabetes franchise will remain a "dominant" part of the business in the next 10 years based on the "sheer size of the problem" worldwide, Soerensen said in an interview. Photographer: Simon Dawson/Bloomberg via Getty Images
Photograph by Bloomberg—via Getty Images

Each year, the Harvard Business Review (HBR) puts out a ranking of the “best-performing” CEOs in the world. And a big pharma chief has topped it for the second year running.

Lars Rebien Sørensen, the the outgoing CEO of Danish pharma giant Novo Nordisk (NVO), the world’s largest insulin maker, claimed HBR’s number one spot for 2016. Sørensen and his fellow CEOs were judged on a variety of financial, environmental, social, and governance metrics.

There were 10 other biopharma and health care chiefs in the top 100 CEOs list other than Sørensen, including outgoing Biogen head honcho George Scangos and Larry Merlo of CVS Health:

But HBR has also recently begun incorporating environmental, social, and governance (ESG) rankings into their methodology in order to highlight corporate leaders who think beyond just short-term gains and dollars and cents. These admittedly more subjective judgments, which accounted for 20% of HBR’s weighting, boosted Sørensen, who ranked sixth on the list when judged purely by financial metrics, to the number one spot.

But as the authors note, even the world’s top CEOs aren’t immune from the chaos of a shifting business environment. Novo announced in September that Sørensen will be stepping down early after 16 years at the helm in the face of intense drug pricing scrutiny in the U.S., which has ravaged Novo’s share price since its December 2015 peak.

Sørensen doesn’t seem too concerned about his long-term legacy, though.

“My influence, through collaboration with my management team, will be assessed in 15 or 20 years, and only then will people be able to determine whether we made the right choices,” he told HBR.