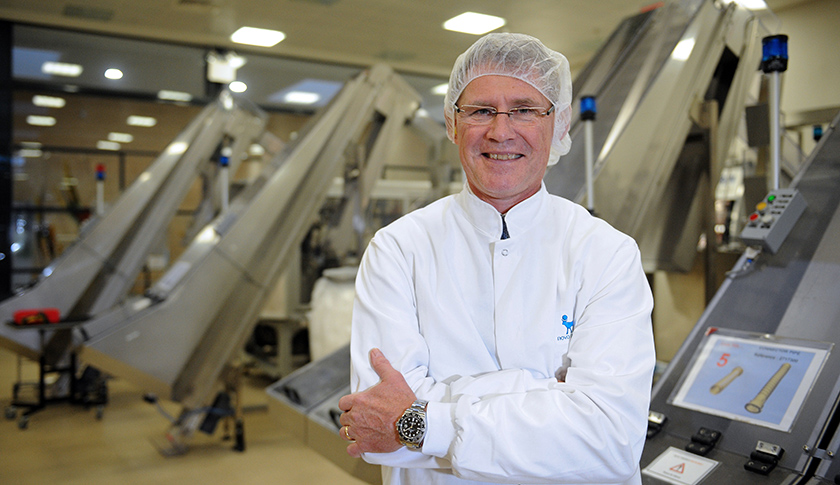 President and CEO of the global healthcare company Novo Nordisk, Lars Rebien Sorensen, poses for a photograph in front of a high speed production line of insulin at a factory in Chartres, on February 17, 2014. The Danish company, is a world leader in diabetes care and employs, in Chartres, 950 employees. AFP PHOTO / JEAN-FRANCOIS MONIER (Photo credit should read JEAN-FRANCOIS MONIER/AFP/Getty Images)
Photograph by Jean-Francois Monier —AFP/Getty Images

Novo Nordisk’s (NVO) long-serving chief executive Lars Rebien Sorensen is to step down early, it was announced on Thursday, at a time when the world’s largest insulin maker has said it faces increased competition in the U.S. market where it generates about half its revenues.

The company said Rebien Sorensen will be succeeded from January by Lars Fruergaard Jorgensen, currently executive vice president and head of corporate development.

Riis, who joined the company in 1996 and has previously been regarded by analysts as heir apparent to Rebien Sorensen, is currently executive vice president in charge of marketing and head of the China and Pacific sales regions.

“On the one hand, Novo Nordisk has never had a stronger portfolio and organization; on the other hand, we are facing an unprecedented level of payer pressure and competition,” Jorgensen, who has been with the company for 25 years, said in a statement.

Rebien Sorensen’s departure appears to be a change of plan, the company having said in April 2015 that he would remain in his role until he approached the end of his contract, expiring in 2019.

Since he became CEO in 2000 the share price had risen more than 840 percent but has fallen 22 percent from its peak in December 2015 following a sharp drop to 311 crowns last month after a profit warning due to pricing pressures.

Novo Nordisk’s product prices have been squeezed by pharmacy benefit managers who administer drug benefits for employers and health plans.

“This move is an acknowledgement of the serious challenges they face, primarily on the U.S. market,” Jyske Bank analyst Frank Horning Andersen said.

“After first-half results there has been lots scepticism especially among foreign investors about Novo Nordisk’s ability to deliver,” Andersen said.