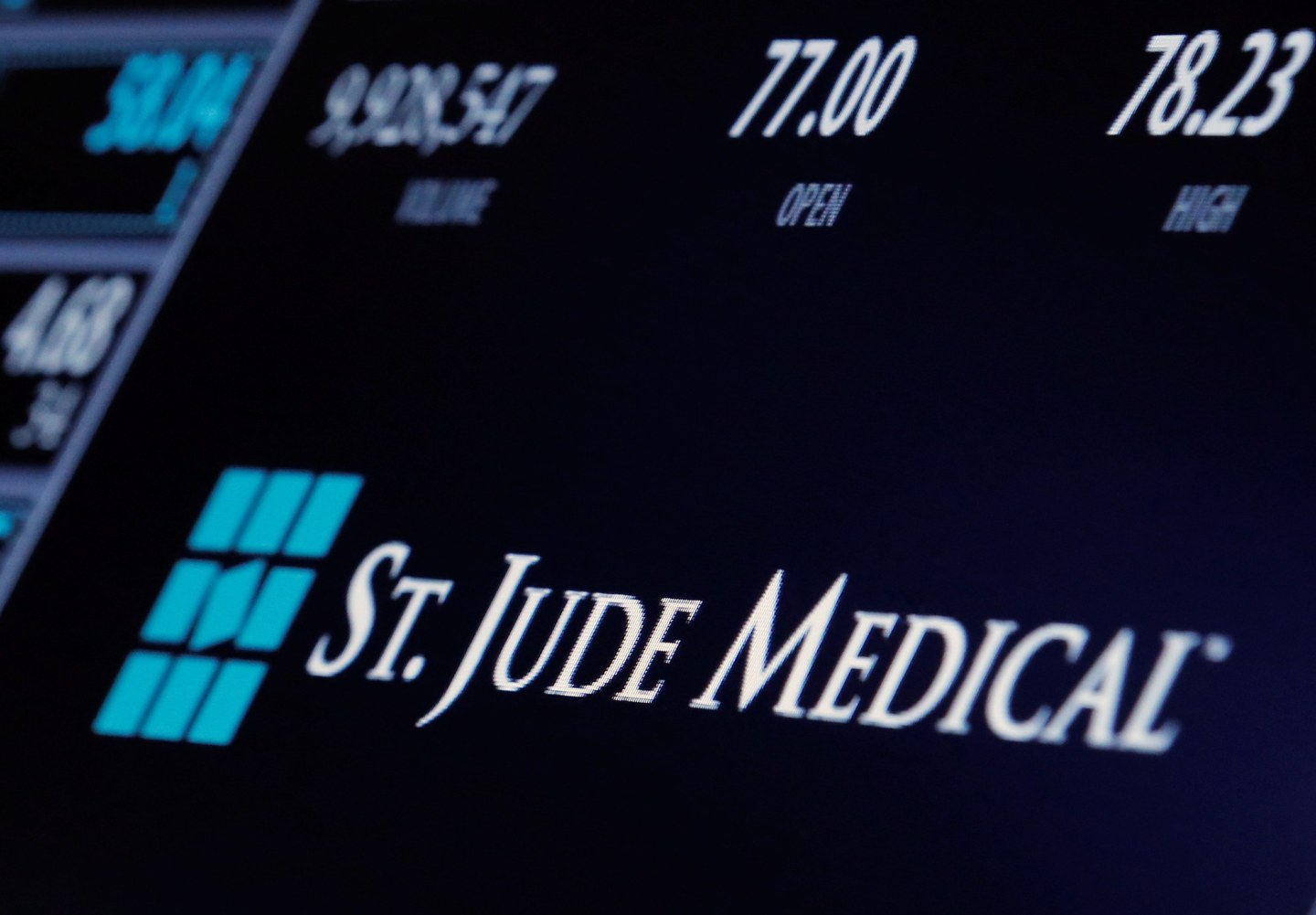 St. Jude Medical on Tuesday said it would recall some of its implanted heart devices due to risk of premature battery depletion, a condition linked to two deaths in Europe.

The device maker, in a letter to doctors, said potential battery depletion could occur among an estimated 398,740 company implantable cardioverter defibrillators (ICDs) worldwide—devices used to shock a dangerously racing heartbeat back to its normal rhythm. All contain batteries that were manufactured before May 23, 2015, when the company added insulation to reduce the chance of an electrical short circuit.

St. Jude said 841 devices had been returned to the company for analysis due to premature battery depletion, traced to a build-up of lithium clusters in the batteries. Depletion of power can quickly render the devices unable to deliver doses of electricity when needed, St. Jude‘s vice president of quality control, Jeff Fecho, said in an advisory to physicians.

“There have been two deaths that have been associated with the loss of defibrillation therapy as a result of premature battery depletion,” Fecho wrote in the letter.

The company said one of the patients died after his device alerted him, but a few days before his planned replacement.

The devices were introduced in 2010 and are meant to last for 7 years or longer, until their batteries are depleted, the company said. They are designed to vibrate at regular intervals once power is diminished, a signal to patients that they should visit their doctors for replacements within 90 days.

The company said the recall is not expected to have a material financial impact on the company, although many patients are expected to visit their doctors and some could request early replacements.

Mark Carlson, medical officer of St. Jude, said in an interview the company’s advisory board of physicians has strongly recommended that most patients not seek prophylactic replacements “because the risk associated with replacing the devices outweighs the low risk of a patient problem occurring.”

News of the issue surfaced late on Monday when short-selling firm Muddy Waters tweeted a copy of a physician advisory on the matter from St. Jude, which agreed in April to sell itself for $25 billion to Abbott Laboratories.

The letter said problems with the lithium batteries were rare and could be identified by patients using tools for monitoring battery levels at home.

Patients should seek immediate medical attention as soon as they get a low-battery alert from the monitoring devices, the U.S. Food and Drug Administration said, in announcing the recall.

“Hospitals should immediately remove any unused devices affected by this recall, and contact the manufacturer to receive corrected devices,” the FDA said.

St. Jude‘s shares were down 3.4% at $78.51 in midday trading on Tuesday, while Abbott’s were down 4.5%. A spokesman for Abbott said the company still expected to close the St. Jude deal by the end of the year.

The recall comes as St. Jude is defending itself against unrelated allegations that its heart devices are riddled with defects that make them vulnerable to cyber hacks.

Those claims were made by Muddy Waters and research firm MedSec Holdings. St. Jude has denied the allegations and sued both firms.

The FDA said on Tuesday its investigation into the cyber security vulnerabilities of the devices, including the Merlin@Home monitoring system, was continuing.

“Despite the allegations, at this time, the FDA strongly recommends that the Merlin@Home device be used to monitor the battery for these affected devices because the benefits of continued patient monitoring and the life-saving therapy these devices provide greatly outweighs any potential cybersecurity vulnerabilities,” the FDA said in a statement.

Cowen & Co analysts said in a note that while such letters were never a positive, they were common in the industry and there was little risk to St. Jude‘s business.

St. Jude advised patients to check its website for details on which devices were affected by the battery issue.

The site tells patients how they can monitor battery activity, look for vibrating alerts when batteries are low and connect to the Merlin.net remote monitoring service.

Battery-depletion advisories have been issued in the past by Boston Scientific Corp and Medtronic Plc.