LVMH Says No Way It Will Do Business With Amazon 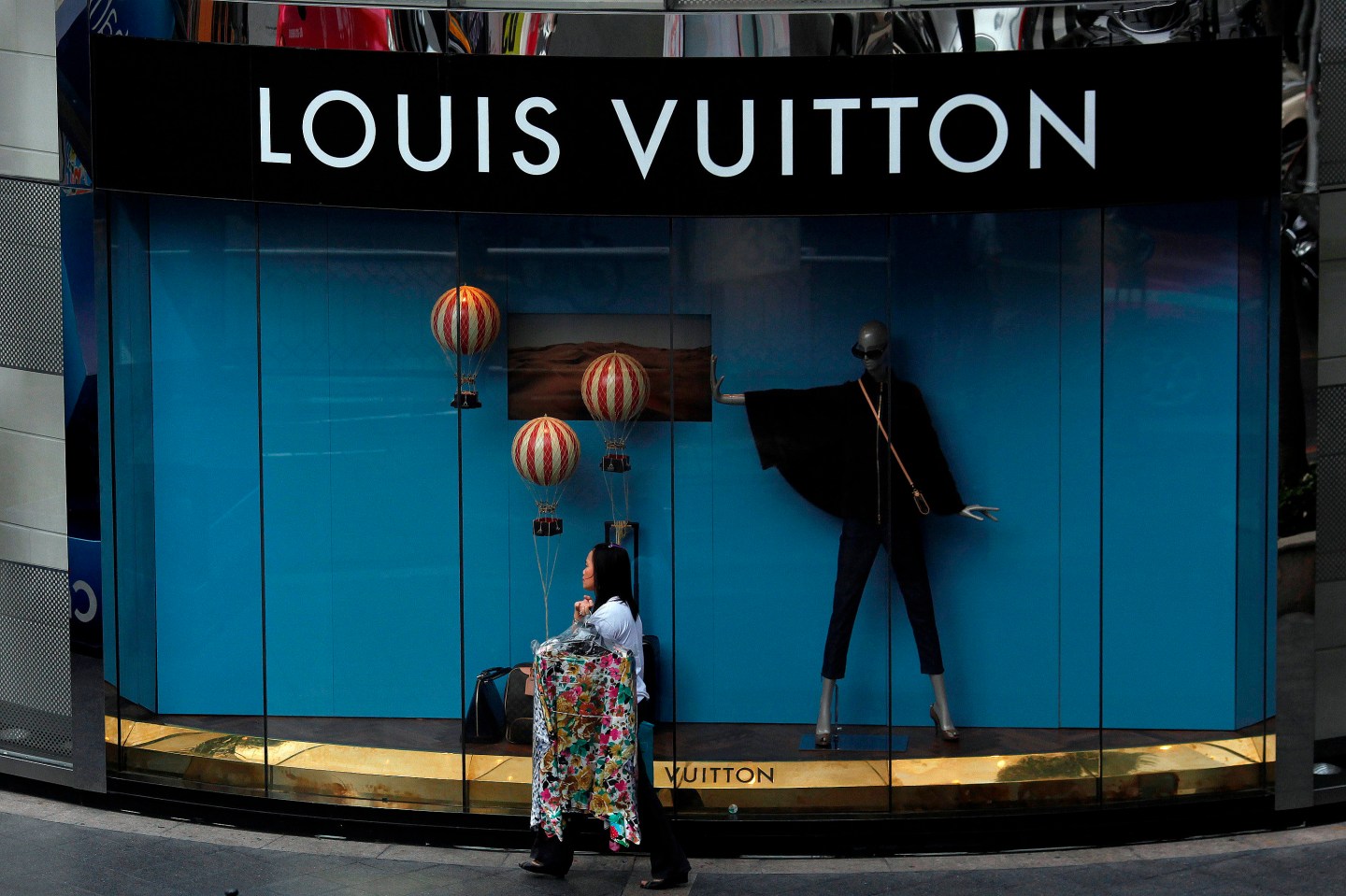 (Reuters) – Luxury goods group LVMH said there was “no way” it would do business with Amazon even though the Internet retailer was keen to take on more high-end brands.

Amazon currently sells mostly so-called “accessible luxury” brands such as Michael Kors, Calvin Klein and Kate Spade, but LVMH said it did not think it was an appropriate platform for its luxury brands.

“We believe the business of Amazon does not fit with LVMH full stop and it does not fit with our brands,” LVMH chief financial officer Jean-Jacques Guiony told investors in a conference call on Tuesday, after the group announced unexpectedly robust quarterly sales.

“There is no way we can do business with them for the time being.”

Amazon has been growing its fashion, jewelry and watch retailing in recent years but failed to attract heavyweight luxury brands as they are concerned the U.S. retailer’s product presentation and discounts could damage their image.

LVMH and other luxury goods groups such as Chanel and Richemont fought hard to obtain the right from the European Commission in 2010 to refuse partnering with certain websites, citing worries about pricing and counterfeits.

LVMH’s shares jumped by as much as 5.7% on Tuesday after the group reported much higher than expected third-quarter sales late on Monday, driven by strong trading at its flagship Louis Vuitton brand and revived demand from Chinese customers at home and abroad.

LVMH’s sales figures boosted investor sentiment towards the luxury sector, which has been relatively bearish in recent months, and lifted shares of peers such as Richemont, which gained more than 3% on Tuesday, and Kering, up 2%.

There is concern that tourists will stay away from major European luxury markets in the near future following recent attacks, while an uncertain global economic outlook could also keep demand subdued.

However, the group behind fashion brands Fendi, Dior and Guerlain perfume, said sales in mainland China had improved to “mid teens” in the third quarter from “mid single digits” in the first half. “The Chinese customer (who represents one third of LVMH sales) is doing very well,” Guiony told investors.

Without the negative impact of phasing out the Donna Karan brand, organic growth at the group’s all-important fashion and leather unit would have been more than 7%, rather than the 5 percent reported, Guiony told investors.

LVMH’s leading jewelry brand Bulgari had seen growth slow down as 2015 had been a bumper year, he said.

LVMH shares, which have now risen more than 14% this year, closed 4.5% higher valuing the group at 80.2 billion euros.