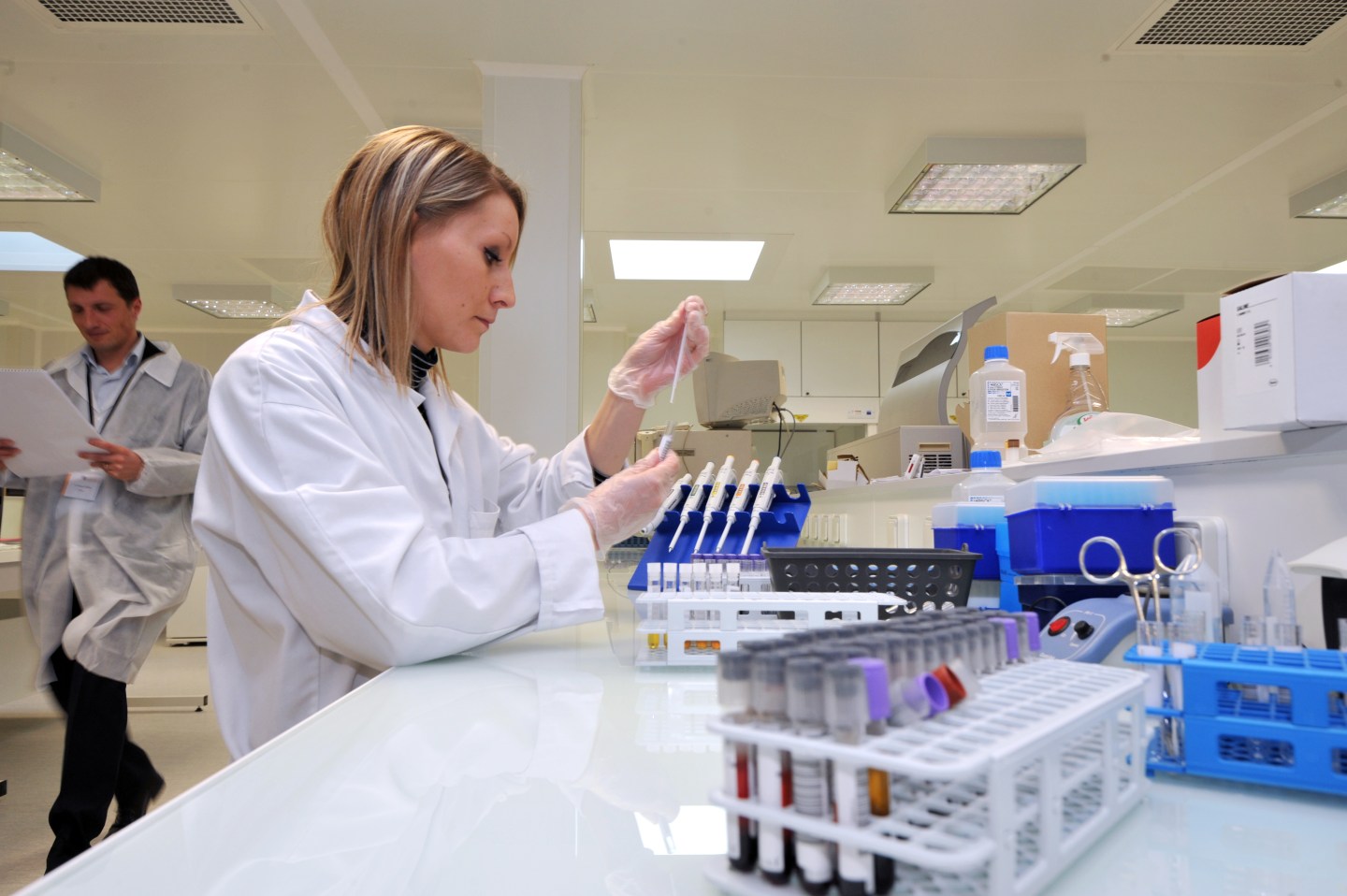 Japanese telecom conglomerate Softbank has led a massive, $130 million round in Zymergen, a three-year old Silicon Valley biotech startup. The company is trying to produce industrial chemicals from single-cell organisms, or microbes, to help make everything from surgical sutures to super fuel-efficient car parts.

Zymergen is going after a massive opportunity—industrial chemicals that are used in products like dish soap, ink, and paint are $3 trillion market. It also happens to be a market that depends on petroleum and other environmentally unfriendly products as its main ingredients.

Zymergen claims to be taking more of a sustainable approach the creation of microbes, attempting to create the building blocks of products from non-petroleum sources and to create new kinds of chemicals that would otherwise be difficult or impossible to develop.

An example of the types of chemicals Zymergen can create are lactic acids that you would see in plastic cups or enzymes that you might find in laundry detergents.

The reason why the company is tackling microbes is because, like yeast, these organisms are the planet’s most versatile chemical factories. When they consume carbon (usually, some form of sugar), and go through a process called fermentation, their form changes dramatically. Zymergen reprograms the genetic DNA of these microbes in large quantities to use them as microscopic “bio factories” that churn out valuable raw materials. Those ingredients can then be put to use commercially.

The other thing that distinguishes Zymergen is that some of the creation of these microbes are automated. The company has a robot workforce to do things like stir liquid around in a petri dish while human scientists supervise thousands of robot-controlled trials in a given week. Zymergen then takes the data from these microbe experiments and uses a proprietary algorithm to sort through millions of different genetic combinations to guide the experiments and develop the best chemical.

Zymergen CEO Joshua Hoffman explains that the combination of robotics and the microbes improves the economics of production for the company’s clients, which include many Fortune 500 companies.

“Companies don’t need to put in as much power into these processes and they end of saving money,” he says. A microbe can also be engineered to produce more of a given chemical giving companies more chemicals to produce their products, while saving money.

Hoffman declined to name the companies currently using Zymergen’s technology as well as the company’s revenue. But he did say revenue is growing, describing it as “substantial.”

“We had revenue from our first year onwards,” he adds.

The new funding will be purposed to help the company grow its workforce and scale its operations in Silicon Valley. In addition, Zymergen is adding former U.S. Secretary of Energy and Nobel laureate Dr. Steven Chu, and SoftBank’s managing director Deep Nishar to its board. This brings its total funding to over $170 million.