Here’s Why Our Next President Needs to Take Tech Seriously 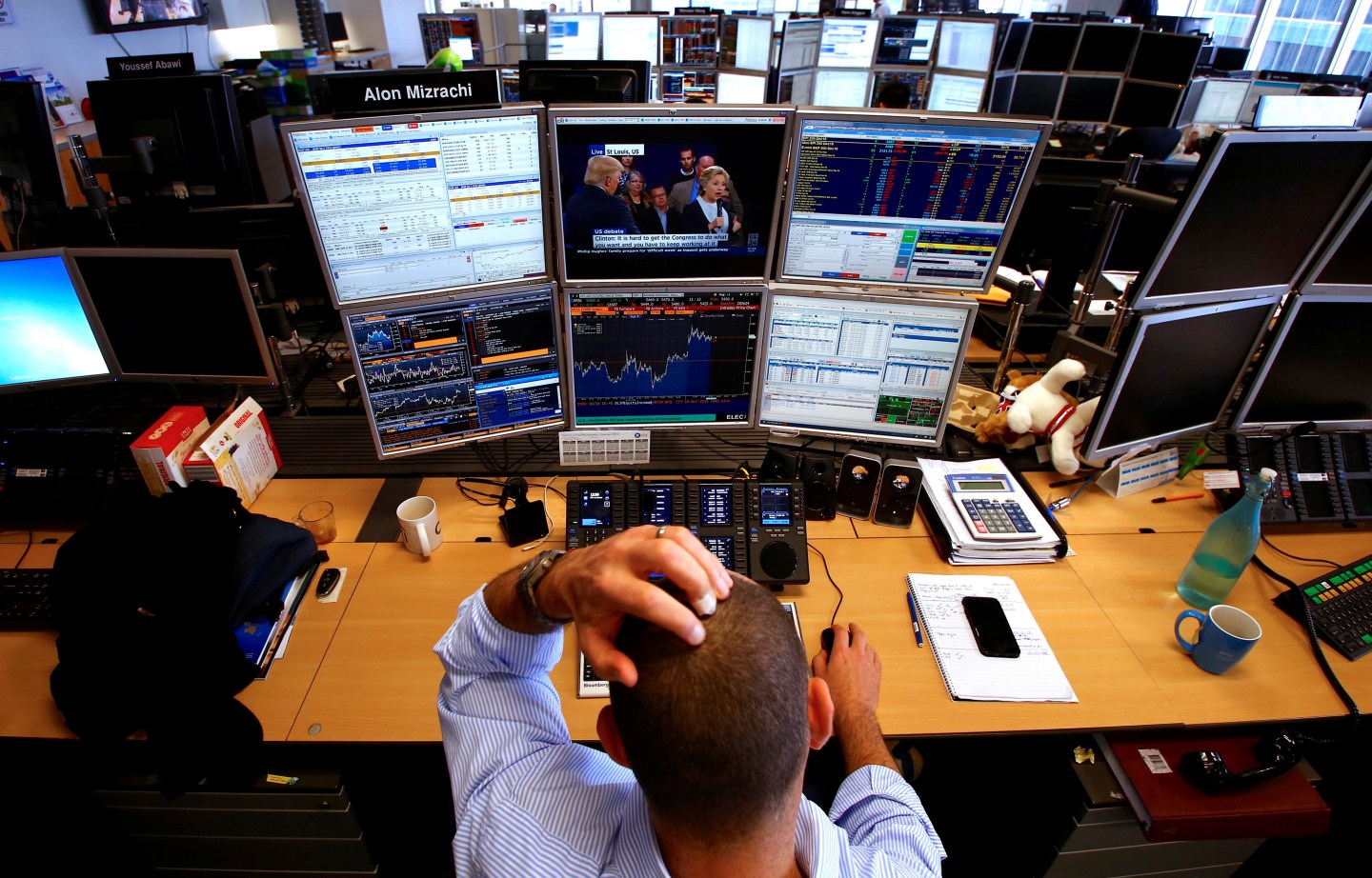 In just a few short weeks, we’ll be electing our next American President. Among myriad other duties, whoever gets the job will be tasked with overseeing one of the most significant technological expansions the world has ever seen. He or she will need to understand these new technologies to help the country reap the most benefits from them.

Of all the innovations just on the horizon, the one with the most game-changing potential is 5G wireless technology. 5G, which should begin rolling out during the next President’s term, will bring blazing-fast speeds to wireless devices from smartphones to connected thermostats. For the last 30 years, the technology industry mostly focused on connecting people to other people. With 5G, it will begin connecting people to devices, and devices to other devices. The latter is called the Internet of things, and it’s primed to profoundly change our lives, much the way the regular Internet has. It’s also a potentially huge source of growth—Cisco (CSCO) estimates IoT gear and software will become a $14 trillion market over the next decade.

5G isn’t the only innovation on the horizon. Connected and autonomous cars will hit the streets in the next decade. In combination with the IoT, they’ll “speak” to one another and to public infrastructure, helping us build smarter cities. Tech companies will roll out new ways to track our health, connecting us to our doctors to help us stay healthy. Artificial intelligence will be applied to just about everything that technology already touches. Digital security will become an even more vital issue, as businesses and individuals will be increasingly targeted by hackers. The very nature of computers will change, too, as virtual and augmented reality will be established as the new interface of computing, delivering new forms of utility and entertainment.

However, for all these innovations to thrive—and deliver potentially huge economic benefits—they will need the help of our elected officials. Lawmakers need to understand these technologies, as they will be called upon to craft new laws and regulations to bring these technologies about smartly and safely.

Therein lies a problem. If you look at our lawmakers across the country, I would venture to guess that most are not very technologically savvy. For our country to truly enjoy the benefits of these new technologies, we’ll need politicians and officials who understand how these innovations work, and how they stand to change our lives.

The agency at the forefront of all this change is the Federal Communications Commission, which in part oversees the critical wireless spectrum that will help enable the next wave of digital innovations. Whoever leads the FCC will need a broad vision of technology’s future that goes beyond television and radio and includes self-driving cars, the Internet of things, and so on. The agency has already been moving in that direction, making possible exciting new experiments with wireless technology and beyond.

For a look at the top tweets from the presidential debate, watch:

Of course, officials at all government agencies will be dealing with new technologies in their given jurisdictions. They, too, will need to understand these new innovations as they navigate a tech-everywhere world. Supreme Court justices, too will be forced to deal with technology-related cases more often. (Consider the Apple-Samsung showdown (AAPL) an example of this.)

Unless our lawmakers and other officials truly understand the role technology will have, they’ll slow any potential growth that such tech might otherwise enable. We need our leaders at all levels to understand how technology might help their constituents live better, more productive lives, and craft the proper laws and rules to make that happen.