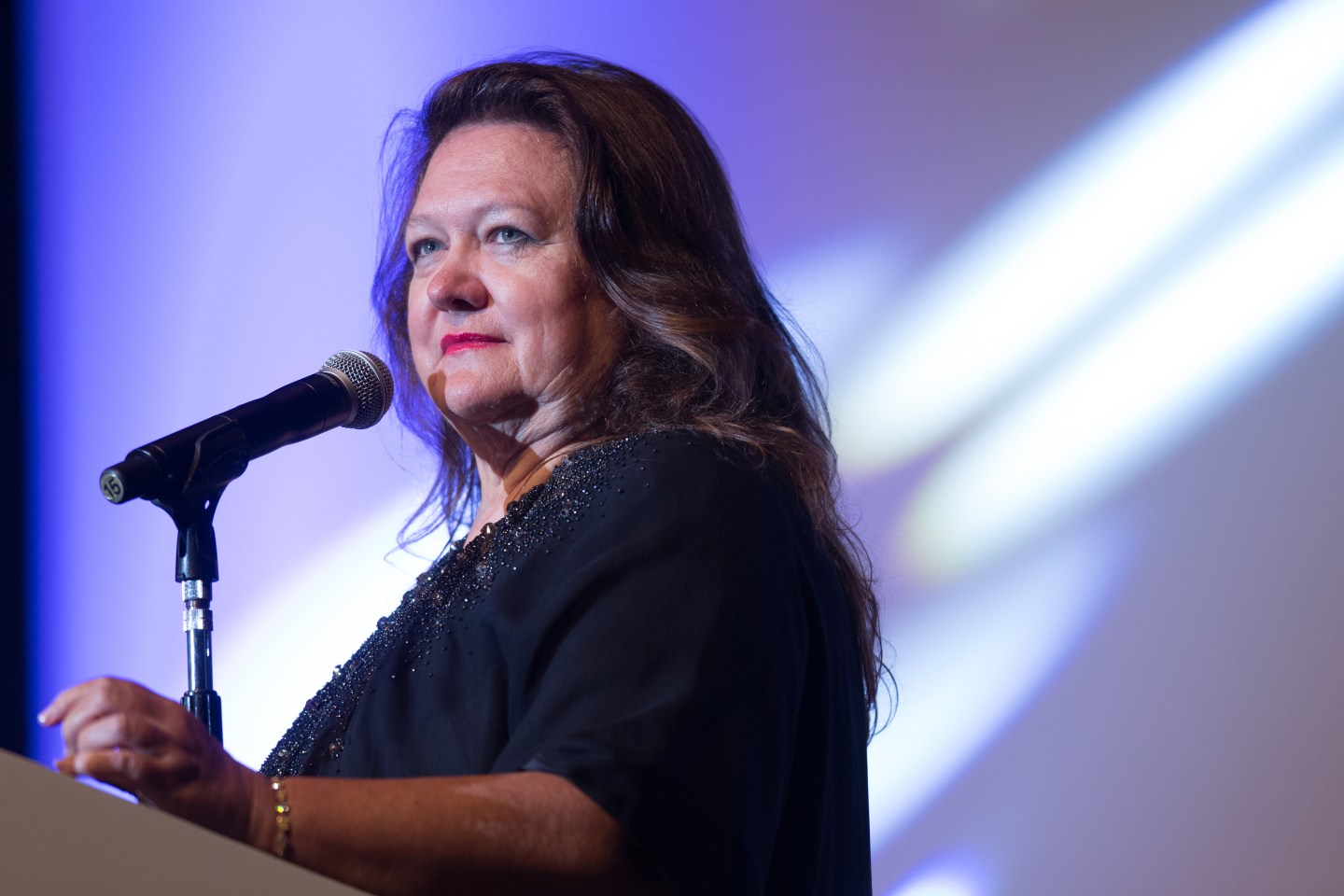 Australia’s richest woman, mining billionaire Gina Rinehart, seems to pride herself on hard work and expects nothing less from others.

She once wrote in a trade magazine, “If you’re jealous of those with more money, don’t just sit there and complain; do something to make more money yourselves—spend less time drinking, or smoking and socializing,” according to a 2013 New Yorker profile.

Perhaps it’s that no-nonsense approach that led to the announcement on Sunday that Rinehart, chair of the mining company Hancock Prospecting, is partnering with a Chinese firm to make a play for a historic Australian cattle company that owns a significant chunk of the country’s land. Rinehart’s $277 million bid (365 million Australian dollars) for the cattle business S. Kidman & Co., which owns over 1% of Australia’s land, was made in conjunction with the company Shanghai CRED. The plot of land up for grabs is bigger than the size of Ireland.

The offer comes at a touchy time for Australia as it contends with how to deal with China’s appetite for its assets. In August, it blocked a bid for its domestic-owned power grid Ausgrid by China’s State Grid Corp. At the time, Australian treasurer Scott Morrison cited national security issues as the reason for rejecting the move. And two previous bids for the Kidman-owned land by a Chinese consortiums were blocked on similar grounds.

Yet Rinehart’s bid—which would create a joint venture that would be 67% owned by her firm, Hancock Prospecting, and 33% owned by Shanghai CRED—may have better luck getting approval. Bloomberg reported that Prime Minister Malcolm Turnbull told reporters Monday, “I always welcome seeing Australian investment in Australian agriculture, as I believe all Australians do.”

The move by Rinehart, whom Forbes estimates to be Australia’s richest person with a net worth of $11.6 billion, is just the latest in a series of efforts she’s made to grow the business at Hancock. One of her most significant pushes since taking over the company in 1992 was a $7.6 billion ($10 billion Australian) iron ore project called Roy Hill, which is expected to reach its massive annual 55-million-tonne production goal this year.

Rinehart, a fan of Margaret Thatcher whose father, Lang Hancock, was a well-known iron-ore magnate, expressed confidence about her latest bid for a massive piece of Australian land. If it gets approval, Rinehart, who is battling with two of her four children for control of the family fortune, would get one of Australia’s biggest producers of beef that owns leases covering 101,000 square km in South Australia, Western Australia, Northern Territory, and Queensland.

“Kidman is an iconic cattle business established more than a century ago by Sir Sidney Kidman,” Rinehart said in a statement. “It is an operation founded on hard work and perseverance by an outstanding Australian, and is an important part of Australia’s pioneering and entrepreneurial history.”

If the deal is approved, the land would add to the more than $200 million she’s invested in cattle areas over the past two years. Rinehart—who the BBC says once replied to a question about her definition of beauty with the line, “beauty is an iron mine,”—seems to think land can be pretty attractive these days, too.