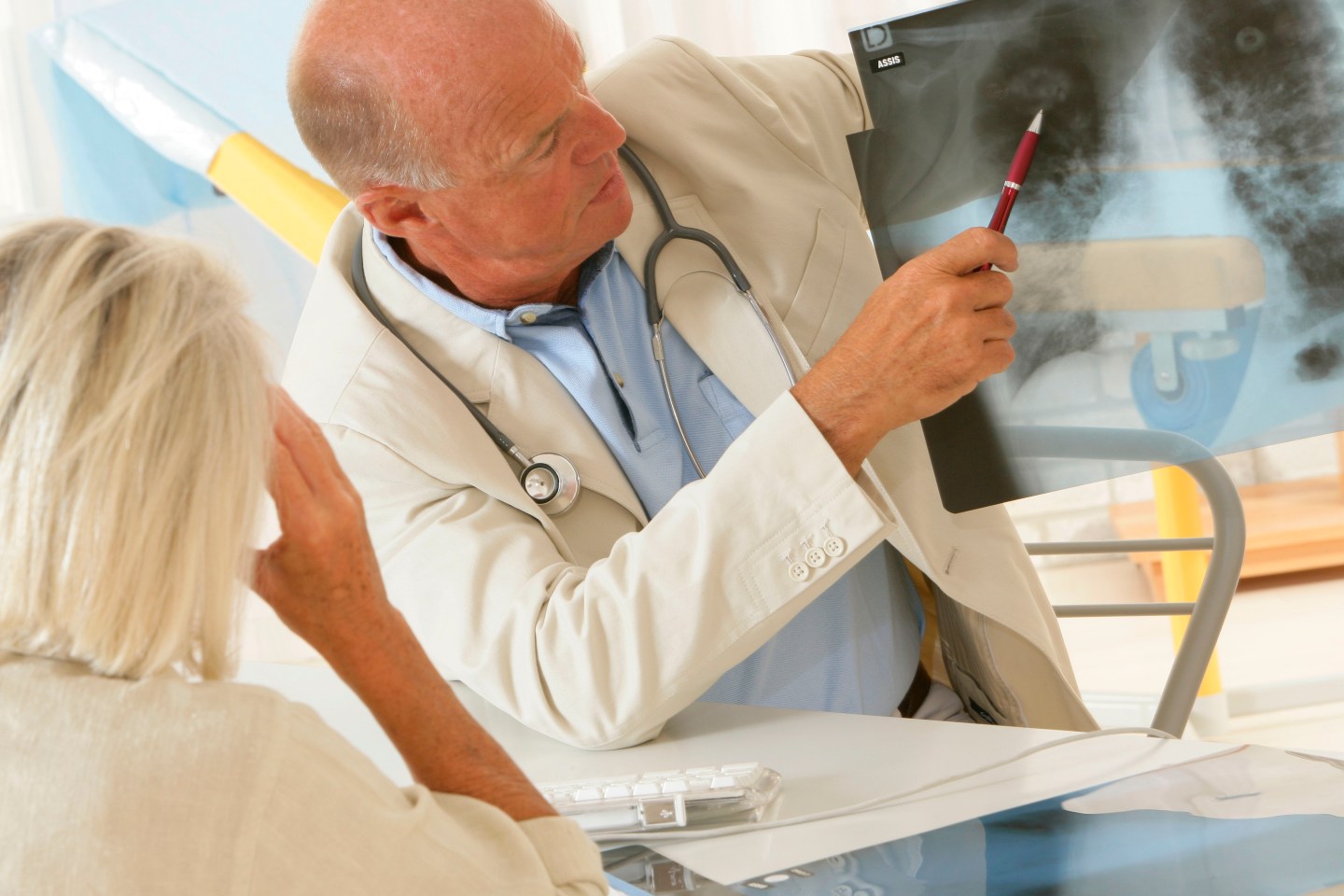 Bristol-Myers Squibb (BMY) shed 10% of its market value on Monday on the heels of disappointing data for its star cancer drug Opdivo. And it’s likely to provide comfort to the pharma giant’s main rival in the space.

Opdivo is part of a new generation of cancer immunotherapy treatments that harness the power of the immune system to battle cancerous cells. Major biopharma companies have been tripping over each other to develop these pricey new drugs and to test them in combinations with their existing medicines. For instance, Roche/Genentech has a competing product called Tecentriq while Merck (MRK) actually beat Bristol-Myers to a Food and Drug Administration (FDA) approval of its own rival drug, Keytruda, in 2014.

Opdivo and Keytruda have been racking up approvals since their original indications for melanoma, and are being tested in dozens of cancers. But one closely-watched area of contention has been in advanced lung cancer, with both Bristol-Myers and Merck scrambling to become a first-in-line, go-to option for the disease.

Those hopes dimmed considerably for Bristol-Myers after the company unveiled new information at the European Society for Medical Oncology (ESMO) in Copenhagen on Sunday. Patients with non-small cell lung cancer (NSCLC) actually fared better on standard chemotherapy than they did on Opdivo (chemotherapy-treated patients’ cancer took 5.9 months to worsen whereas Opdivo-treated patients’ cancers worsened within 4.2 months). The therapy also failed to show a benefit in overall survival rates.

The new results seem to confirm disappointing Opdivo data from August which sent the company’s stock tumbling 16% at the time. “This data represented a worst-case scenario for Opdivo,” said Sanford Bernstein analyst Tim Anderson of the results in a note.

The news comes as a boon to Merck’s Keytruda, which has actually been getting lapped by Opdivo in sales because it requires doctors to administer a diagnostic test to see whether the treatment will be effective for a patient before prescribing it (Opdivo doesn’t require such a diagnostic).

Keytruda has shown promise in treating these very lung cancer patients, even extending their lives more than chemotherapy. And now, it appears that it may win a first-line indication for the disease while its rival fails to do so.