Why Austin Is the Rockstar of Small-Business Cities 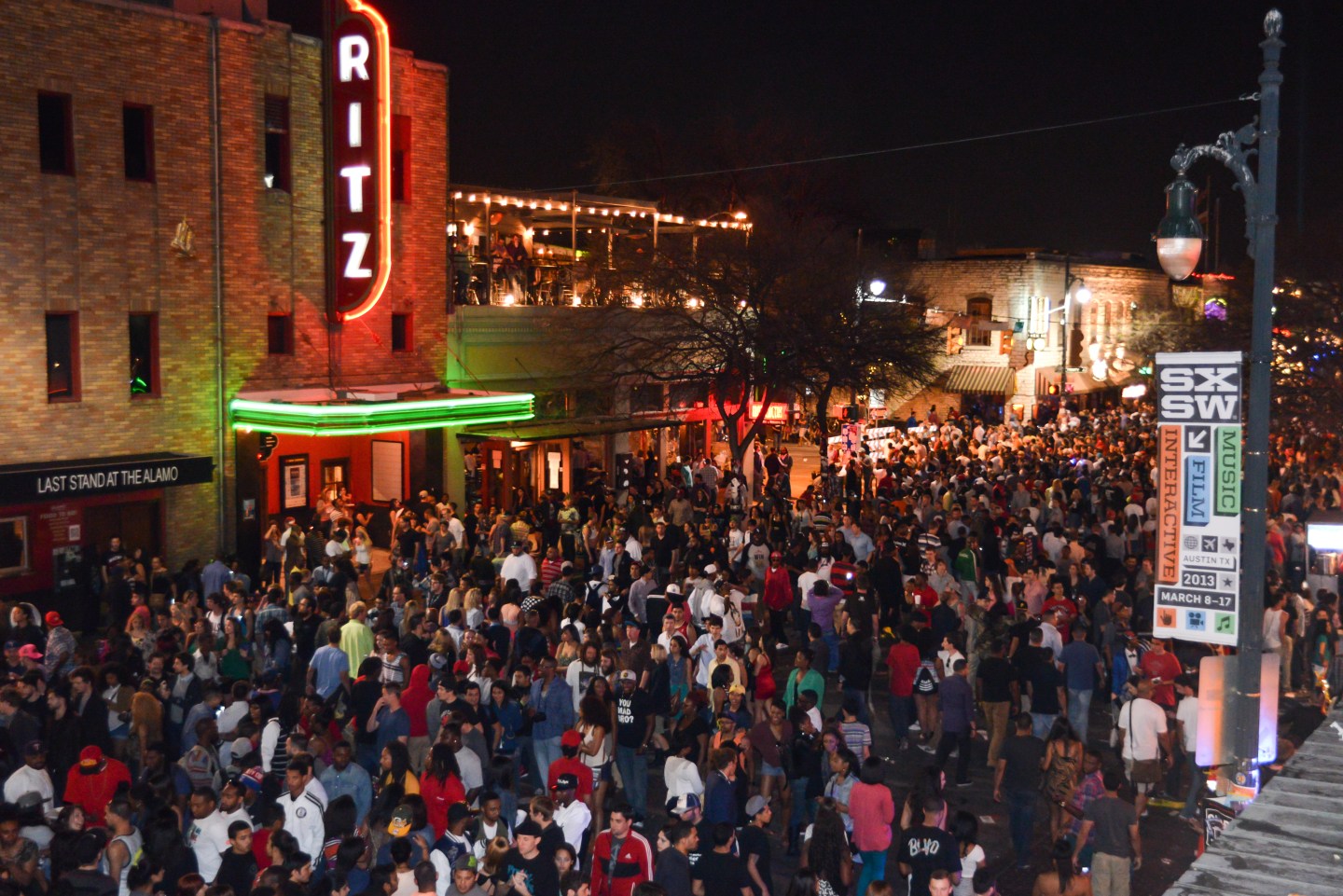 Small is getting big in Austin. The Texas capital recently was named the #1 place in America to start a business by CNBC, the top city for “small-business vitality” American City Business Journals, and the top city for launching a technology startup by Sungard Availability Services. And that’s not to mention the accolades from the Kauffman Foundation.

How did Austin climb to the upper echelons of the small-business and startup landscape? The reason may surprise entrepreneurs.

In the heart of a state associated with cowboy capitalists, the small-business scene in Austin is thriving in large part by embracing a model that has more to do with a supportive community than rugged individual risk-taking. Put simply, Austin’s startups and small-businesses are borrowing from the city’s legacy as a place where music lovers connect and build each other up—using the city’s network effects to create something bigger.

“Most people in the Austin business community will make time to help fellow entrepreneurs, even when there’s no apparent or immediate benefit for themselves,” says Allen Stone, co-founder of PetCru, a two-year-old start-up in the city that provides in-home pet care services. “From the day we launched PetCru, we’ve had Austin-based pet-related businesses seek us out to support us, participate in events with us, and share industry learnings.”

There are a few reasons for the shift to the small. It’s become easier than ever to start up a company in an era of e-commerce, online business education and Obamacare health care options. Those seeking to be their own boss have options—they can aim for a steady, modest local business, or attempt to launch the next global phenom a la Twitter, Google or Facebook. Pop culture has added to the allure of entrepreneurship, with shows like Shark Tank, Silicon Valley and The Profit fueling small biz and start-up hopes.

What’s more, many young people in particular are saying “no thanks” to jobs in traditional corporate America, having seen their parents laid off and witnessing the way big companies can grind down dreams and preempt work-life balance.

Part of Austin’s formula for a small business surge is fairly well established: create an environment with the right pieces, including investors, good business schools, incubators, not too much red tape, and a critical mass of people with a business idea and big aspirations.

“Austin is the best place in the nation to grow a small business … because our ecosystem has it all: entrepreneurs, incubators, investors, business school involvement and community-building events,” says Kevin Johns, Director of the City of Austin’s Economic Development Department.

Johns’ last ingredient gets at a crucial, less-appreciated part of the city’s secret sauce. In Austin, we’ve found that small businesses love to get together, and share an underlying ethos of mutual support. Co-author Matthew Pollard helped organized a Small Business Festival in May of this year, designed to allow local entrepreneurs and small companies the opportunity to share wisdom and resources. And the way the local small-business community rallied behind it was striking—in just two months’ time, 70 speakers agreed to present free of charge, 20 additional volunteers signed up to help and 12 venues said they would donate space. Ultimately, the festival had more than 1,200 participants.

This cooperative spirit was largely what drew Matthew to Austin in the first place. An Aussie native and entrepreneur, Matthew chose Austin as a new home because it stood out from his home country and other U.S. cities for avoiding what he terms a “crabs in a bucket culture”—where people give lip service to supporting others but ultimately resent and even try to pull down the successful, just as crabs will do to each other in trying to escape a bucket. The ones that make it out often end up feeling little obligation to help the rest.

It’s different in Austin. Austin folks truly celebrate each other’s wins. And they have a greater sense of wanting to give back.

“It seems like entrepreneurs in Austin are a small community,” says Jaime Masters, a business coach based in the city and host of the “Eventual Millionaire” podcast. Masters says Austin’s business climate is “very unlike any other start up culture I have ever seen. The people here in Austin actually seem to care even more than the small town I came from.”

At Great Place to Work, Ed Frauenheim’s organization which partners with Fortune to create rankings on the world’s best workplaces, Austin has obvious appeal. The research and consulting firm decided to host its annual Small & Medium Business Conference in Austin in October in part because the business community’s collegial spirit is perfectly aligned with one of the key tenets of a great workplace: a strong sense of camaraderie. It’s as if the many networked, supportive small firms in Austin are the employees of a thriving company where people enjoy working together. When team members feel camaraderie and pride on the job in a climate of trust, business results soar—and this is a fair description of Austin’s bustling, booming community of entrepreneurs and small firms.

Great Place to Work also wanted to bolster the region’s growing cadre of small companies that are working to build great, high-trust workplaces. Ed and his team soon found that local organizations were more than willing to share their knowledge with others. Of course, that spirit of collaborative creativity is famously part of the city’s artistic legacy. It is why Austin is considered a mecca for independent music and what led to its South By Southwest festival—which over the years has broadened into interactive media and film and whose flagship event now has a start-up track.

Back in 1986, the founders of South By Southwest worried the Austin community would initially resist their plan for a global music festival. But they were pleasantly surprised. “It was quite the opposite,” writes Roland Swenson, SXSW Managing Director. “Almost everyone wanted to be involved.”

In a perfect example of the way Austin is blending its business and music cultures, semiconductor maker Cirrus Logic is inviting Great Place to Work conference attendees to experience its on-boarding program, where new employees work with local musicians to craft a song to introduce themselves.

It’s just this sort of behavior that is allowing the small to get big best in this city. Rock on, Austin.

Matthew Pollard is an Austin-based business consultant and founder of Austin’s Small Business Festival. Ed Frauenheim is Director of Research and Content at Great Place to Work, the longtime research partner for Fortune’s annual list of the 100 Best Companies to Work For and other best workplaces lists. Watch for Fortune and Great Place to Work’s list of the Best Small and Medium Workplaces to be published October 12. And we invite Texas-based companies to participate in the first annual Best Workplaces in Texas list, to be published by Fortune and Great Place to Work January 24, 2017.