Trump Tapes and Clinton Leaks: One of the Craziest Weeks American Politics Has Ever Seen 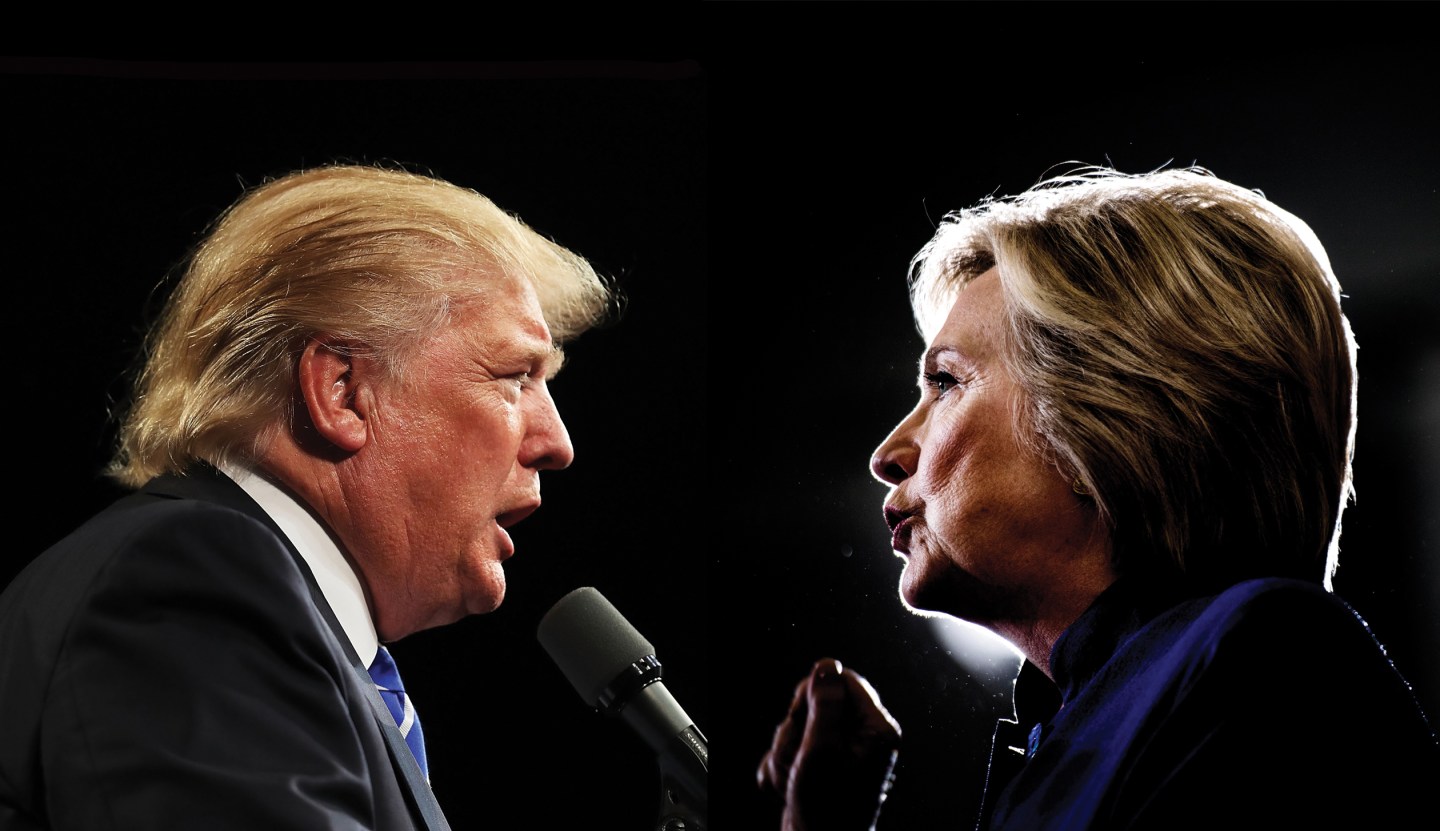 The Founders never promised campaigns would be ennobling. But when does this one reach bottom?

Maybe yesterday, with the revelation of Donald Trump’s vile comments about groping women, caught on tape in 2005. Then again, maybe not. In a 90-second video released after midnight, the Republican presidential nominee curtly apologized for the remarks, then pledged to launch personal attacks against the Clintons “in the coming days,” even as support for his candidacy among party leaders appears to be teetering. And there could be more revelations to come. If you haven’t already, you will no doubt be hearing your fill about the 2005 tape soon.

So suffice it to say here that the blowup renders Trump’s already-fading prospects more remote.

Now, with Hillary Clinton looking ever likelier to win the presidency, another major revelation yesterday deserves closer attention than the firestorm over the Trump tape allowed. Excerpts of Clinton’s paid speeches to major firms on Wall Street and beyond — the subject of heated speculation for over a year — posted online as part of a WikiLeaks hack of Clinton campaign chairman John Podesta’s email. The excerpts reveal a very different Clinton than the candidate who’s embraced the insurgent populist suspicion of big business on the trail.

Behind closed doors to high-paying corporate crowds, Clinton talked up her enthusiasm for free trade, endorsed partnering with Wall Street on industry reforms, and bemoaned that the political climate made it more difficult for the wealthy to serve in government. “My dream is a hemispheric common market, with open trade and open borders, some time in the future,” Clinton told a Brazilian bank in 2013, two years before pressure from the left compelled her to abandon the Trans-Pacific Partnership she’d championed as Secretary of State.

Later that year, in a speech to Goldman Sachs , she discussed the need for balance in regulating the financial industry — “too much is bad, too little is bad,” she said — and suggested striking it by working with industry leaders: “The people that know the industry better than anybody are the people who work in the industry.” At several points, Clinton nods toward the value of offering a public line more skeptical of business. For example, she told a Deutsche Bank audience in 2014 that those shaping financial markets have to command trust and confidence, adding, “So even if it may not be 100 percent true, if the perception is that somehow the game is rigged, that should be a problem for all of us, and we have to be willing to make that absolutely clear.”

After all, in order to do the unsavory work of cutting a political deal, she said in another talk, “you need both a public and a private position.” It’s possible Clinton shaded these private remarks to appeal to audiences that paid a lot to hear them. But they nevertheless signal, as our October cover explained, her core instincts are more moderate than the rhetoric she’s adopted for this campaign.

A version of this story originally appeared in Fortune’s newsletter, the CEO Daily. You can subscribe here.