Melania Trump: Donald’s Words Were ‘Unacceptable and Offensive to Me’ 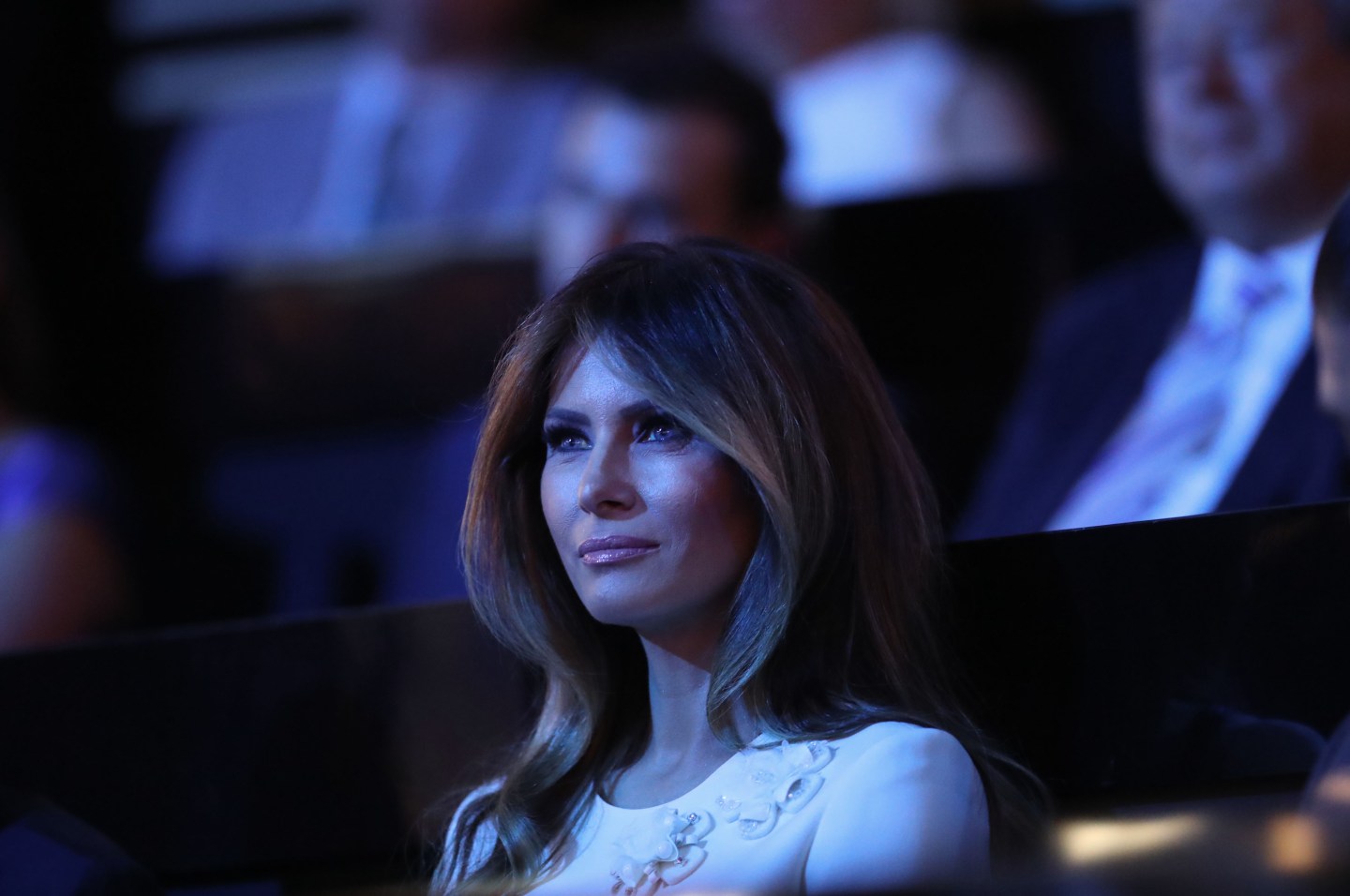 Melania Trump on Saturday said her husband’s words were “unacceptable and offensive,” commenting on a leaked recording from 2005 in which Donald Trump made lewd comments about women.

“The words my husband used are unacceptable and offensive to me,” Melania Trump said in a statement. “This does not represent the man that I know. He has the heart and mind of a leader. I hope people will accept his apology, as I have, and focus on the important issues facing our nation and the world.”

Melania Trump’s statement referred to tapes published Friday by the Washington Post in which Donald Trump boasted about being able to grope women because of his fame. “And when you’re a star, they let you do it,” he says in the recording. “You can do anything.”

The Republican nominee’s remarks have been met with severe backlash. His running mate, Mike Pence, said that he “cannot defend” the remarks. Other Republicans have condemned the comments, and many have called for Donald Trump to withdraw from the race.

In interviews on Saturday, Trump said he would never drop out.