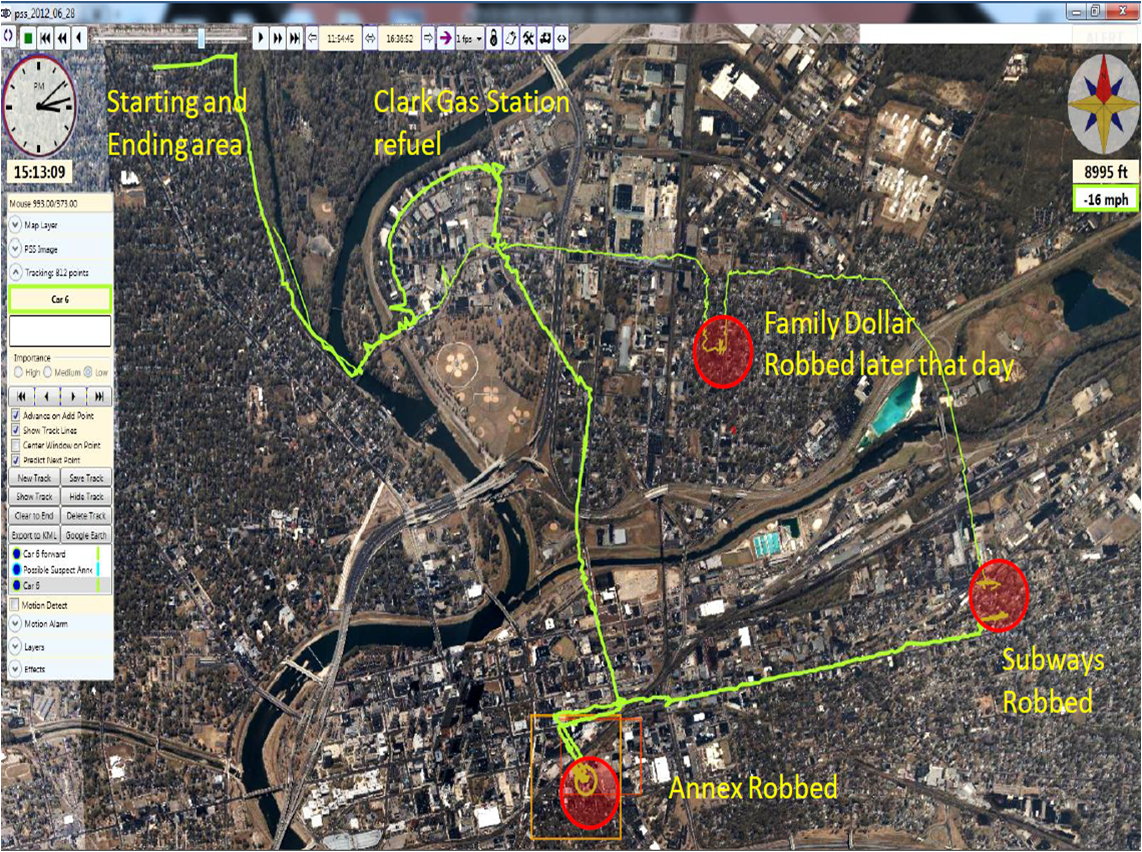 Baltimore police on Friday released data on its controversial aerial surveillance program, under which a piloted plane invisibly monitors huge swaths of the city with a sophisticated camera array.

According to officials, the program involved roughly 100 flights and 314 hours of surveillance between January and August of this year, during which more than 1 million photographs of the city’s streets were taken from above—roughly one every second. Officials also stated that the program will continue, despite significant public resistance.

Law enforcement officials and the program’s architects, Dayton, Ohio-based Persistent Surveillance Systems, argue that it provides unprecedented precision in identifying and tracking criminal suspects. Photos taken by the aerial cameras can be reviewed after a crime, and are powerful enough to follow the movements of fleeing suspects, helping police hunt them down, or even identify movement patterns over time.

But civil liberties groups and citizens have called the technology a violation of privacy rights. Skepticism of the program in Baltimore may have been exacerbated by distrust of the police following the death of Freddie Gray while in Baltimore police custody, one of the incidents that fueled the Black Lives Matter movement.

At least as concerning was the unusual management structure of the program, which was initially kept secret from Baltimore’s elected leaders. $120,000 in funding came from Texan philanthropists Laura and John Arnold, and, the Baltimore Sun earlier reported, was channeled to police through the private Baltimore Community Foundation.

For more on surveillance, watch our video.

The technology behind the program, as detailed by the public radio program Radiolab, began life in war-torn Iraq where Persistent Surveillance Systems founder Ross McNutt, then an Air Force engineer, developed the system to help the military track the movements of insurgents. Persistent Surveillance Systems has since tested its system in Dayton, Ohio; Compton, California; and in combating drug gangs in Juarez, Mexico. In Dayton, the program was met with such public resistance that it was discontinued.

But in Friday’s statements, Baltimore police said that the program will return there after being on hiatus since early August. The camera-laden plane, which flies at altitudes too high to be seen from the ground, will be deployed during next week’s Fleet Week events and during the Baltimore Marathon later this month.

That acceptance could be a significant breakthrough for Persistence Surveillance Systems, which has in recent years mostly been using their tools to analyze traffic, rather than criminal activity.