Why Did It Take So Long For The New York Times To Tell The Truth? 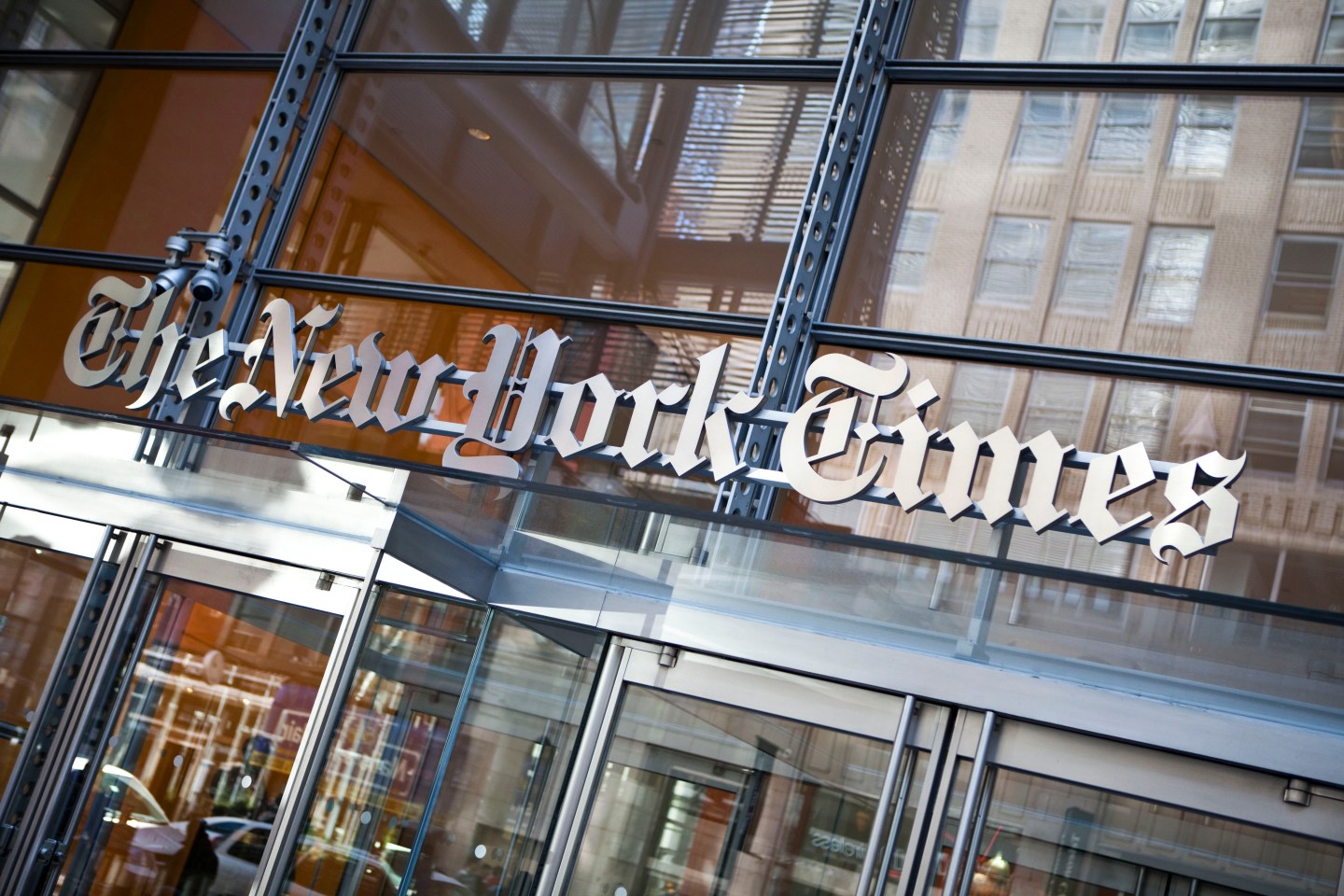 There are a lot of things we can blame Donald Trump for, but the Republican presidential candidate has accomplished at least one thing of value: By lying so repeatedly and enthusiastically, he has managed to convince the New York Times that it needed to be more skeptical.

This assessment comes from the Times‘ executive editor Dean Baquet, in a recent interview with media analyst Ken Doctor, published by the Nieman Journalism Lab.

Before Trump came along, Baquet says the paper struggled with how to call out obvious lies. “I think that Trump has ended that struggle,” he says. “I think we now say stuff. We fact-check him. We write it more powerfully that it’s false.” At one point, Doctor suggests that Trump gave the Times “the courage” to assert the truth.

Courage? If you’re not a media insider, this might strike you as a little odd. Shouldn’t the New York Times of all places be skeptical when it comes to political statements in particular?

@jayrosen_nyu really? i think it’s embarrassing they think this is some huge accomplishment and not basic journalism.

It’s not just that the Times is one of the world’s leading journalistic outlets. The paper also got a very painful reminder of how dangerous it can be to accept what politicians say at face value, when its reporting on the lead-up to the Iraq War turned out to be a tissue of lies fed to one of its reporters.

Baquet even refers to this in his interview, saying part of the problem with the Times‘ Iraq coverage was that the paper and its reporters “tend to believe what politicians tell us.”

“The dirty secret of news organizations — and I think this is part of a story of what happened with Bush and the Iraq war — [is that] newspaper reporters and newspapers describe the world we live in,” Baquet says. “We actually tend to believe what politicians tell us — which is a flaw, by the way.”

The lesson of the Iraq war, the Times editor says, was that “I don’t think people really believed that the administration would actually lie about the WMDs. Who really believed that Colin Powell would get up in front of the United Nations, a guy who was known for integrity? I think that was a shock to the system.”

This shock to the system occurred in 2003. So why did it take more than a decade and the rise of Donald Trump to convince the New York Times that it should call a lie what it is?

The answer, as New York Times media writer Jim Rutenberg suggested in a recent piece, probably has something to do with the commitment that the media has always had to the principle of objectivity.

In much the same way that journalists like Chris Wallace have said they don’t believe debate moderators should call out lies, because that would be equivalent to expressing an opinion, the Times and other newspapers have always believed that journalists should be rigorously balanced at all times.

A Donald Trump presidency could hurt the stock market. Watch:

As recently as 2012, the Times’ former public editor was asking whether the paper’s reporters were supposed to be “truth vigilantes” by fact-checking the statements of politicians during interviews. Just the fact that this question had to be asked said a lot about the paper’s approach.

Where this traditional “view from nowhere” (as NYU journalism professor Jay Rosen has called it) falls down is when someone like Trump says things to which there is no rational response other than “that’s a lie.”

So perhaps we should thank the Republican candidate for finally convincing the New York Times that it’s okay to say someone is flat out lying when that’s clearly what is happening. Let’s hope they continue to do so even after the current election campaign is over. It would have been nice if they had started a little sooner.