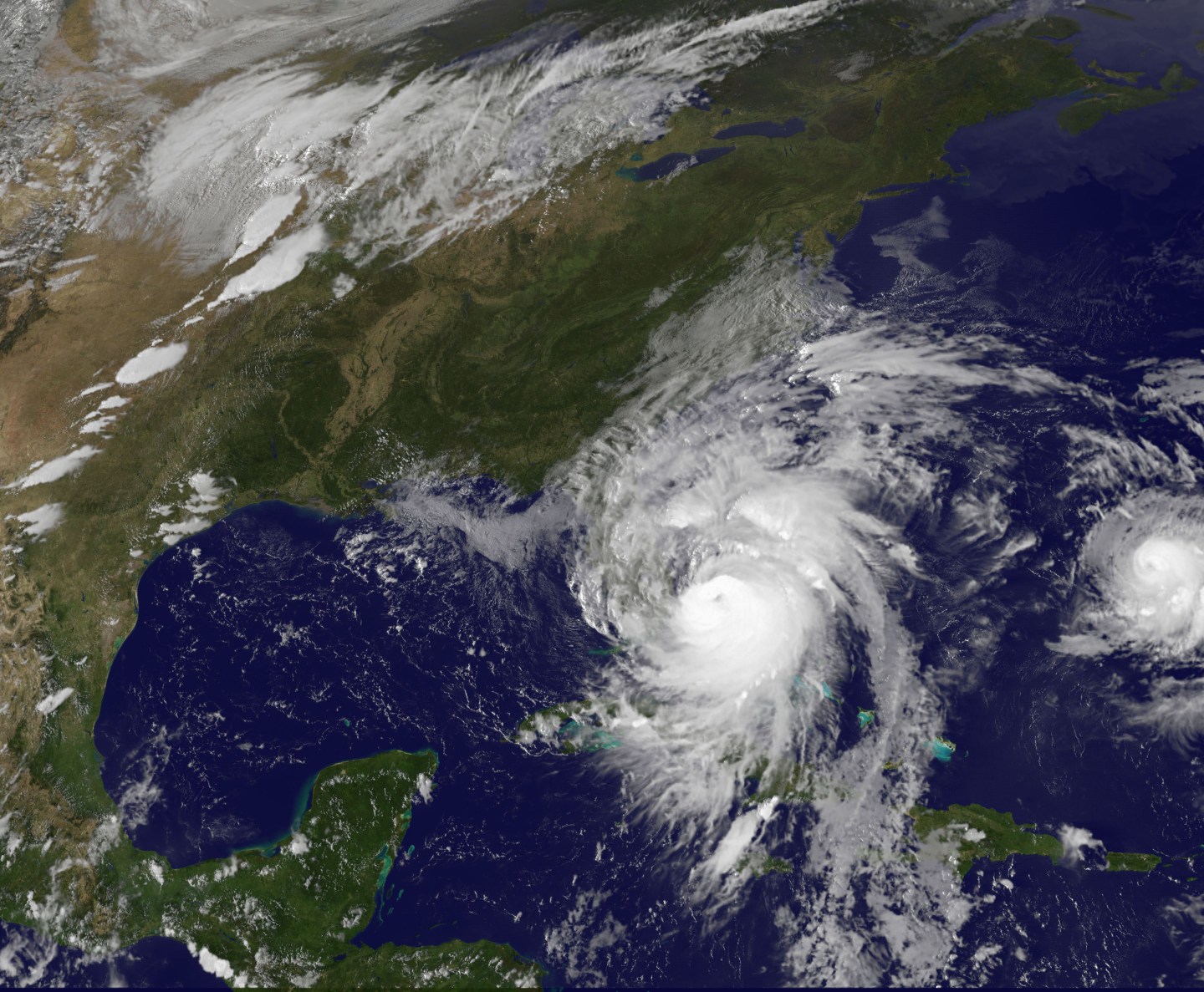 Southern Florida has been remarkably lucky to have gone 11 years without a land-falling hurricane. But it appears that luck has run out for the Sunshine State, and possibly in a bigger way than meets the eye.

As of late Thursday, Hurricane Matthew had attained Category 4 status and was barreling toward Florida’s Atlantic coast . It will be the first hurricane to make landfall in southern Florida since Hurricane Wilma in 2005.

But many forecast models are calling for the storm’s return around the middle of next week.

Hurricanes are rated on a scale from Category 1 to Category 5. At Category 1 status, hurricanes must have minimum sustained wind speeds of 74 mph, and if winds reach 157 mph, the storm can be given the highest rating of Category 5. Hurricanes rated Category 3 and above are considered major.

Matthew, which first became a tropical storm on Sept. 28, has already ravaged Haiti, the poorest country in the Western Hemisphere. At least 261 people have been killed there, local officials said, and structural damage is catastrophic in places that took a direct hit.

Now, Matthew is bearing down on Florida and is set to affect East Coast residents as far north as North Carolina over the next three days. The storm has caused four states to declare a state of emergency, and some 1.5 million Florida residents have been urged to evacuate.

But once Matthew leaves Florida, it may not be gone for good.

WHAT GOES AROUND COMES AROUND AGAIN?

Since Matthew is expected to ride the coastline from southern Florida to the Carolinas instead of traveling inland over the next three days, the warm coastal waters will continue to provide the fuel required to potentially maintain major hurricane status for most of the way.

But by Sunday morning, Matthew will run into an east-moving low-pressure trough that will stop the hurricane’s northward progress and push it out to sea. This is where things start to get interesting.

Conditions may be just right in the ocean and atmosphere at that time to curve Matthew back around toward the southwest and return to Florida for Round Two. As of midday Thursday, the hurricane was forecast by the U.S. National Hurricane Center to drop to tropical storm status (sustained winds of between 39 and 74 mph) by Monday morning.

By Tuesday morning, the NHC places what would be Tropical Storm Matthew just to the northeast of Grand Bahama, not too far from where it was late on Thursday.

The last thing Florida needs as it picks up from Round One is another tropical storm, regardless of how weak the second pass is. While the potential Round Two is forecast to be much less severe, it would hamper recovery efforts and could even worsen any existing damage.

Atlantic hurricanes typically move off to the northeast once they have reached the mid-latitudes due to the nature of atmospheric motion there. Hurricanes that re-curve back toward the continent are relatively rare, but they can happen.

This occurred back in 2004 when Hurricane Ivan, a strong Category 3 at the time, made landfall in Alabama. It then traveled over land and out to sea over the Carolinas, only to make a hard right turn, and headed all the way down to southern Florida where it made landfall as an extratropical cyclone – much weaker than a tropical storm.

Even more of a wild card is nearby Hurricane Nicole, a Category 1 as of midday Thursday. Nicole sits about 330 miles south of Bermuda and due east of Matthew =

Nicole will remain relatively stationary over the next couple of days, but by Monday it is expected to finally make a dive to the northwest – just about the same time that Matthew will be making its way east off the Carolinas.

The potential collision of two hurricanes is a weather nerd’s fantasy, but it has happened before and even has a name. The “Fujiwhara effect,” named for the Japanese meteorologist who first described the interaction, is when two nearby cyclonic vortexes orbit each other and narrow the distance between their centers.

Eventually the two storms can merge or cause a completely new storm to form. This phenomenon occurred most recently in the North Atlantic in 1995 and twice in 2005. But what will happen with Matthew and Nicole is somewhat unknown at this early stage.

The interaction could be part of the storm’s potential return to Florida next week and could certainly cause changes in intensity. The main element added by Nicole and the Fujiwhara effect is unpredictability, so the forecast will bear careful watching, especially toward the end of the weekend.

Nicole’s possible impact on Matthew is something for Floridians to worry about next week. For now, they need to brace for Matthew’s initial brunt on Friday.