Deutsche Bank Is Reportedly Talking to Other Banks About Raising Capital 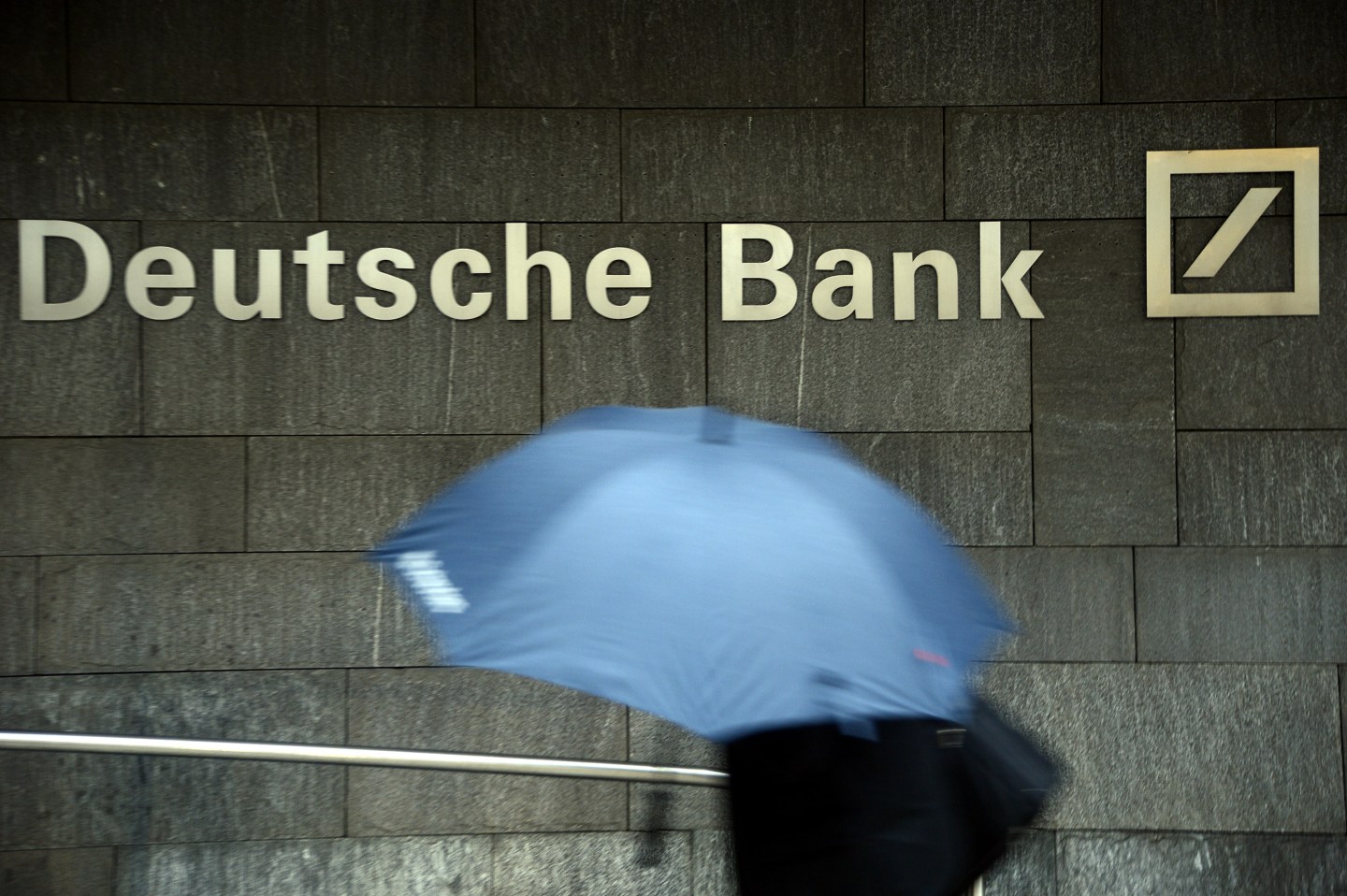 Deutsche Bank AG is in informal talks with securities firms to explore options including raising capital should mounting legal bills require it, Bloomberg reported on Thursday.

Senior advisers at top Wall Street firms are speaking to representatives of Deutsche Bank about ideas including a share sale and asset disposals, Bloomberg reported, citing people familiar with the discussions.

The banks are offering to help underwrite a stock sale to raise about €5 billion ($5.6 billion), the maximum amount in discounted shares Deutsche Bank can sell without needing shareholder approval, Bloomberg said.

A spokeswoman for Deutsche Bank in New York declined to comment.

The German lender is deliberating whether to sell the shares once it reaches a settlement with the U.S. Department of Justice on a probe tied to residential mortgage-backed securities, Bloomberg said.

No final decisions have been made and the bank could decide against a capital increase, Bloomberg reported.

Deutsche is fighting a fine of up to $14 billion from the U.S. Department of Justice.