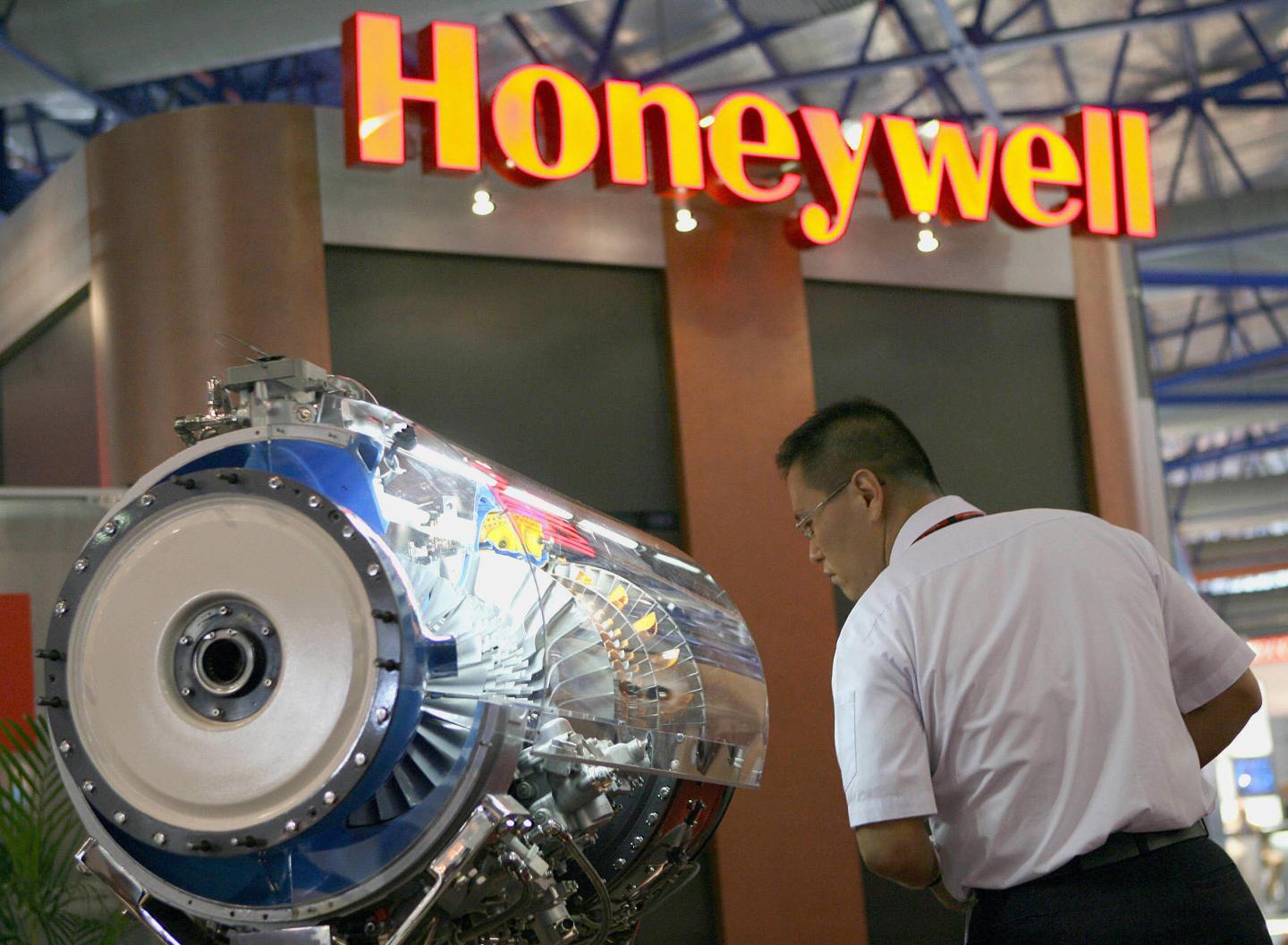 Singapore, SINGAPORE: A visitor takes a closer look at a Honeywell aircraft engine model displayed at the Asian Aerospace 2006 show in Singapore, 22 February 2006. Honeywell has been chosen by Europe's Airbus to supply power units for new long-range widebody A350 aircraft in a deal worth as much as four billion USD, the US conglomerate said in a statement received 22 February. AFP PHOTO/ ROSLAN RAHMAN (Photo credit should read ROSLAN RAHMAN/AFP/Getty Images)
Photograph by Roslan Rahman — AFP/Getty Images

Aero parts supplier Honeywell International lowered the upper end of its 2016 sales and profit forecast range, partly due to lower shipments in its aerospace business.

The company, which makes parts for Bombardier (BDRAF), Textron (TXT) and General Dynamics(GD) business jets, said in July that demand would remain weak in the second half of 2016.

Honeywell (HON) had to pay higher incentives to commercial planemakers in the second quarter to select its equipment. The company was also hurt by lower demand for helicopters due to weak energy markets.

Honeywell’s core organic sales are now expected to be down 1-2% for 2016, compared with a 1% decline it had estimated previously.

Honeywell said the revised forecast also reflected the separation of its automation and control solutions business into two new reporting segments and the impact of acquisitions and divestitures.

The company also said it had recast results for the first and second quarter to reflect the adoption of the Financial Accounting Standards Board’s accounting standards for stock compensation, ahead of the mandatory effective date in 2017.