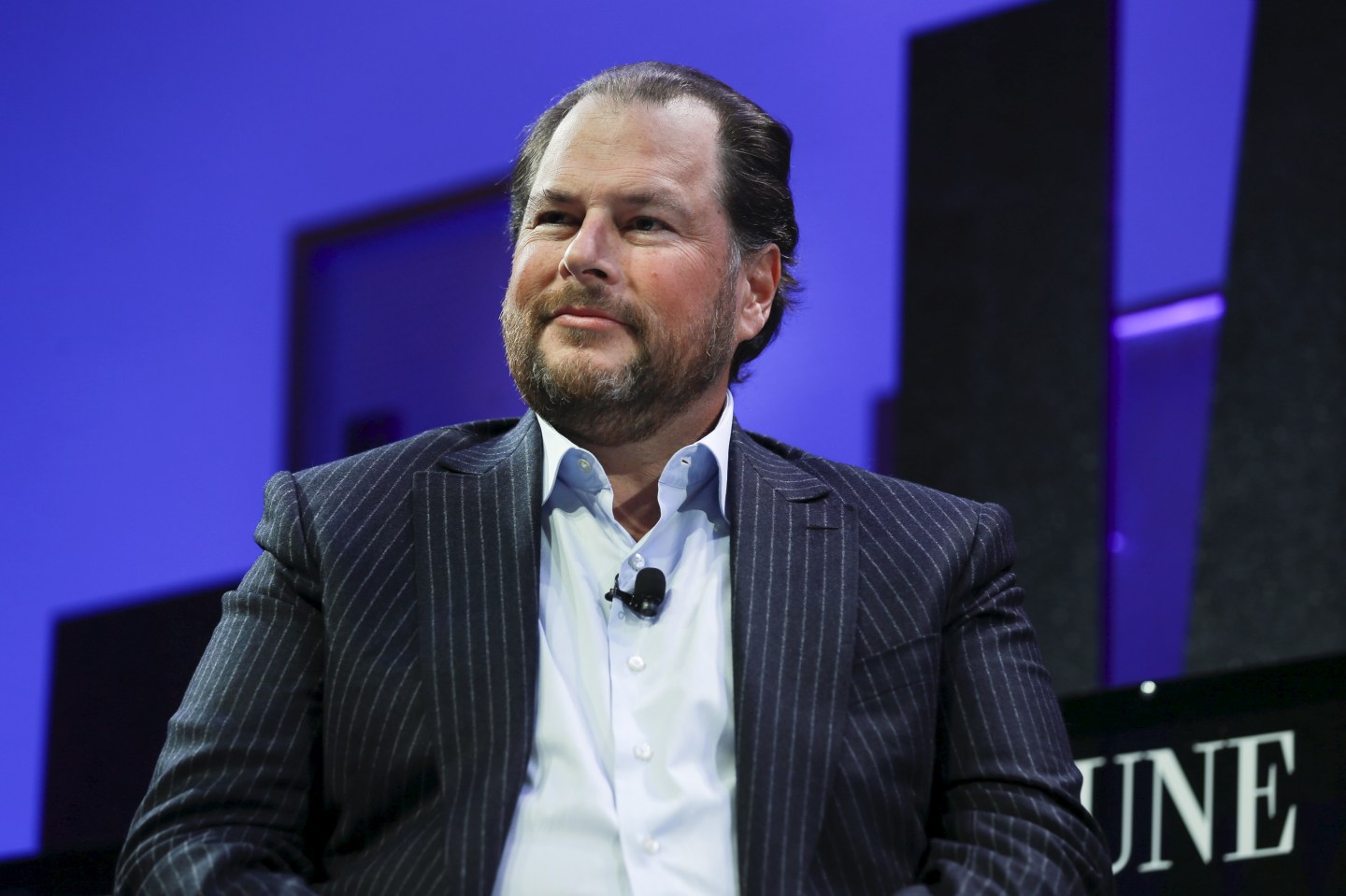 Salesforce chief executive Marc Benioff may want to talk about all the great things his company is doing in the enterprise software market, but the only thing most of the media wants to ask him is whether he plans to make a bid for Twitter.

During a panel discussion on Thursday at the annual Dreamforce conference in San Francisco, Time Inc.’s Alan Murray (who is also the editor-in-chief of Fortune) said he wasn’t going to ask Benioff about acquiring Twitter, which has opened itself up to bids. Instead, he asked how a “micro-messaging service” aimed at consumers theoretically might fit into Salesforce’s enterprise-software business.

Benioff responded that one of the major trends he sees businesses of all kinds going through is the shift from a traditional one-to-many model for marketing and customer service—such as TV commercials—to a one-to-one model, in which companies respond directly to individual consumers using social tools.

“One of the most exciting things that’s going on right now is we’re moving into a world where everything is one-on-one,” Benioff said. “The ability for a company like General Motors to speak directly to the consumer is more important than ever.”

This model allows for a wide range of personalization and customization when it comes to both marketing and services, Benioff said. Companies like Uber are taking advantage of that and providing ride-sharing services that are customized to an individual.

“The ability to bring that information all the way down to the consumer, with the intelligence built in, is very powerful,” Benioff said. “And you could do that through a lot of different vehicles—you can see it happening through the Snapchats and Facebooks of the world, and even the Twitters.”

Twitter (TWTR) released a study this week that showed responding to customers on Twitter has a positive impact on the way that those consumers perceive a company and its services, making it more likely they will become repeat customers.

In other comments this week, Benioff has been equally coy about whether he is interested in buying Twitter, whose shares plummeted by 20% on Thursday after reports that neither Google (GOOG) nor Disney (DIS) is interested.

One reason Benioff might be coy about Twitter is that when the news broke that he might be interested, Salesforce’s share price plummeted by more than 7%, and a number of analysts said that such a deal would be a disaster. The stock recovered somewhat on Thursday, climbing by 4%.