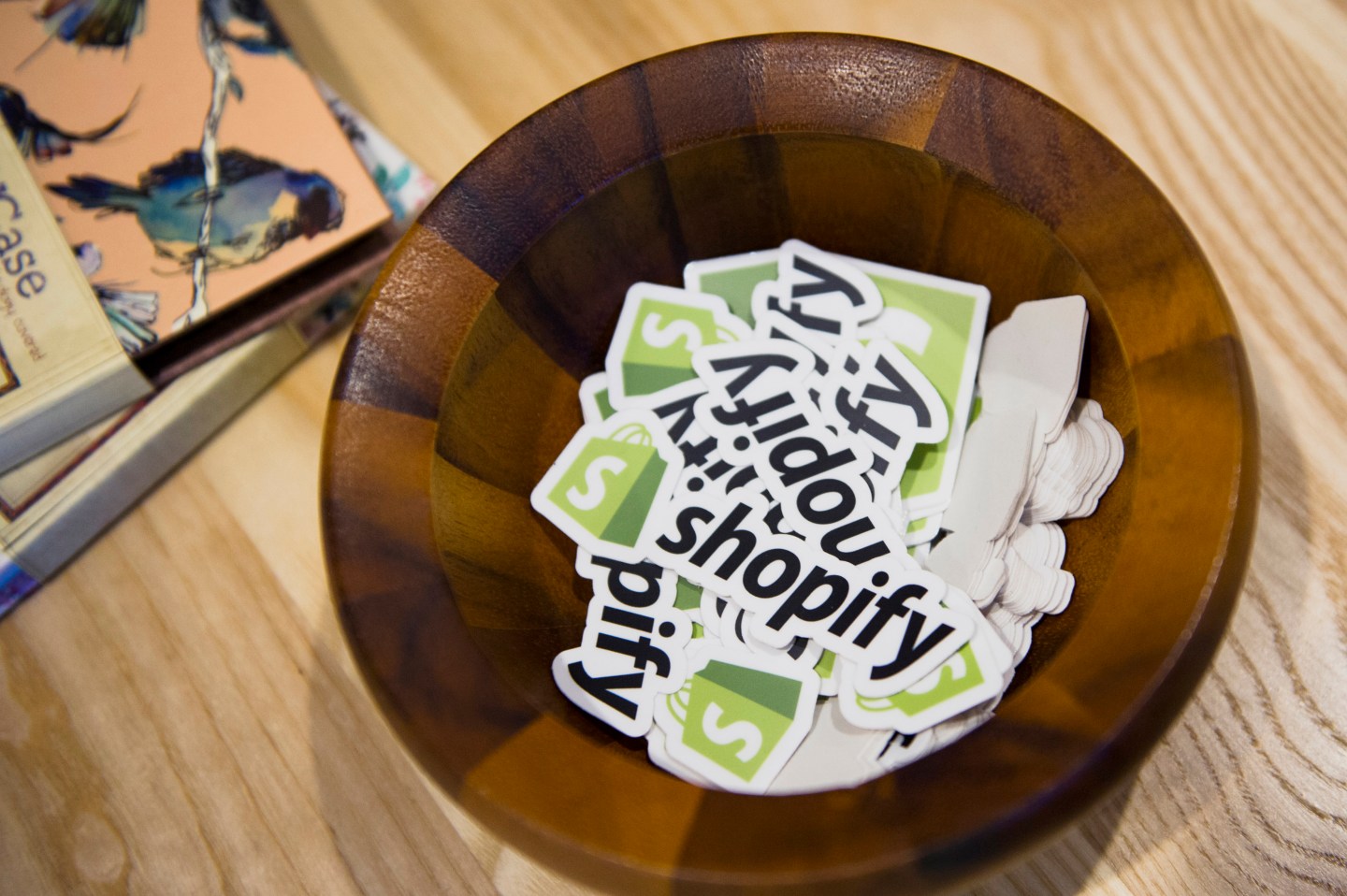 Shopify Inc. stickers are displayed in a bowl at the company's headquarters in Toronto, Ontario, Canada, on Wednesday, Nov. 11, 2015. Shopify, the Canadian e-commerce software maker that sold shares in an initial public offering in May, raised its revenue forecast after beating analysts estimates in its second quarter as a listed company. Photographer: Kevin Van Paassen/Bloomberg via Getty Images
Photo by Kevin Van Paassen/Bloomberg via Getty Images

As Facebook looks to add more services to its popular Messenger app, the chat service is increasingly becoming part of e-commerce. With a new Shopify feature announced Wednesday, merchants that use the company’s online storefronts and commerce services can now place listings for products in Messenger, letting its one billion users purchase goods without having to leave the app.

The announcement is part of Facebook’s move earlier this year to start allowing brands and companies to build small artificial intelligence software programs, or chatbots, that interact with Messenger users. These bots not only send and receive text, but also process images, emoji, and other content—such as product carousels—to let users browse merchandise from a retailer, for example. In September, the social network announced that it was taking these interactions step further by letting customers pay for items within Facebook Messenger without having to leave the app to enter their payment details.

Shopify is one such company that started helping its merchants initiate conversations about orders with customers on Messenger. Shopify says that over 20,000 merchants have had almost 2 million unique conversations with their customers since the program began earlier this year.

Founded in 2006, Shopify provides software tools for online retailers including storefronts, payment processing, and apps for checkout. More recently, the company has added a number of ways for merchants to start using social tools like Messenger and Facebook to reach their customers. Now Shopify merchants can add products to a chat conversation, and customers can click a buy now button that will lead them to a page where they can input credit card, shipping, and billing information. Users who have already added their payment information to Messenger, can simply click to pay.

This isn’t the first partnership between Facebook and Shopify. In 2015, Facebook started working with Shopify merchants to test its buy button, which would allow merchants sell clothes directly from Facebook’s profile pages.