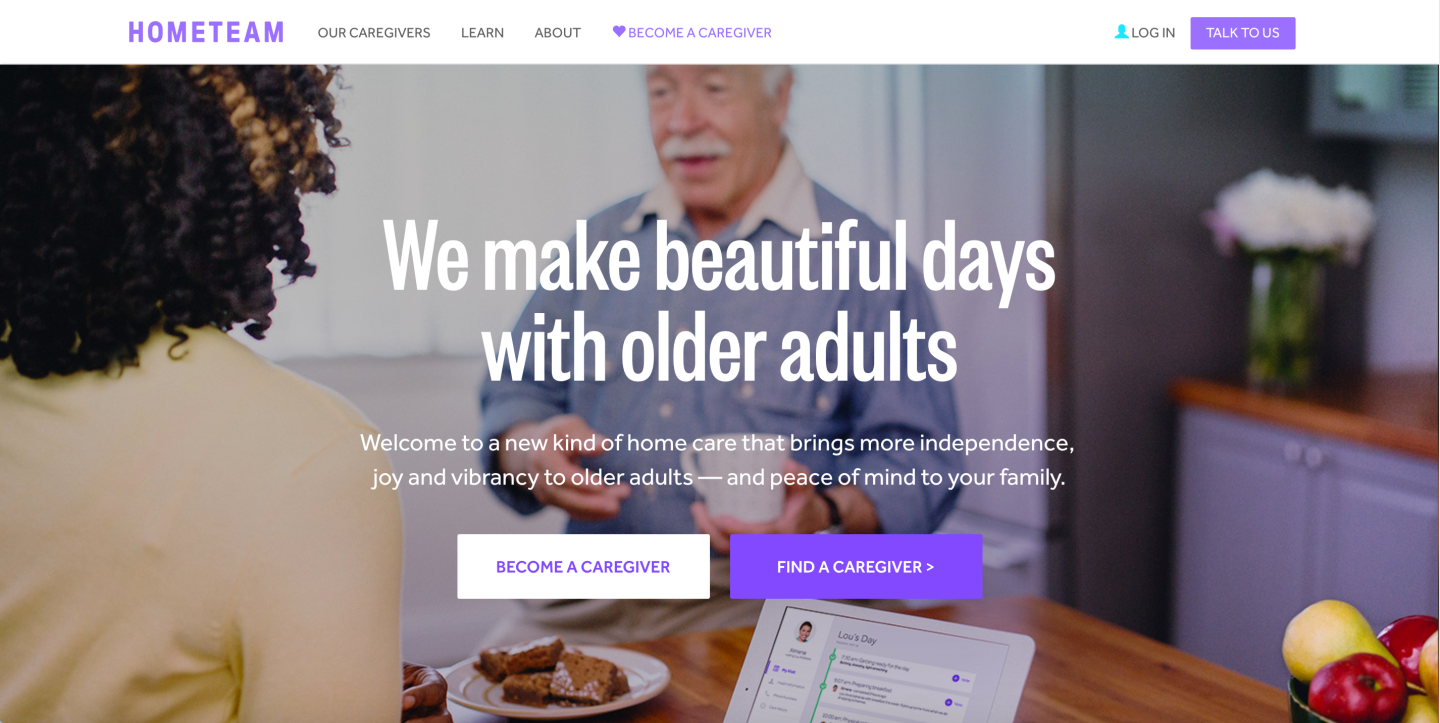 Josh Bruno wants his senior home-care company to be around for a long time. And today, he took a big step toward making that happen.

Since launching in 2014, Hometeam has used a proprietary software to match caregivers with seniors in need of home care. The service costs approximately $20 per hour; clients pay the company directly out-of-pocket or through private long-term care insurance. Today, Hometeam announced that it will accept Medicaid in its New York City market, giving the startup access to a pool of more than 150,000 people with home care needs.

“In addition to accepting an AmEx or a Visa card, we’re now accepting a Medicaid card as well,” says Bruno, the 29-year-old Hometeam founder.

The move may give Hometeam a leg up over competitors such as Honor and HomeHero, which do not currently accept Medicaid, according to their websites. It’s no surprise Medicaid hasn’t previously been embraced, as private pay produces higher margins than government-funded insurance. But Bruno is confident Hometeam’s business model can deliver quality care to these new customers while also making a profit.

“If you can pay more to your employees, charge less to your consumers and expand rapidly, it’ll help guarantee you’ll be around for a long time,” Bruno says.

Related: Meet the 29-Year-Old Disruptor Turning the Senior Care Industry on Its Head

Hometeam employs 1,000 caregivers, all of whom are W-2 employees with health care benefits, 401(k) plans and a career progression path. The company rigorously vets them and pays them about $15 an hour – 30% to 50% more than the hourly industry standard of $9.50. Hometeam operates in metropolitan areas of New York, New Jersey and Pennsylvania.

To date, Hometeam has raised $38.5 million, the most recent of which was a $5 million investment from Kaiser Permanente Ventures in February. At the time, Bruno had said the new funds would be used to help Hometeam expand to 10 new cities by the end of 2016. But those plans were put on hold as the company grappled with “massive demand” in its existing markets, Bruno says. He would not disclose how many clients Hometeam serves.

Its latest news will delay those expansion plans even further. The new Medicaid deal will give Hometeam access to hundreds of thousands of potential customers with home care needs just in New York City.

“It’s safe to say it will push back the expansion plans. I’d be crazy to say it wouldn’t,” Bruno says. “On the other hand, you just never know. We’re focused on what’s in front of us right now.”