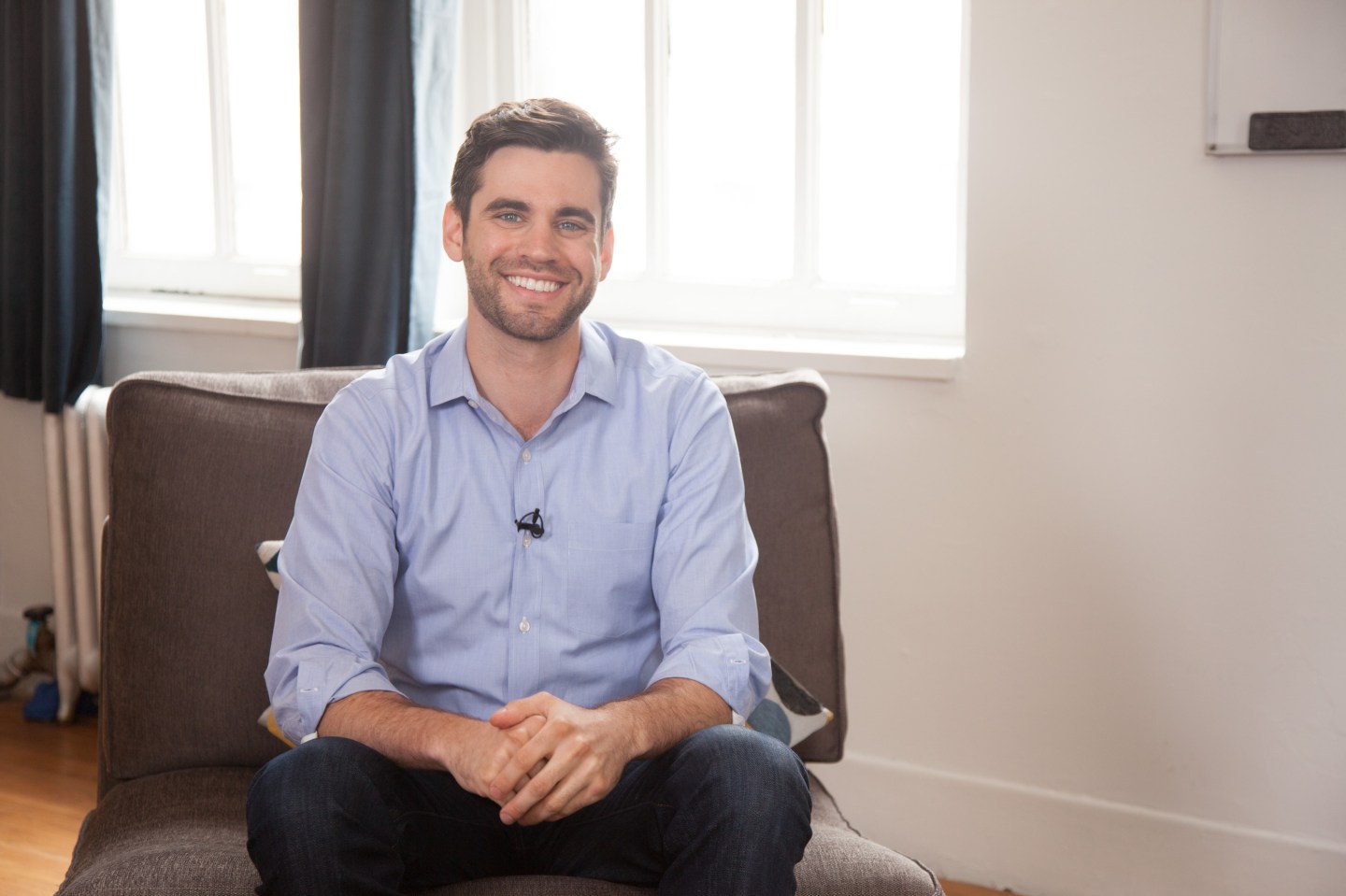 Don’t let Josh Bruno’s charming smile and young age fool you. He may only be 29 years old, but Bruno is a fierce disruptor with a mission to overhaul the senior in-home care industry.

Bruno witnessed first-hand as his family struggled to find quality care for his 93-year-old grandfather. When the highly-independent, World War II veteran got sick, Bruno and his relatives scrambled to find help, but it only resulted in frustration. “It was a revolving door of caregivers who didn’t really have any context of what was going on,” Bruno says. “Something was clearly wrong in the way the whole system worked.”

Bruno decided to take matters into his own hands. In 2013, Bruno was working as an investor at Bain Capital Ventures when he began volunteering at various elder care agencies to see what the market was really like. For six months, he volunteered at 40 different agencies while still working full-time.

He chose the former. In a matter of months, Bruno quit his job at Bain, turned down a Harvard Business School offer and founded Hometeam.

Bruno called fundraising “absolute chaos,” and his main challenge has been staying true to Hometeam’s core mission – empowering its caregiver workforce – while raising money. Time and time again, investors told him having full-time employees would hold Hometeam back.

“I got kicked out of Sequoia Capital and all the big names you can imagine because they said, ‘Why don’t you make these people contractors and keep your employees at an arm’s length so you can grow faster?’ I said, ‘That’s not how it works,’” Bruno says.

Bruno rejects the popular independent contractor model, and that’s partly what sets his company apart from the competition. But it’s also very costly. Bruno declined to publicly disclose annual revenue numbers, but he said Hometeam’s profits are actually lower than most companies in the industry because of its non-traditional business model.

The caregivers at Hometeam are W-2 employees with healthcare benefits, 401-K plans and a career progression path. The company rigorously vets its in-home aides and pays them about $15 an hour – 30% to 50% more than the hourly industry standard wage of $9.50. Clients pay about $20 an hour for the service.

Bruno hired Harry Heymann, formerly the vice president of engineering at Foursquare, to lead the technology efforts at Hometeam. The company’s proprietary software matches caregivers with seniors based on personality, interests and experience with certain illnesses such as Alzheimer’s and Parkinson’s. Each caregiver is also armed with an iPad to keep a detailed record of the senior’s sleep schedule and daily activities. Hometeam then collects the data and shares it with the client’s physician. The company is exploring ways to make older adults more “connected” by building a platform that allows them to set up tele-doctor visits, get rides to community events and have groceries delivered to their door.

Hometeam currently receives about 4,000 caregiver applications a month, and it accepts roughly 1% after doing an extensive background screening, calling references, analyzing the results of an hour-long questionnaire and holding in-person interviews. The company serves clients in metropolitan areas of New York, New Jersey and Pennsylvania. Bruno says Hometeam will expand to 10 new cities across the country this year.

But it’ll be an uphill battle. Bruno says the 40,000 mom-and-pop elder care agencies are raking in 99% of the revenue, but senior care startups like Honor and HomeHero are also competing for VC dollars. And it’s easy to see why. There’s plenty of opportunity to disrupt the $84-billion in-home care provider market. About 10,000 baby boomers will turn 65 years old every day for the next 20 years, and the American senior population will double in size, according to the National Institute on Aging (NIA) and the U.S. Census Bureau.

Bruno says Hometeam’s proprietary technology and rigorous vetting process is the company’s differentiator, but he welcomes the competition and hopes there is more investment flowing into the elder care space. He says it’s unlikely that he’ll consider an acquisition in the near-term. Bruno’s mission remains personal – fix the system that failed his grandfather.

“That’s not what drives me,” Bruno says about selling the company. “We’re not done yet. We’re not even close to changing this industry.”