Sarah Palin Made One Shockingly Astute Observation About the VP Debate 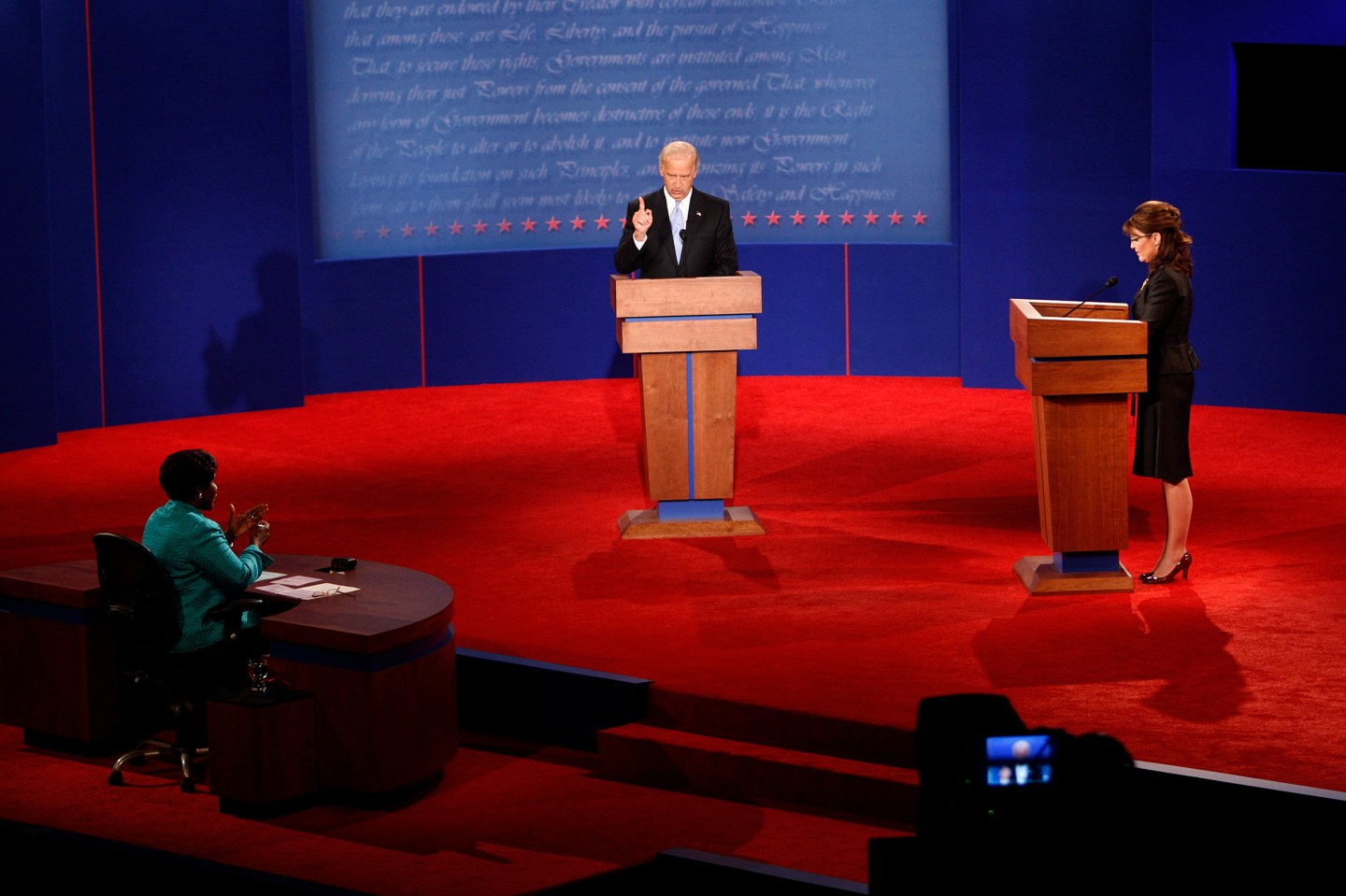 Sarah Palin, the former governor of Alaska and 2008 Republican VP nominee, watched the Tuesday vice presidential debate from a pretty unique perspective. After all, she’s actually been in the candidates’ shoes—though hers were a bit of a different style.

Indeed, Democratic VP pick Sen. Tim Kaine (D-VA) and his Republican rival Indiana Gov. Mike Pence stayed seated for the debate—as did the other vice presidential candidates in recent years, with the exception of Palin’s face-off with then-nominee Joe Biden.

High heels—which made the news this spring, when a woman in London was sent home from work for refusing to wear them—are a hot topic among some professional women. When Fortune asked readers if they felt pressure to wear them at work, responses were all over the map. Some women find heels empowering, while others categorically refuse to wear anything but flats.

Regardless, Palin’s point is difficult to ignore: Even at the very highest levels, women still face pressure to conform to society’s expectations about their appearance. When we judge candidates in the presidential and vice presidential debates on their smiles, what they wear, and body language, can you blame Palin for choosing heels—even if they mean 90 minutes of pain?