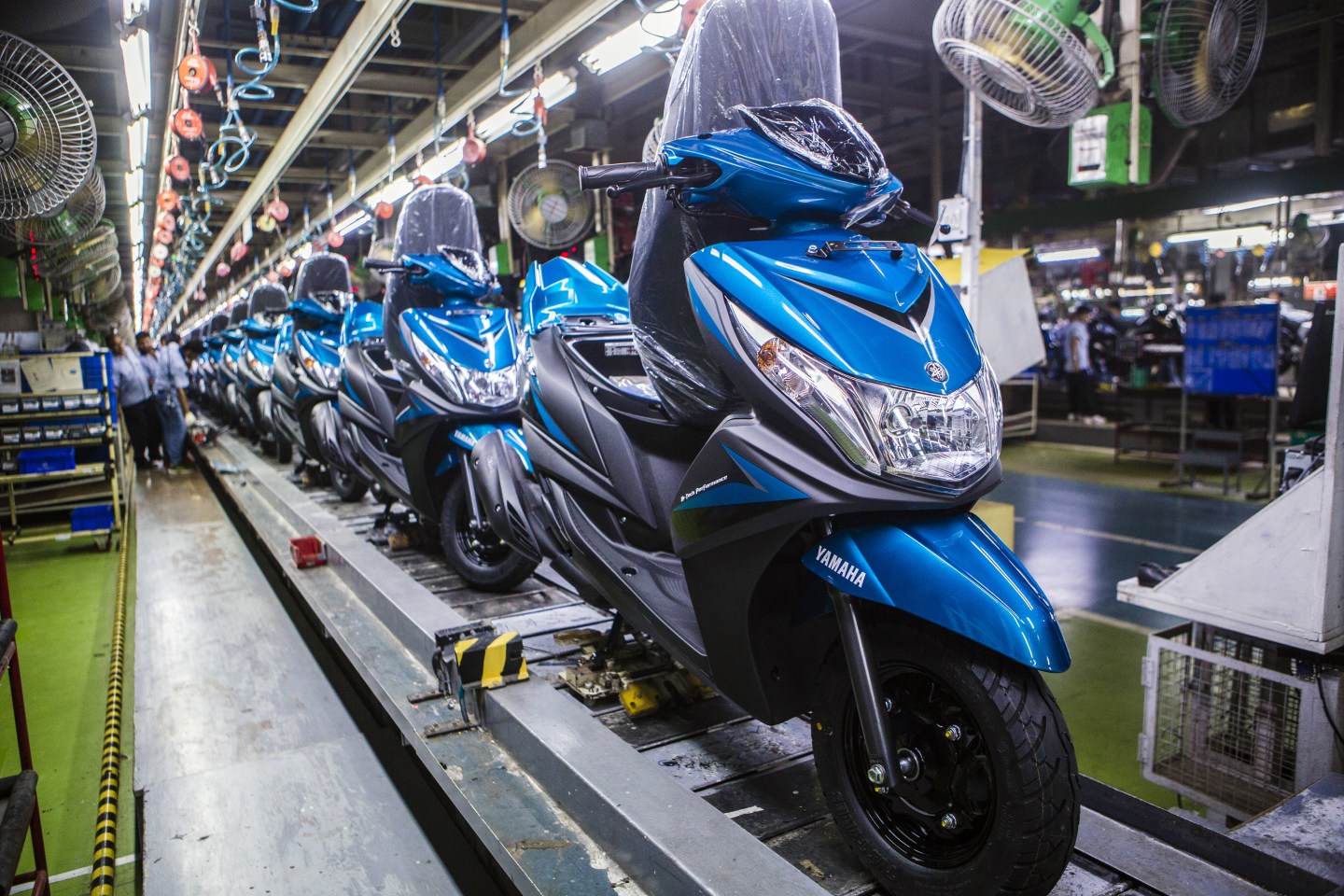 Japan’s Honda Motor Co Ltd and Yamaha Motor Co Ltd on Wednesday said they were joining forces to develop scooters for the domestic market, burying the hatchet on a decades-old rivalry and consolidating production in response to a shrinking motorcycle market.

Honda, the world’s largest motorcycle brand by sales, said it would start producing Yamaha’s 50-cc engine scooter models for the domestic market at its plant in southern Japan by the end of 2018, based on the manufacturing platform for Honda’s small scooter models.

The two companies said that pooling resources would be a way to mitigate increasing costs to develop new scooter technologies and keep pace with ever-tightening emissions regulations in the face of falling domestic scooter sales.

“The slowdown in the scooter market seen in the past few years has made business in the sector very difficult for both companies, so partnering will have merits,” Honda operating officer Shinji Aoyama told reporters.

Both companies said they would continue to market scooters separately, and that the partnership was limited to Japan. By far the largest market for both companies is Asia ex-Japan, where a growing demand for scooters from an expanding middle class has created their biggest battleground.

Yamaha managing executive officer Katsuaki Watanabe said having Honda manufacture Yamaha models on contract would likely be more cost efficient than Yamaha’s current arrangement of producing the vehicles in Taiwan and exporting them back home.

The two companies said they would also jointly update their respective delivery scooter models, which Honda may also manufacture for Yamaha, while also considering collaboration on electric scooter projects.

The partnership stands in contrast to a bitter rivalry between Honda, the top seller of scooters in Japan, and second-ranked Yamaha which dates back to around 1980, when both companies released dozens of motorcycle models and competed over distribution and pricing to increase market share.

“There’s absolutely no bad feeling or ill will left over from that period,” Yamaha’s Watanabe said.

Since then, overall domestic sales of motorcycles and scooters have fallen sharply due to a slump in demand from a rapidly growing elderly population and falling interest in vehicle ownership among younger consumers particularly in the past few years.

Motorcycles are a key part of both companies’ product line-ups, although domestic sales contribute little to global revenue.