This Is How Political the Decline Of Coal Has Become 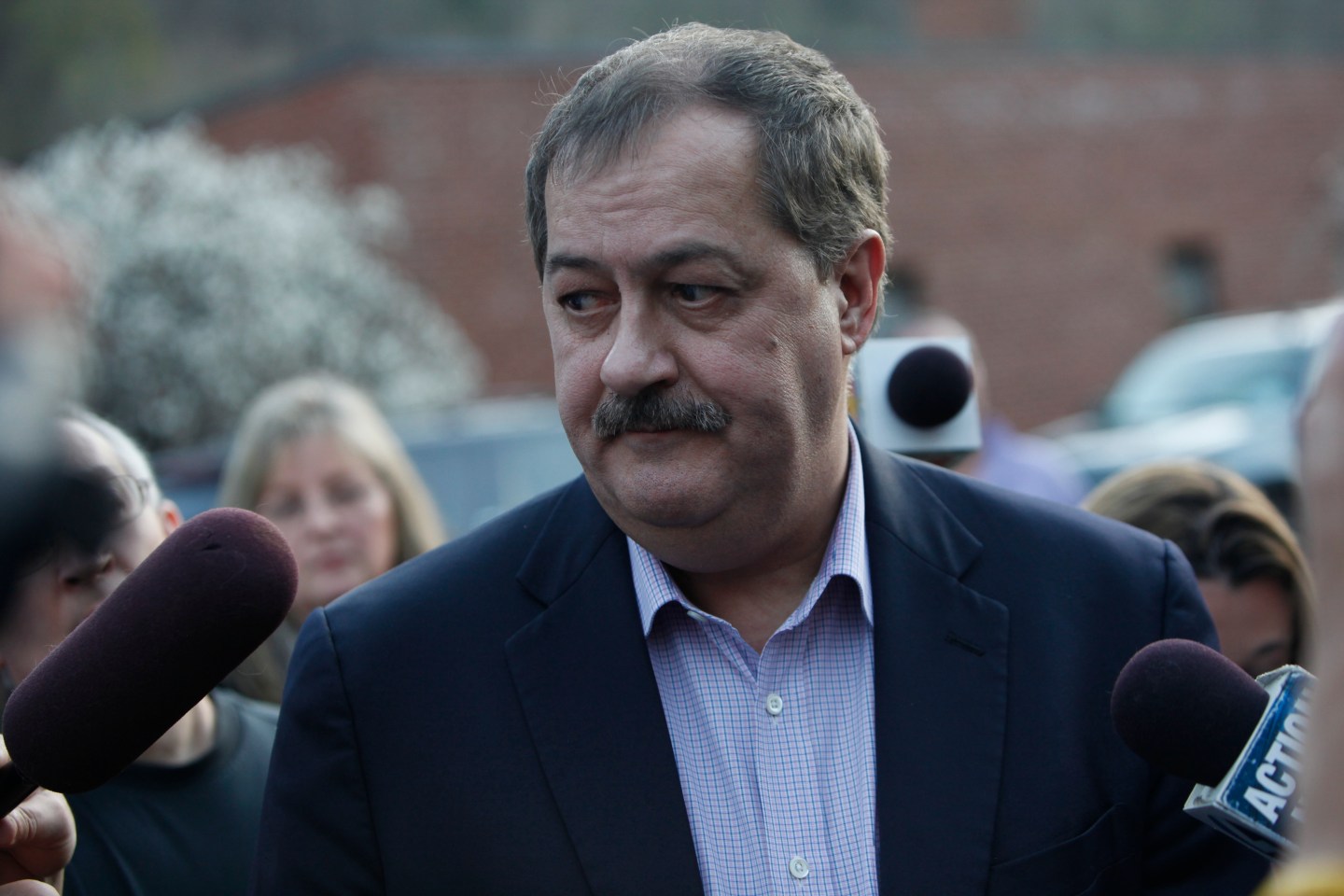 Five months ago, the former CEO of coal giant Massey Energy, Don Blankenship, headed to prison in Taft, Calif. to serve out a year-long sentence. He was convicted for conspiring to willfully violate mine safety standards following an explosion that killed 29 coal miners, the worst coal mining disaster in decades.

This week, Blankenship continued to lay out his defense from prison without the use of a computer, describing himself an “American political prisoner” in a 68-page brochure that’s posted to his website. He said he wants to tell his story that “Americans need to know.”

In the document, he refers to negative statements made by President Obama and Senator Joe Manchin before his conviction, and claims that Democrats and unions provided fuel for his prosecution. He also mentions Democratic Presidential candidate Hillary Clinton, whom he protested at an event before he headed to prison.

That Blankenship, a reviled executive and a symbol of the aging American coal industry, is equating his conviction with politics demonstrates just how political the loss of American coal jobs and the bankruptcy of coal companies has become.

Through her embrace of the solar and wind industries, Clinton has acknowledged that coal workers will lose jobs as the coal industry continues to decline. Trump and Pence have used those words to say she’s anti-coal and to gain support in states with coal interests. She’s also said that her words have been taken out of context and that she misspoke. Trump has claimed that if elected he’ll bring coal jobs back to states like West Virginia.

However, much of the decline in the coal industry has been driven by private industry and an economic transformation of U.S. electricity infrastructure. Aging coal plans have been retiring while cheaper, cleaner natural gas has quickly risen up as a low cost source to replace that coal power. As wind and solar farms continue to drop in price, clean energy is being adopted rapidly as well.

For more on regulations of coal plants, watch:

Added to that transformation, the Obama administration’s policies like the Clean Power Plan—the highly controversial policy to push power plants to lower greenhouse gas emissions—will accelerate that already-occurring transition. The result is that the U.S. coal industry has gotten absolutely pummeled. Giants like Peabody Energy have declared bankruptcy, and coal workers across coal states have lost jobs.