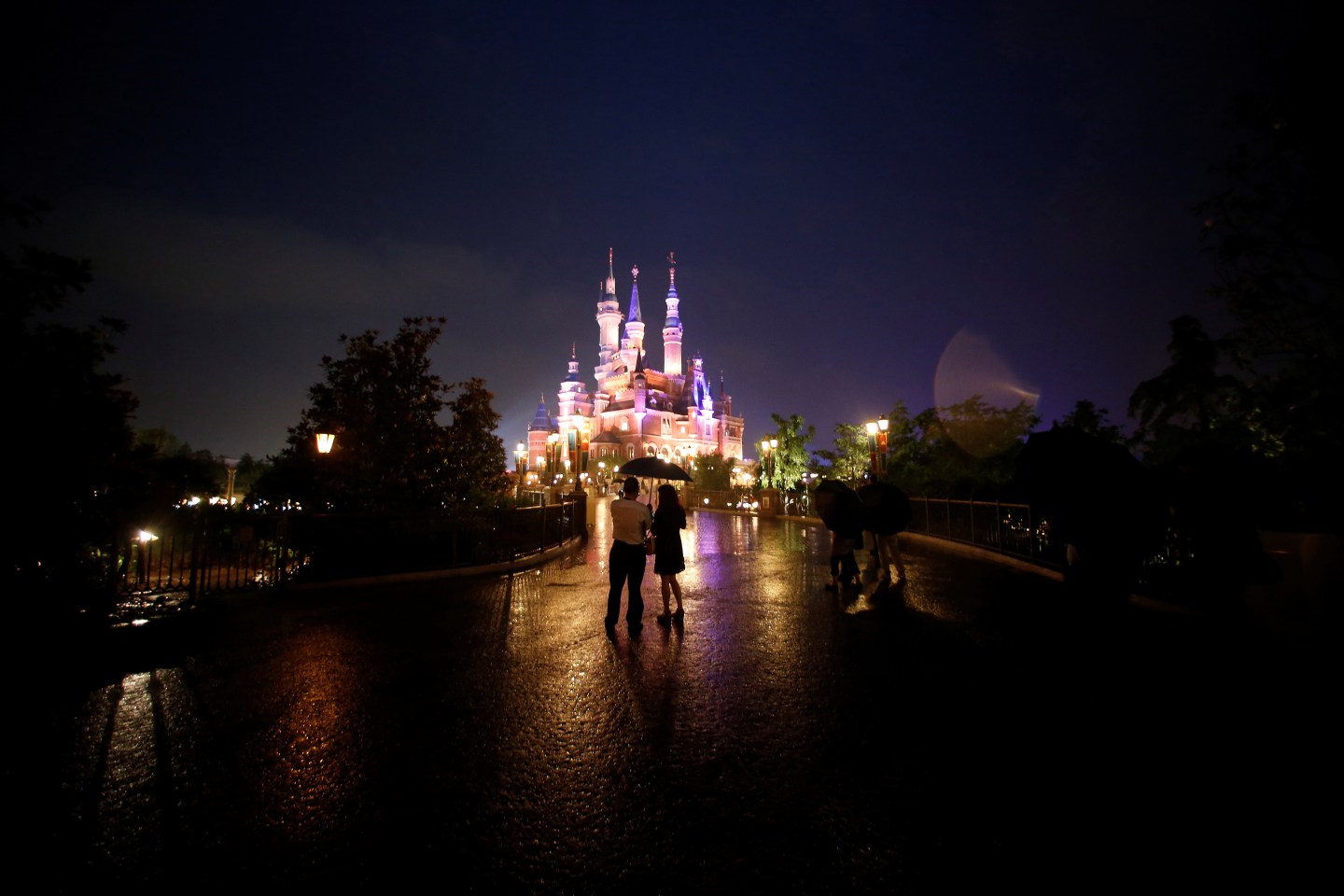 UPDATE: This article has been updated with a comment from Walt Disney Parks and Resorts chairman Bob Chapek.

Disney (DIS) opened the doors on its $5.5 billion Shanghai theme park and resort in June to significant fanfare, but only a few months later, attendance estimates show the massive new park may not be attracting as many visitors as was previously expected.

Those numbers would add up to roughly 7.3 million visitors per year, CNNMoney notes, which would fall well short of previous estimates for annual attendance at Shanghai Disney. Many analysts, including those at Nomura, predicted that the new theme park and resort would attract around 15 million attendees per annum, with some predicting that Shanghai Disney could even one day top attendance at Tokyo Disneyland, which clears 17 million visitors annually.

Disney has boasted that more than 300 million tourists with disposable income live within three hours of Shanghai Disney and would provide ample attendance figures. In the month before the new park even opened, nearly 1 million people visited the area around Shanghai Disney, called Disney Town, to tour various connected stores and restaurants.

CNNMoney also noted that local media in China has been tough on Shanghai Disney, with reports on visitors complaining about long wait times for the park’s rides and attractions, as well as high food prices.

When reached for comment, a Shanghai Disneyland spokesperson provided Fortune with the following statement from Walt Disney Parks and Resorts chairman Bob Chapek: “The recent report speculating about our attendance is meritless. Our financial results during the first 100+ days of operation have exceeded our expectations, and guest feedback has been extremely strong, establishing a solid foundation upon which to grow.”

The Shanghai Disneyland spokesperson also referred Fortune to comments made by Disney CEO Bob Iger at the Goldman Sachs Communicopia Conference last month. Iger said the new theme park and resort “had a fantastic opening” this summer. “In fact, it delivered more [attendance] in the first hundred days than most parks that we’ve opened over the history of our theme parks,” Iger said at the conference.

Iger also said that the company’s guest satisfaction surveys showed that customers “love the experience” and are staying longer, by nearly two hours, than Disney had expected.

Wang Jianlin, China’s richest man and the chairman of Dalian Wanda Group, has regularly challenged Disney’s new China theme park. Jianlin has stated that Disney misread China’s tourism market while making clear his plans to beat the media giant at its own game with his growing portfolio of theme parks across the country. In August, Fortune reported that Jianlin and Dalian Wanda signed a deal to build a $9.5 billion tourism and sports complex in the eastern China city of Jinan that the company expects to attract more than 20 million tourists annually.