One Million Chinese Flock to Shanghai Disneyland Before It Even Opens 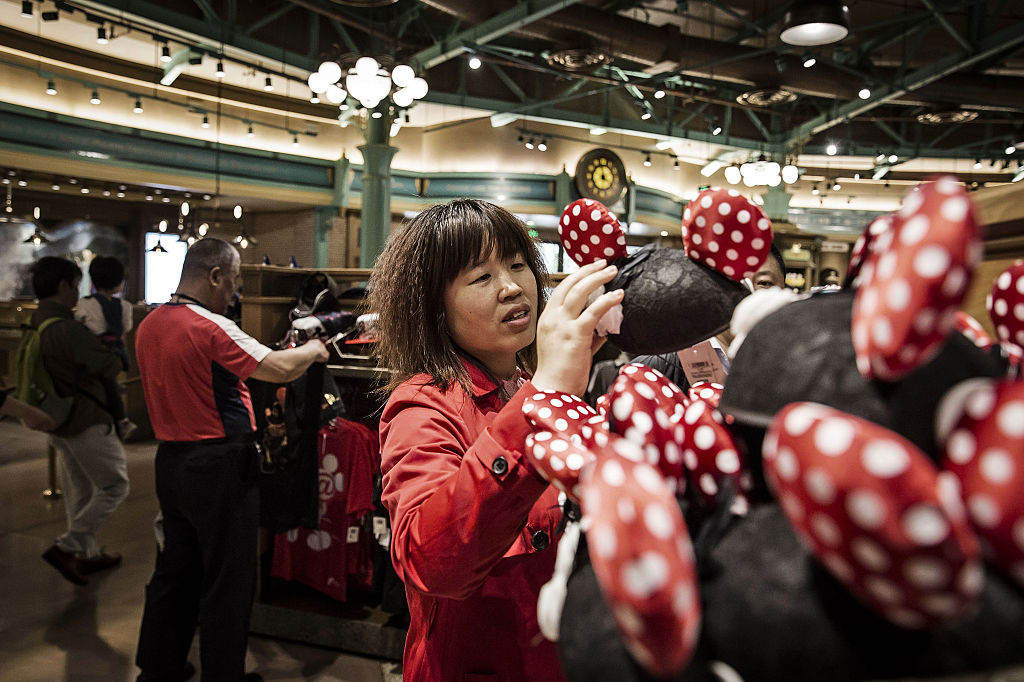 A customer looks at Minnie Mouse ears inside a World of Disney store at the Disneytown retail area of Walt Disney Co.'s Disneyland Resort in Shanghai, China, on Saturday, May 7, 2016. Disney employees and partners will get a sneak peek of the $5.5 billion Shanghai Disneyland from this weekend, as the world's largest entertainment company gets set for next month's official opening of its first theme park in mainland China. Photographer: Qilai Shen/Bloomberg via Getty Images
Bloomberg Bloomberg via Getty Images

Already one million Chinese have visited the grounds at the yet-to-open Shanghai Disneyland to stroll, shop, gawk, eat, and socialize around Disney’s biggest bet on China so far.

The area around the new park, called Disney Town, has an artificial lake, stores and restaurants. It has quickly become a hotspot for curious passersby, reportedly mainly older consumers and retirees who want to catch a peek of the area before the crowds arrive when the $5.5-billion resort opens in mid-June.

Disney (DIS) says more than 300 million Chinese consumers live within a three-hour commute of the park, while its Chinese partner on the resort, the state-owned Shanghai Shendi Group, forecasts 10 million annual visits.

During China’s labor day holiday weekend in early May alone more than 100,000 people visited the site, officials from the Pudong area of Shanghai said yesterday. They counted 960,000 visitors in the past 23 days.

The early crowds augur well for Disney. The Chinese press is covering the park’s opening with the enthusiasm of a seminal event. About the only negative news so far has centered on prices. A report on the Sina website said the average park meal cost almost $11, and a single steamed bun went for nearly $1 when street bun prices are just one-sixth that price.

Disney spokespeople said they would listen to visitors’ feedback. Meanwhile today on Xinhua, the Communist Party’s official news agency, stories focused on the question of whether park ticket prices were too expensive at $57 for adults on weekdays and $75 on weekends and peak times. A Disney spokesperson said the tickets were the least expensive of Disney’s other parks.