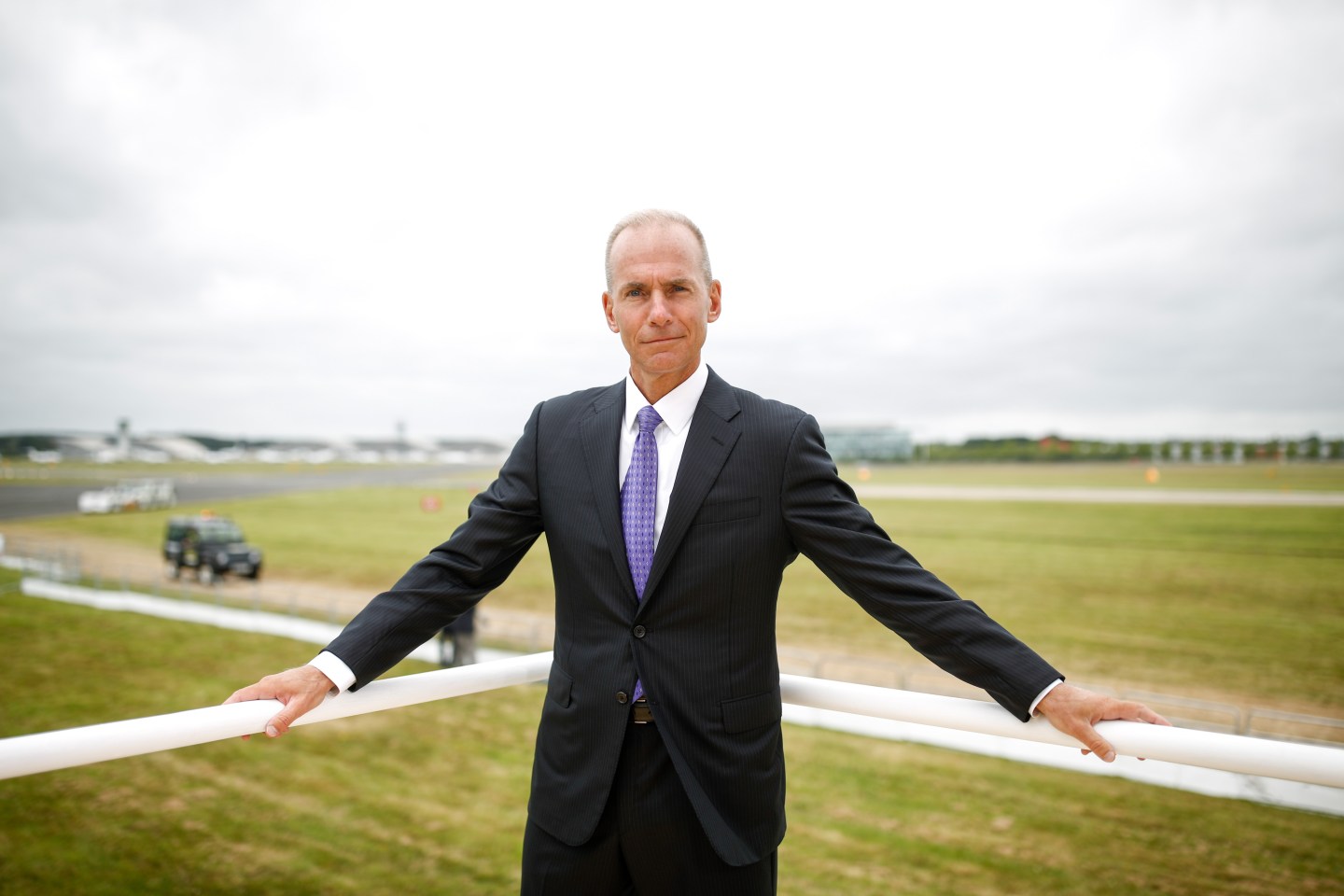 Dennis Muilenburg, chief executive officer of Boeing Co., poses for a photograph following a Bloomberg Television interview on the opening day of the Farnborough International Airshow 2016 in Farnborough, U.K., on Monday, July 11, 2016. The air show, a biannual showcase for the aviation industry, runs until July 17. Photographer: Simon Dawson/Bloomberg via Getty Images
Simon Dawson—Bloomberg via Getty Images

Dennis Muilenburg, CEO of Boeing (BA), has boldly pledged to go where no manned spaceflight has gone before: Mars.

Moreover, the aerospace firm’s chief executive is intent beating out his rivals on the mission. He said he believes that Boeing will be the first company to ferry humans to the Red Planet.

“I’m convinced the first person to step foot on Mars will arrive there riding a Boeing rocket,” Muilenburg told an audience at The Atlantic’s “What’s Next” conference in Chicago on Tuesday, as Bloomberg reports.

Boeing has stiff competition in the space race, however. Elon Musk, the billionaire co-founder of PayPal (PYPL), Tesla (TSLA), and, relevantly, SpaceX, a private space cargo company, has long expressed his ambition to send people to the Red Planet.

Weeks ago, Musk released the outlines of a plan to pull off 80-day trips to Mars. He called for reusable rockets that carry 100 people and are made of advanced carbon fibers that can be refueled while in flight. However, costs would need to come down approximately 5 million percent to $200,000 per person for the idea to be feasible, he said.

Boeing, which recently celebrated its centennial anniversary, helped build the Saturn V rockets that carried humans to the moon in the ’60s and ’70s. Today it’s not the only name in the game: Two years ago, NASA chose both Boeing and SpaceX to develop vessels that would bring four astronauts each into orbit aboard the agency’s “space launch system,” an unprecedentedly powerful rocket designed to travel the solar system and launch in 2018.

Now Muilenburg says that Boeing is also eyeing space tourism—sending passengers into low-earth orbit—as “blossoming over the next couple of decades into a viable commercial market,” assuming prices drop. Other competitors see an opportunity here, too, including Virgin Galactic’s Richard Branson and Blue Origin’s Jeff Bezos.

“The future of innovation has to include not only the technology, but economic viability,” Muilenburg said, according to Bloomberg.