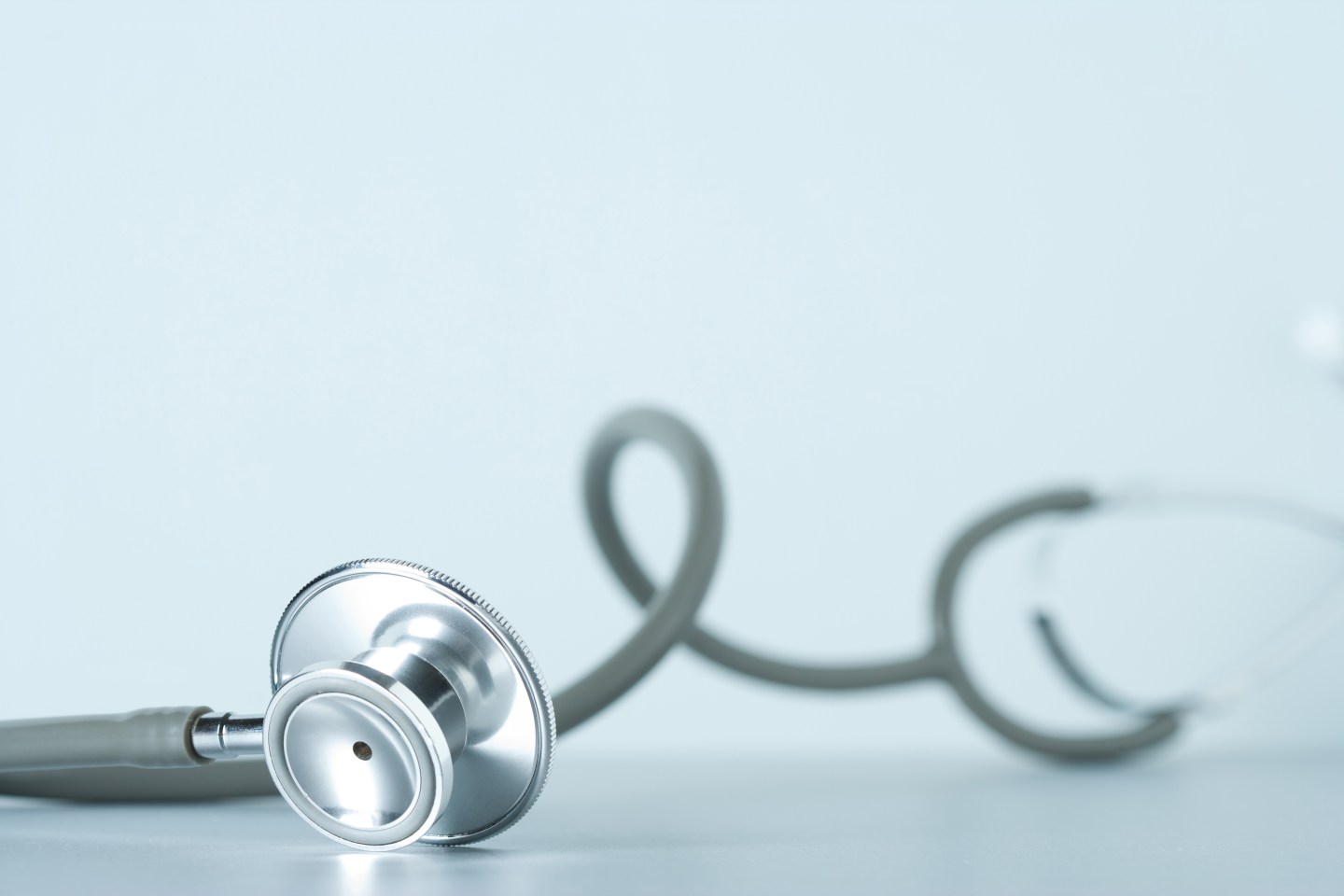 It’s been three full years since Healthcare.gov launched, allowing individuals and small businesses to enroll in health care under the Affordable Care Act.

Today, some 20 million people who lacked health insurance now have it, according to the U.S. Department of Health and Human Services. But that doesn’t mean the process has been easy. Particularly for small businesses.

Health insurance coverage is probably the most expensive benefit that small businesses offer, with 63% of business owners say the expense cuts into profits they’d use to expand, according to the most recent National Small Business Association health care survey. U.S businesses with fewer than 200 employees pay average premiums of $6,435 for individuals and $17,546 for families. Premiums have risen about 13% since 2013, when the Obamacare exchanges launched, according to the Kaiser Family Foundation.

While businesses with 50 or more employees must offer coverage by law, smaller companies say health insurance has become table stakes in the hiring game. Still, rising premiums are increasingly keeping them out of the game. In 2010, about two-thirds of firms with fewer than 50 employees offered health insurance; in 2016, just half offered insurance, according to Kaiser.

In fact, small businesses appear to have been more hurt by the ACA than their larger peers, says Jerry Kominski, a professor in the department of health policy and management at the University of California Los Angeles. Whereas big companies have continued to use their scale advantages to control premium costs, the health care law has encouraged insurance carriers to pool small businesses together, offering more standardized policies to spread the risk. While some riskier small companies may have benefitted by getting more generous policies, others with essentially healthy employees would have seen expenses go up for policies that are not as good. “[Some] small businesses would be worse off than they were before,” Kominsky says.

Indeed, for those that do offer health care plans, it’s a complicated, ever-changing process where one size definitely does not fit all. In fact, solutions for offering health plans are as unique as the companies themselves.

Here are the stories of five businesses.

Chief executive Annmarie Lanesey founded her four-person custom software design company in 2008. Although the company, which has revenue under $1 million, is far below the 50-person threshold of the employer mandate, Lanesey says she provides the benefit because “it’s the right thing to do,” and because in the highly competitive technology world, she wants to attract the best talent.

Lanesey originally used a group plan, purchased from her local Chamber of Commerce, but switched to a broker in 2013, as the Chamber started cutting back on options, she says. Now she offers bronze, silver and gold plans through Capital District Physicians’ Health Plan, a regional provider, and contributes $250 per month. Apart from premiums rising on average about 20% a year, Lanesey says her biggest issue is the complexity around tiered pharmacy plans, many of which will only cover 50% of drug costs. She steers clear of those, opting only for ones that cover a minimum 80% of costs.

“That could be very burdensome for the employee,” especially those who need ongoing prescriptions, she says.

All told, Lanesey says her total cost is about $15,000 a year for her employees’ health insurance.

“That’s a lot of money, considering [my employees] still have to pay out of pocket,” she says.

Founded in 2009, the company, which provides warranties on restorative dental treatment like caps and crowns, has 10 full-time employees, and $4 million in annual revenue. Chief executive Parker Ence says he’d looked into group coverage, but with premiums approaching $800 per employee per month, he sought another solution. Now he sets a budget for annual health care expenses—in his case, about $20,000—and then essentially gives his employees money to go shopping for plans. Many use the state health care exchange. Others contact brokers, or health insurance companies themselves.

“Our employees find their own plans,” Ence says.

He uses Zane Benefits’ PeopleKeep platform to help keep track of the premiums employees pay and schedule paycheck reimbursements. Dental Warranty reimburses between $200 to $350 per employee per month, Ence says, depending on whether they choose single or family plans. Dental Warranty plans to increase its budget by about 20% 2017, based on premium increases in the region.

Founded in 2013 by chief executive Dylan Whitman, BVAccel is an agency partner to Shopify and Google, and helps big brands with their ecommerce marketing strategies. The company, which has $5 million in annual revenue, has been on a tear, adding 30 employees in the last six months alone. It currently has 50 workers, which means it is required to provide insurance under the ACA.

Despite the controversies surrounding Zenefits, including state investigations into its insurance selling practices, BVAccel uses Zenefits as a broker, and its software for administrative functions like employee sign up. BVAccel pays 100% of health care premiums for employees if they choose a basic, or bronze level Aetna point of service (POS) plan for either themselves or families Workers pay the difference if they choose higher level plans. Whitman estimates his total monthly premium expenses are more than $16,000. Premiums increased between 20% and 25% in 2016, Whitman says, and he estimates premiums may rise by an equivalent amount for 2017.

“If you are running your business right, you can make sure operationally to make sure you account for taking care of team members in a good way,” says Whitman.

Founded in 2010 by Ryan Harwood, the women’s lifestyle media company has 60 employees and less than $20 million in annual revenue. In the company’s first few years, it had just five or six employees, and used a broker to purchase health care plans through UnitedHealthcare. Since 2015, and the rollout of the employer mandate for companies of its size, PureWow switched to a professional employer organization, or PEO. PEOs such as ADP or Trinet work as co-employers, handling administrative and human resources functions like hiring and onboarding new employees, payroll and benefits, and ensuring compliance with the ACA.

“The cost of insurance is lower than what you can find on your own in the small business market,” says Phil Vuong, vice president of finance for PureWow, who would not name the PEO the company uses for competitive reasons.

The upside is that employees get a wide range of plans—15 in all, and options in every state. The downside is the administrative costs, which can add 25% to 30% to the total cost of plans, although it frees PureWow from the expense of managing the plans on its own. PureWow subsidizes on average 80% of its employees’ premiums, and pays about $200,000 annually for health care. The company’s premiums increased between 10% and 20% in 2016, Vuong says, and he expects premium costs to go up an additional 20% for 2017.

Related: Why States Are Asking Small Business to Solve the Retirement Crisis

The search-driven business intelligence software company, co-founded in 2012 by chief executive Ajeet Singh, has grown rapidly to 130 employees in just few short years. In order to attract the best engineers it says it does from tech behemoths Google and Facebook, it has to offer top-notch benefits. So early on, Singh says he and other company executives decided to pay all health care premiums at 100%, and to fully reimburse for co-pays, deductibles, and prescription costs. The company uses a broker to find options, and in 2015 settled on coverage through a Blue Cross Blue Shield PPO plan. Employees get reimbursed for copays and deductibles through individual health reimbursement accounts.

“It’s been very popular with employees, many of whom we hired from Google,” Singh says.

The price tag is about $12,000 per employee per year, says Singh, who adds that premiums increased about 30% in 2015 due to a change in plan and carrier, but have since increased at a rate of 5% annually. Thoughtspot does not release revenues, but it has raised $100 million in venture capital from investors including General Catalyst Partners and Khosla Ventures.