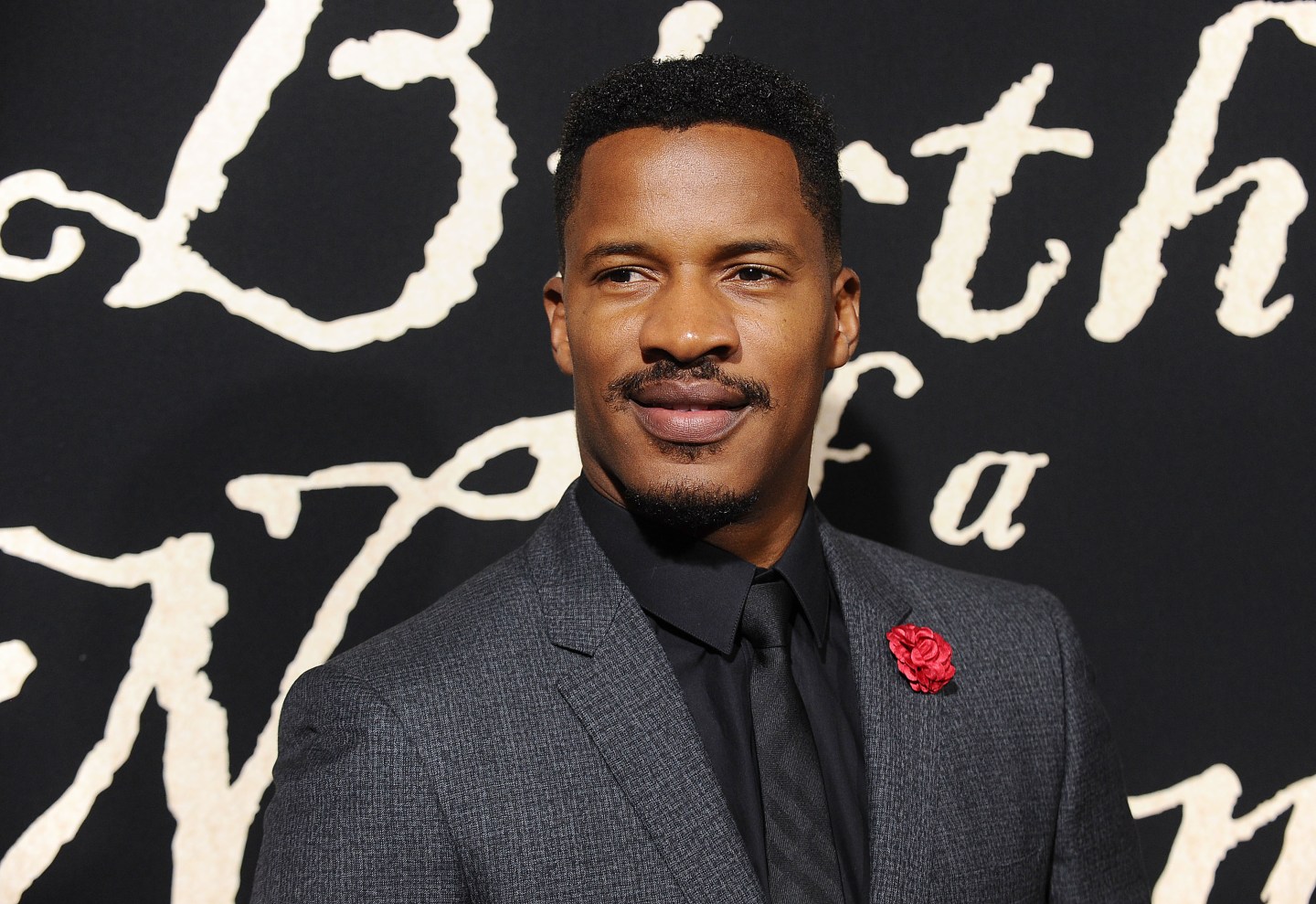 The Birth of a Nation director and star Nate Parker appeared on Sunday’s 60 Minutes, saying he won’t apologize for the 1999 rape case that has resurfaced since his film debuted at this year’s Sundance Film Festival.

In the interview, portions of which were previously released by CBS, Parker told Anderson Cooper no apology was necessary to the alleged victim or her family. The woman who accused Parker and his Birth of a Nation collaborator Jean Celestin of sexual assault died by suicide in 2012.

“I do think it’s tragic, so much of what’s happened. And the fact that the family’s had to endure with respect to this woman not being here. But, I also think that—and I don’t want to harp on this and I don’t want to be disrespectful of them at all—but at some point I have to say it. I was falsely accused. You know, I went to court. And I sat in trial. You know, I was vindicated. I was proven innocent,” Parker said. “And I feel terrible that this woman isn’t here. I feel terrible that her family had to deal with that. But as I sit here, an apology is, no.”

Parker was acquitted in the case, which found him and Celestin accused of raping a fellow student at Penn State University in 1999. Celestin was convicted of the sexual assault, but the verdict was later overturned because he received an ineffective defense. Celestin did not receive a new trial.

When asked by Cooper if it was a mistake to have Celestin involved in the film (he has a story credit on The Birth of a Nation), Parker said no.

“I don’t think so at all,” Parker said. “The reality is, Jean went to jail for something he did not do, so when it came time to write this story, I said, ‘Well, you want to help with this?’”

The filmmaker also told Cooper he was surprised by the criticism over his continuing to associate with Celestin.

In parts of the interview that were excerpted on Friday, Parker was asked if he feels guilty about anything that happened on the night of the alleged assault. “I don’t feel guilty,” he said.

When Cooper then asked if Parker feels he did something morally wrong, he replied, “As a Christian man, just being in that situation, yeah, sure. I’m 36 years old right now, and my faith is very important to me. So looking back through that lens, I definitely feel like it’s not the lens that I had when I was 19 years old.”

The Birth of a Nation follows the story of Nat Turner’s 1831 slave rebellion, and Parker directed, wrote, produced, and stars as Turner in the film. During his interview with Cooper, Parker said potential moviegoers shouldn’t stay away from the film because of his past. “I think that Nat Turner, as a hero, what he did in history, is bigger than me,” he said. “I think it’s bigger than all of us.”

Details of Parker’s case resurfaced this year after Birth of a Nation debuted at the Sundance Film Festival, where it sold for a record-breaking $17.5 million to Fox Searchlight, and now approaches its Oct. 7 release date. In August, Variety reported that Parker’s accuser died by suicide in 2012.

Parker expressed “profound sorrow” upon learning of her death, a sentiment he echoed in the 60 Minutes interview. “I was devastated,” he said. “It was shocking. I couldn’t believe it.”