Here’s How You Can Hedge Against Both Trump and Clinton 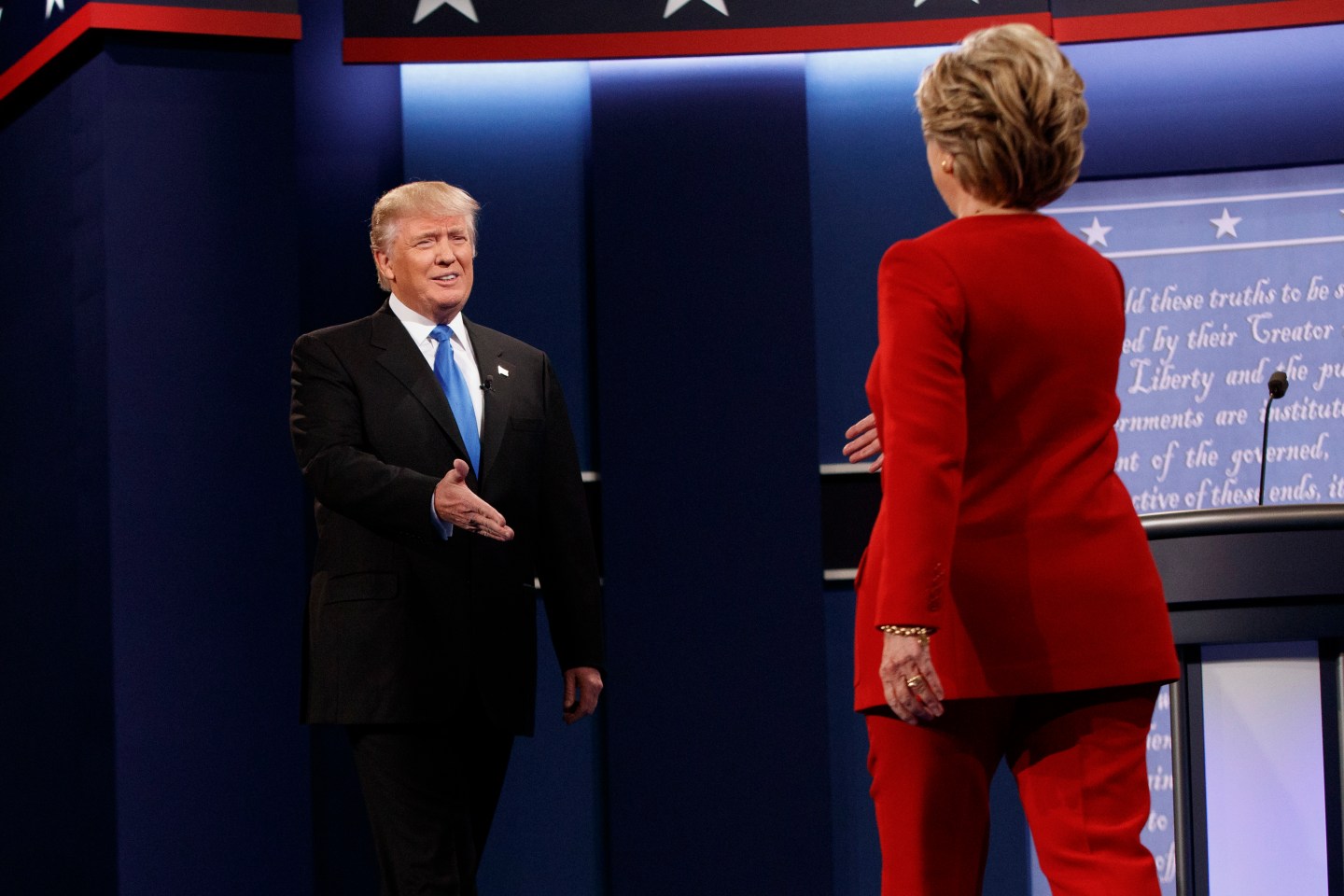 With just five weeks to go until the U.S. presidential elections, investors are still uncertain who will take the White House: Trump or Clinton.

But investment banking giant Credit Suisse says there’s at least one way for investors to protect themselves in both scenarios: Bet on the defense sector.

“We believe that defense stocks embody a large number of our favorite themes and offer some hedge to the U.S. presidential election and increasing global political tensions,” the team of analysts led by Andrew Garthwaite wrote in a Monday note to clients, saying the hedge would be strongest against a Donald Trump presidency.

The team noted that both Democratic and Republican presidential nominees have suggested raising the military spending cap. Trump has expressed plans to increase defense spending by 15%. Those funds would go toward increasing active Army and Marine troops, as well as boosting the number of fighter crafts in the Air Force by 100 to 1,200, and building another 75 surface ships and submarines for the Navy for a total of 350.

That would result in another $80 billion to $90 billion in additional spending from Obama’s 2017 defemse budget, Garthwaite wrote.

Trump has also suggests that under his presidency, the U.S. would back NATO members only if they too increased military by 2%.

Hillary Clinton on the other hand has been more vague regarding her military spending policies, though the candidate has been known for her more hawkish policies during her time as Secretary of State. During the campaign cycle, Clinton has also suggested raising the spending cap by ending defense sequester cuts “for both defense and non-defense in a balanced way” on her website. Clinton has also voiced support for “net-centric warfare,” which suggests investments in technology that strengthens information sharing among U.S. military branches.

More From Fortune on Investing During the Presidential Elections:

Additionally, military spending is also likely to ramp up outside the U.S, as global political tension continuing mounting, the Credit Suisse team wrote. Russia and China have been continuing their joint naval exercises, while in June, NATO countries conducted the largest war games in Eastern Europe since the Cold War. Despite pressure to lower their budget deficits, many European countries have also continued to increase defense spending. Last year, 16 NATO member states decided to increase defense spending. In Japan, Prime Minister Shinzo Abe recently appointed a defense minister known to be rather hawkish, Tomomi Inada.