Here Are the Stocks to Buy if Donald Trump Becomes President 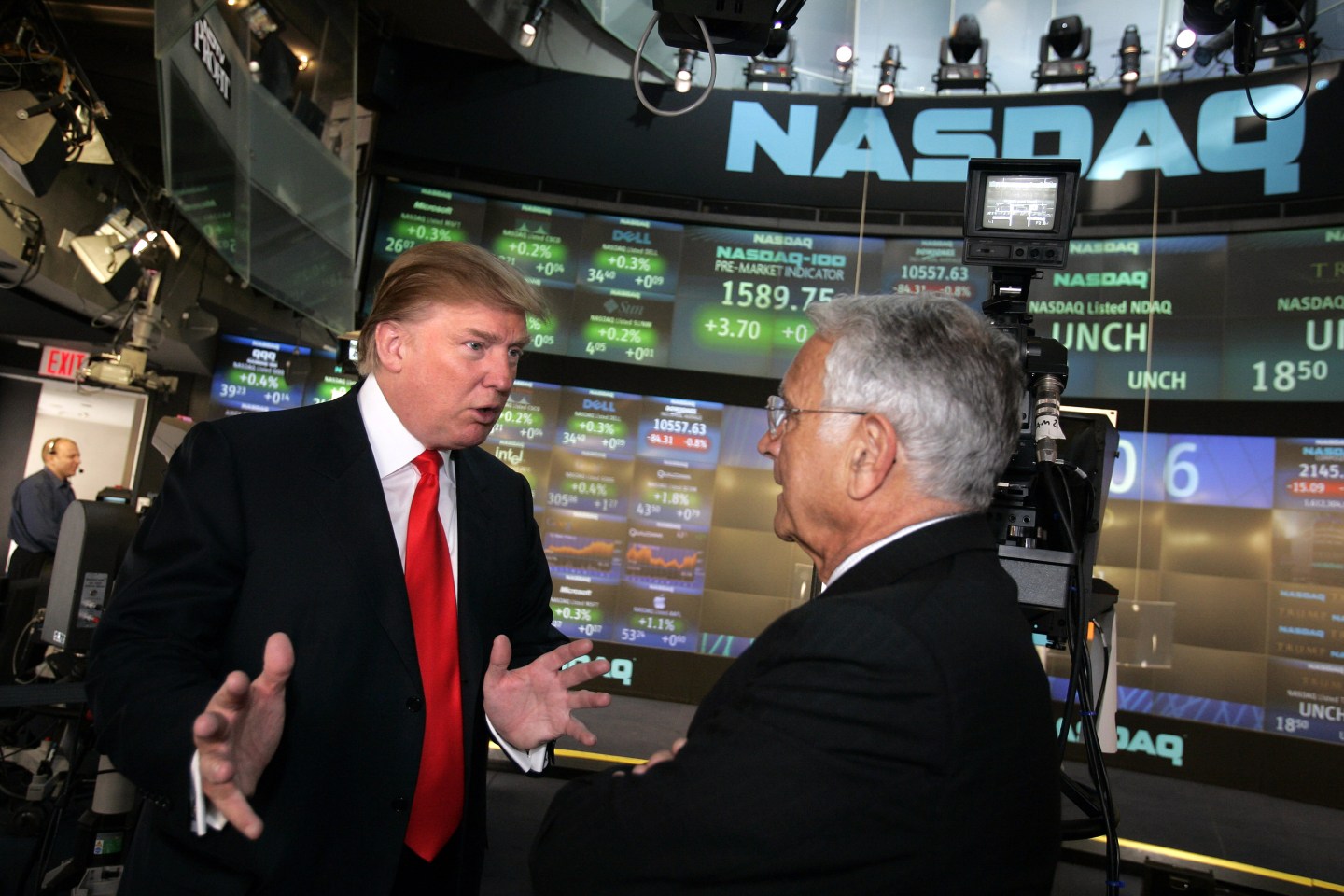 Big change in the land’s highest office can mean big changes in the economy. In general, promises are broken or only half kept. Still, we get clues on which areas of the economy will be favored, and which will not. Health care got a boost under President Obama, and defense did well under George W. Bush. With any politician running for office it’s hard to know exactly how things will turn out if they’re elected. What if Donald Trump were to become the next U.S. President, which sectors would benefit then? Here’s what some experts had to say on the matter:

Military strength has long been the Republican party mantra. Trump might be even more aggressive.

“In terms of going after terrorists from the air, you’d see an expansion of that,” says Ian Bremmer, president of Eurasia Group. Compared to Obama, Trump is not risk averse and is much more likely to take action that is “narrowly unilateral and doing it without an awful lot of discussion.”

It should be clear to anyone with a car that the nation’s roads need an upgrade. And Trump has said he would like to do something about it. In a debate in December, Trump said the nation would benefit from spending billions fixing roads, bridges, airports.

On top of that, Trump’s biggest campaign promise—building a 50-foot wall on the boarder of Mexico—would be a huge infrastructure project. Estimates range from $15 billion to $25 billion to build the wall, which would have to stretch some 2,000 miles to cover the entire board. Maintenance could run another $750 million annually.

Tanous points to Jacobs Engineering (JEC) as a likely benefactor of such a makeover. Likewise, the Fluor (FLR), which competes with Jacobs, will pick up business. As with all things that involve earth moving Caterpillar (CAT) should benefit as well.

“He has a fairly protectionist message,” says Jason Pride, director of investment strategy. Protectionism, whether it be through tariffs or quotas on imported goods will be bad for multinationals because they are directly involved in international trade.

Smaller companies, particularly those that predominantly operate in the United States, will be dramatically less affected. As a result small cap stocks should outperform the shares of large companies. A good investment then could be Vanguard’s Russell 2000 ETF, which tracks 2000 small-cap and mid-sized companies.

Still, Pride warns, because Trump is an outsider to the globalization establishment there will likely be a lot of uncertainty about how things will turn out if he becomes president. Already, Trump has back peddled on getting rid of a visa program for skilled workers. So look for some softening on his stance against free trade as well.

A protectionist policy to trade combined with a crack down on illegal immigration could have an interesting impact.

First, if companies started to manufacture in the U.S. again then we would likely see wages for skilled factory workers jump.

More and better wages for workers would likely benefit those industries not affected too much by international trade, like restaurants. That’s something that could benefit the dining business, says Peter Morici, professor of economics at the University of Maryland University School of Business.

That said, the back bone of the food service industry depends on at least some illegal labor. If the “mass deportation” ever materialized, which is doubtful, then wages and other costs in the restaurant business could rise as well.

Still, there could be a case for investing in primarily domestic chains, particularly those with clients that are less price sensitive if the restaurant industry does have to shell out more money for workers.