Kim Kardashian Just Got Robbed of $10 Million in Jewelry 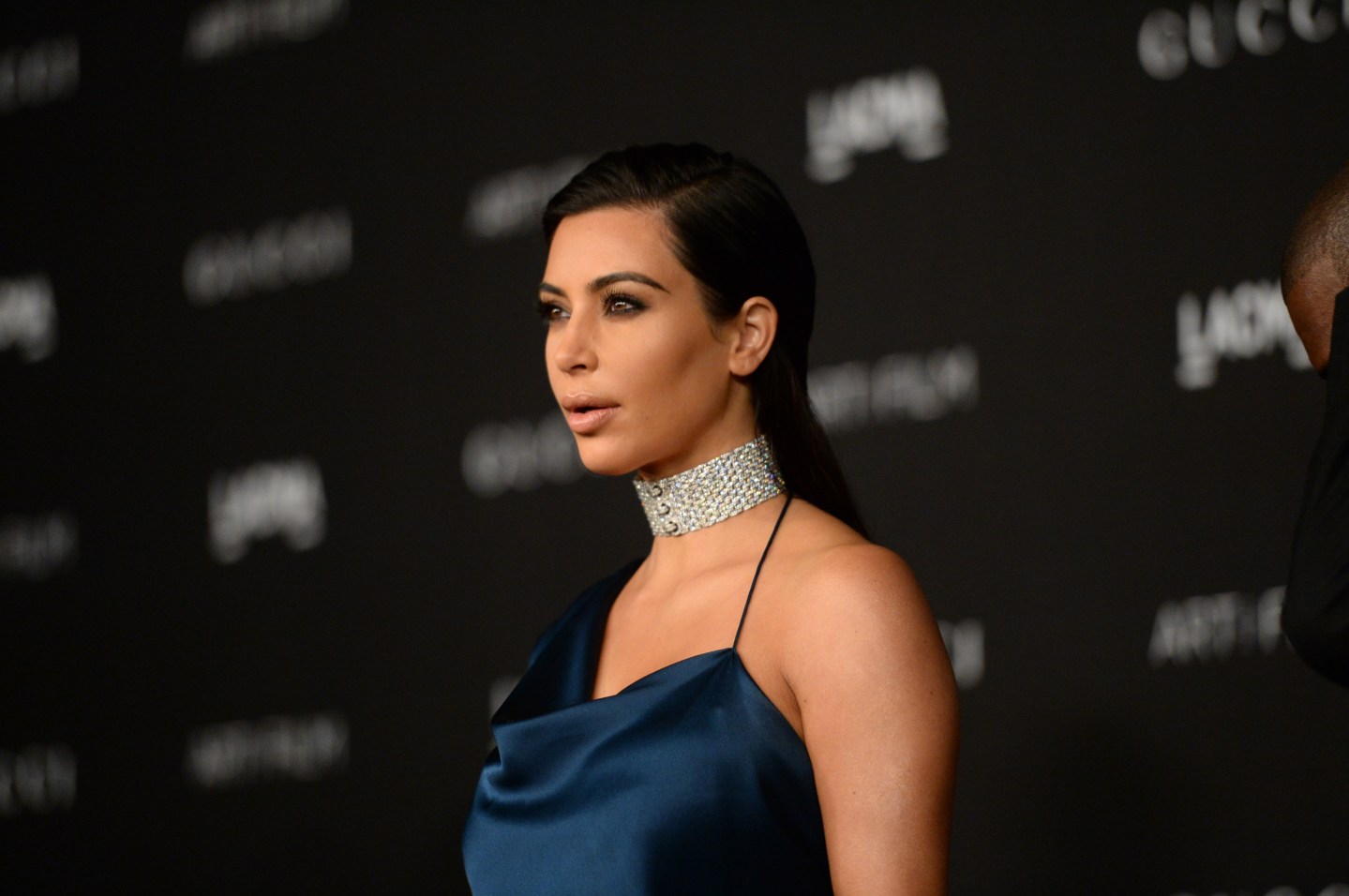 Masked men put a gun to reality TV star Kim Kardashian’s temple, left her tied up in the bathroom of her luxury residence in Paris and stole millions of dollars’ worth of jewelry in the early hours of Monday, police and her publicist said.

Kardashian, wife of rapper Kanye West, later left France aboard a private jet from Le Bourget airport after having spoken to investigators.

Two of the men entered Kardashian’s apartment after threatening the night guard with a hand gun. Kardashian was not beaten, but the robbers put a handgun against her temple before tying her up, the source said. iTELE television said she had been tied up with packing tape.

The robbers stole a box with 5-6 million euros’ ($5.6-$6.7 million) worth of jewels and a ring worth about 4 million euros, the source said.

Kardashian was discovered “badly shaken but physically unharmed”, according to her publicist, Ina Treciokas.

As news of the event spread, West abruptly ended a performance in New York less than an hour into his set.

“I’m sorry I have a family emergency, I have to stop the show,” West told the audience in video tweeted by fans at the Meadows Festival in Queens.

The Paris apartment block is a discreet building behind the city’s Madeleine church, with several secret entrances, often frequented by movie and music stars who pay up to 15,000 euros a night.

The source said the attackers fled on bicycles. Police found the night guard in the staircase, his hand and feet bound.

Kardashian was in Paris with her mother Kris Jenner and her sisters Kendall Jenner and Kourtney Kardashian to attend the fashion week. The rest of the family stayed in a hotel.

The robbery set social media alight, with many users expressing disbelief at the latest headline-grabbing event in the life of a TV star who life is continually documented on screen and the internet.

Most comments, however, were supportive.

“Kim Kardashian is a mother, a wife, daughter and sister. Despite the fact that you don’t like her, being held up at gun point is not funny,” said one post by Alieuisha.

The armed robbery could add to worries about safety in Paris, hit by a series of attacks by Islamist militants last year.

Tourist numbers to what is traditionally the most visited city in the world, fell 6.4 percent in the first half of 2016 as many Asians and Americans stayed away.

“We worry about the image of Paris. This will be all over the news channels, imagine the negative publicity,” Nathalie Kosciusko-Morizet, head of the conservative opposition in Paris, told Europe 1 radio.