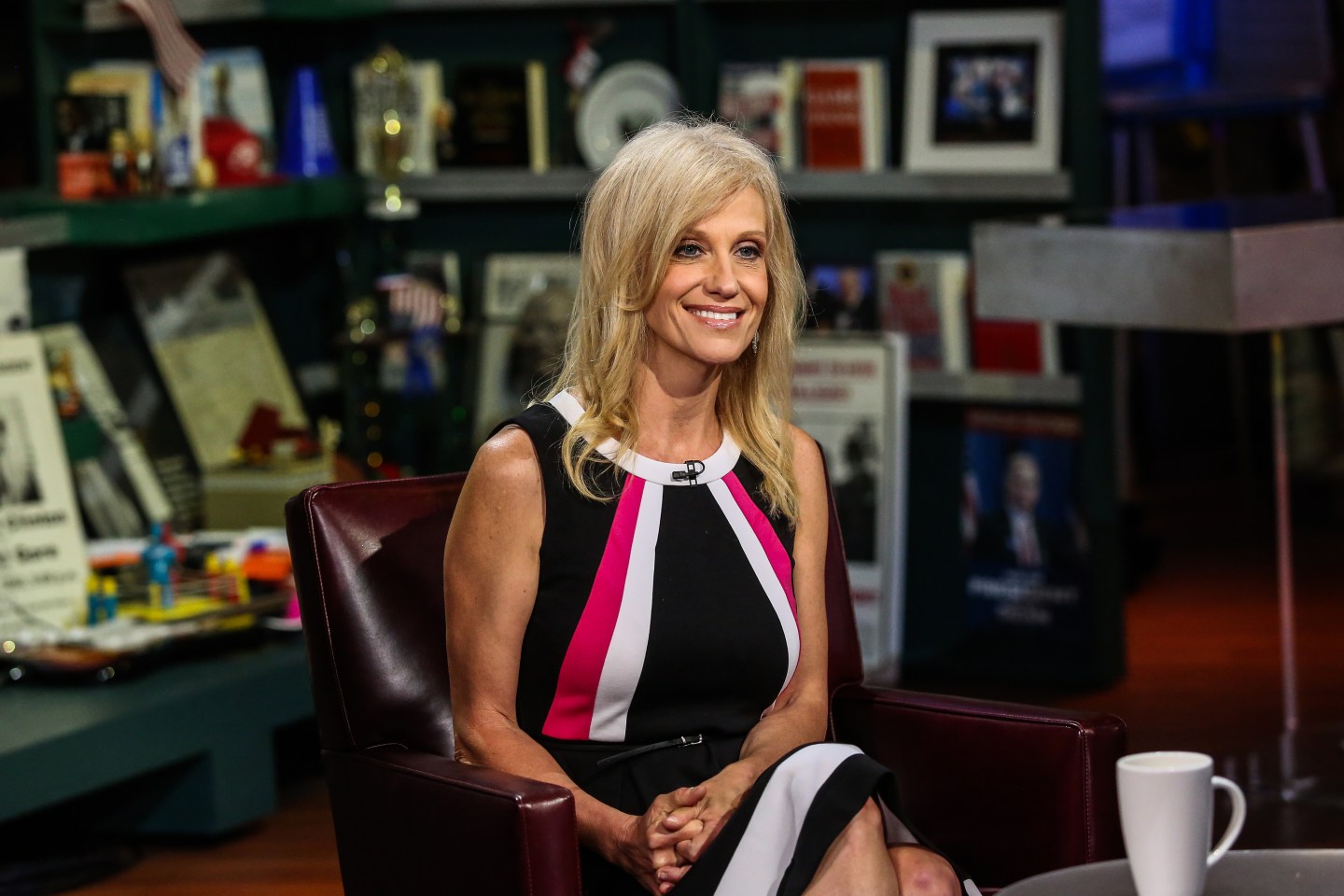 There’s one person that’s coming out a winner no matter what the outcome is on Election Day: Kellyanne Conway.

On Monday, Politico reported that Conway, who currently serves as Donald Trump’s campaign manager, has collected nearly $1.9 million in fees from political campaign committees through her polling company—more than twice as much as in previous elections.

Her firm, The Polling Company, works for both the GOP nominee’s presidential campaign and a super PAC that had previously backed Ted Cruz, but has since reformed to support Trump, presenting a potential conflict of interest, as campaign law prohibits coordination between candidates and PACs.

Conway, who joined the campaign on July 1, tells Politico that her firm has “separate staffs” for the campaign and super PAC accounts, and that “we have a firewall” between them. Additionally, she told the publication: “I have never been inside the PAC firewall and have done no work for this PAC.”

The political operative was in the headlines just last week for an interview she did with Fox News’ Megyn Kelly regarding Trump’s performance in the first presidential debate. After Kelly asked Conway repeatedly about the candidate’s sexist remarks, Conway conceded that Trump should focus on “speak[ing] to America’s women based on the issues about which they care: prosperity and security.”

When asked to comment on this story, The Polling Company referred Fortune to the Trump campaign, which did not respond to a request for comment.