Why Apple’s iPhone 7 and iOS 10 Adoptions Are Soaring 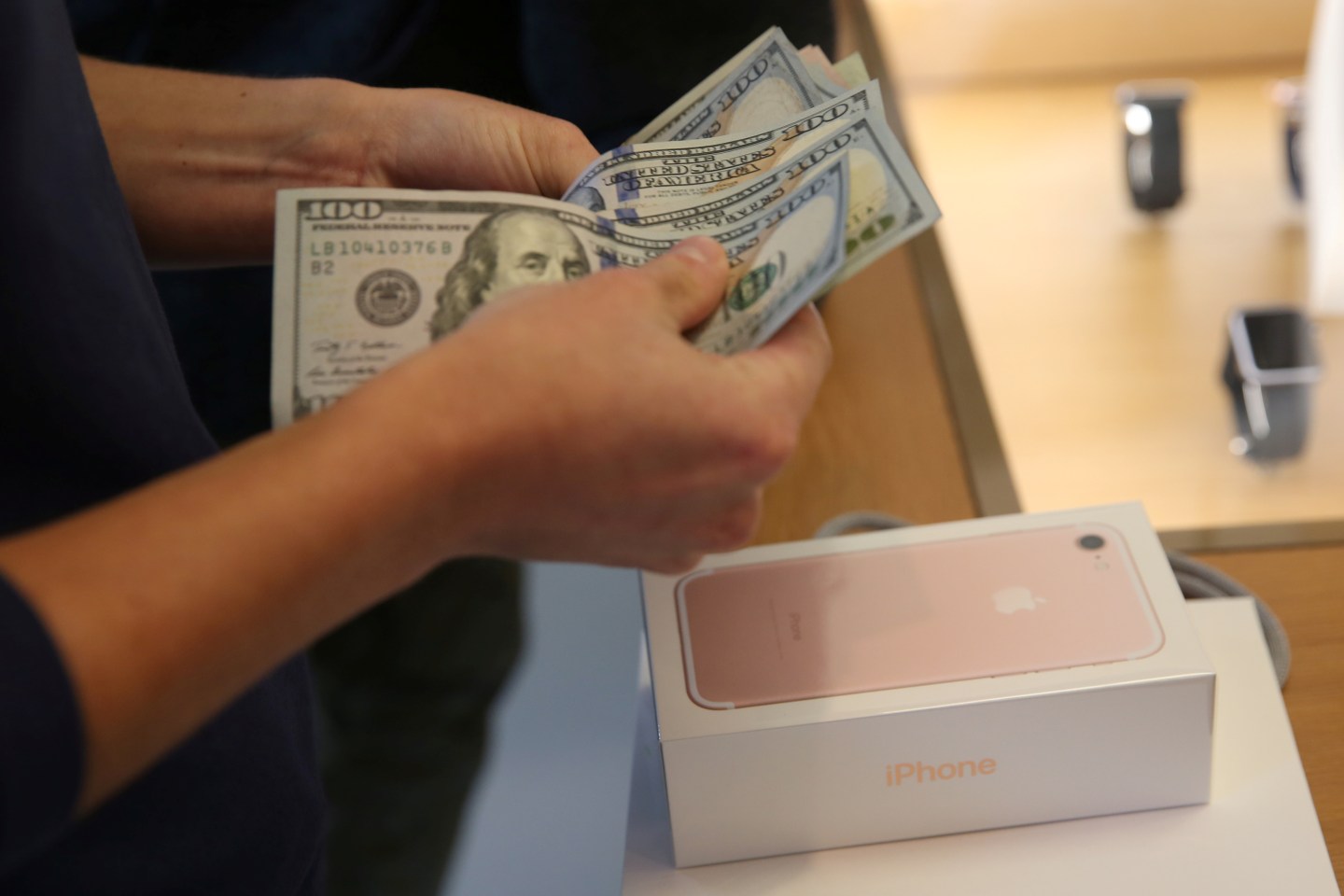 Apple’s iPhone 7 and iPhone 7 Plus are proving popular, according to new research.

After two weeks on store shelves, Apple’s iPhone 7 line has combined to capture 3.6% of the entire iPhone market, research firm Localytics revealed on Monday. That makes the iPhone 7 more successful in its first two weeks on store shelves than last year’s iPhone 6s line, which nabbed 2.6% iPhone market share in the same period. However, the iPhone 6 and iPhone 6 Plus were more popular in their first two weeks of availability in 2014, capturing 4% market share.

“Many consumers may have felt the ‘6S’ models were not different enough to warrant an upgrade from the ‘6’ models, but have since found sufficient reasons to adopt one of the ‘7’ devices,” Localytics said in a statement.

Apple (AAPL) released the iPhone 7 and iPhone 7 Plus in the U.S. on Sept. 16. The smartphones come with a similar design to the iPhone 6s line, but offer improved cameras, better processing power, and a brighter display. They are also the first iPhones from Apple not to come with a headphone jack. That omission has proven controversial and prompted some to question whether the iPhone 7 would be as popular as Apple had hoped or annoy consumers who expect the ubiquitous port.

Localytics’ data, which analyzes more than 70 million iOS devices, suggests Apple’s omission wasn’t a concern among many buyers and the iPhone 7 has been widely accepted in the marketplace.

But it’s not alone.

In addition to iPhones, Localytics also examined iOS 10 adoption in its first weeks of availability. The company similarly found that the operating system is proving popular, and is now running on 40% of all iOS-based devices, including iPhones and iPads. In their own initial two-week period, iOS 8 and iOS 9 were downloaded on 36% and 47% of Apple hardware, respectively.

According to Localytics, iOS 10’s adoption is being boosted by new additions to prominent iOS apps, including iMessage. Apple’s messaging app includes a slew of new features, including GIF support, the ability to preview links before clicking on them, and stickers that can be attached to messages. Apple’s iMessage also now features its own application store for users to extend its functionality with third-party apps.

Apple has also opened up its virtual personal assistant Siri to third-party developers, among several other enhancements.

Looking ahead, Apple’s iPhone 7 and iOS 10 adoption rate could accelerate. The company has been rolling out iPhone 7’s launch each week to different countries and its supply seems to be broadening in markets where the smartphone is already available. More customers, coupled with more supply, usually spells good news for Apple and its adoption figures.