Elizabeth Warren Isn’t Happy With the Department of Education 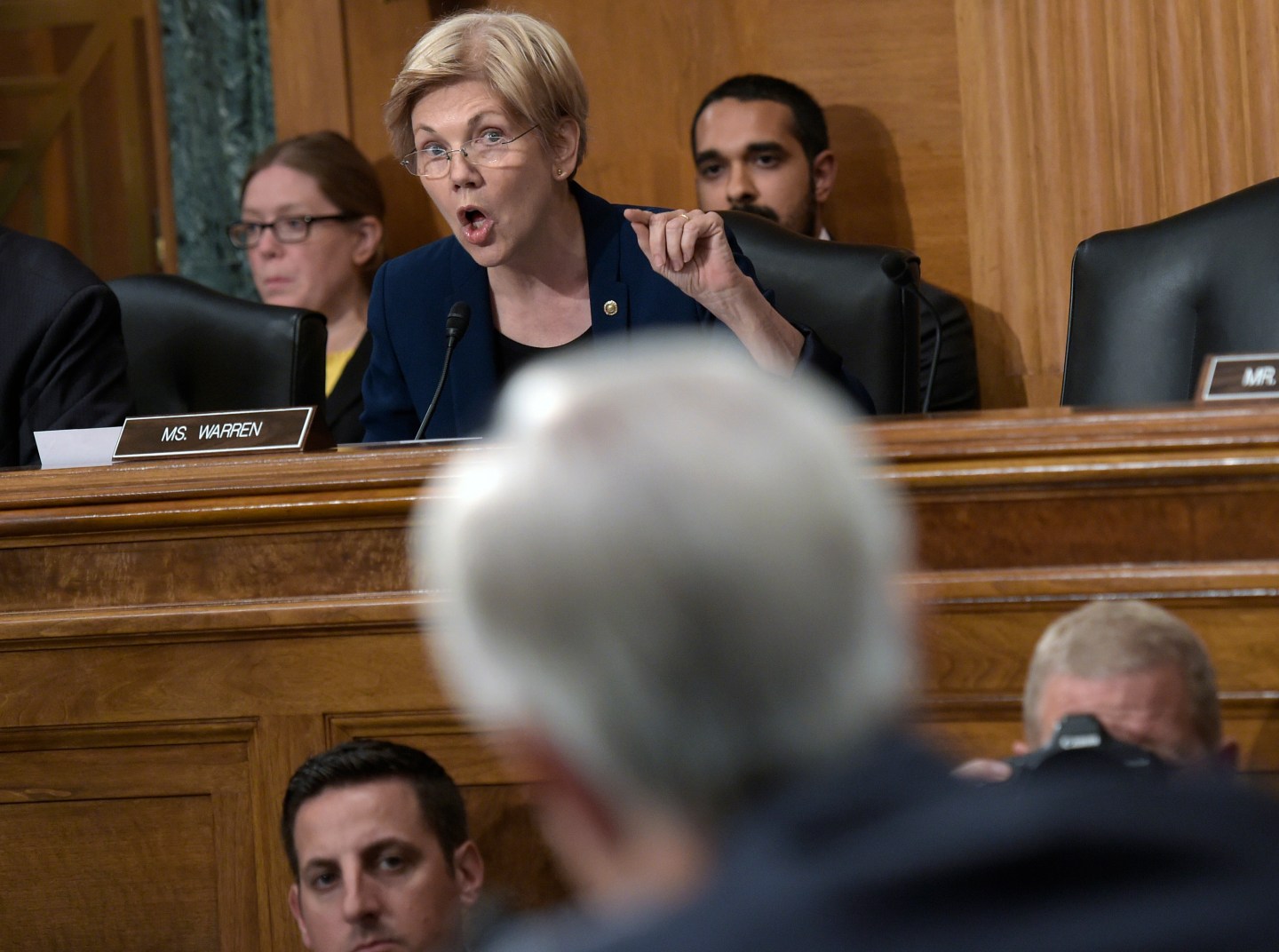 After telling Wells Fargo CEO John Stumpf that he’d exhibited “gutless leadership” and noting that the business models of gig economy companies like Uber and Lyft are “dependent on extremely low wages,” Sen. Elizabeth Warren (D-Mass.) has turned her critical gaze on new quarry: debt collectors working for the U.S. Department of Education.

In a letter published Thursday, Warren says that an investigation conducted by her staff has shown that loan servicers and debt collectors working for the Education Department’s student loan bank were continuing to actively collect debt from students who had attended Corinthian Colleges even though the Department knew that debt might be eligible for forgiveness because the students had been defrauded.

Corinthian is the huge for-profit college chain that shut down in April 2015 in the midst of a $1.1 billion fine and multiple lawsuits over its lending practices and inflated job placement rates. In March, the Department of Education announced that it had made findings of fraud at more than 100 Corinthian campuses and that it had set up an online system whereby students at 91 of them could apply for debt relief.

In her letter, Warren wrote:

According to Warren, her investigation found that “nearly 80,000 former Corinthian students are currently in some form of debt collection as the direct result of actions by the Department’s student loan bank.”

This did not sit well with Warren, who has built her reputation on standing up to corporations and government agencies in the name of fairness to consumers, first as a special advisor for the Consumer Financial Protection Bureau and then as a senator. In the spirit of her “gutless leadership” comment aimed at Wells Fargo’s CEO Stumpf, she wrote:

It is unconscionable that instead of helping these borrowers, vast numbers of Corinthian victims are currently being hounded by the Department’s debt collectors—many having their credit slammed, their tax refunds seized, their Social Security and Earned Income Tax Credit (EITC) payments reduced, or their wages garnished—all to pay fraudulent debts that, under federal law and the Department’s own policies, are likely eligible for discharge and thus, invalid.

According to Warren, the problem is that the Department makes students apply individually to have their debt cancelled—or, in her words, to go through a “complex, resource intensive, unnecessary and baffling scheme”—instead of creating a system that automatically discharged the debt of all students the Department knew had been victims of Corinthian’s fraud.

Warren says her staff’s investigation turned up 79,717 former Corinthian students who are eligible to apply for debt relief but are in some form of debt collection with the Department of Education. Of those, over 30,000 are having tax refunds and other government payments seized, and more than 4,000 are having their wages garnished.

In response to Warren’s letter, Department of Education Undersecretary Ted Mitchell said that the agency would make more efforts to inform indebted former Corinthian students about their options, Bloomberg reports, while Education Secretary John King Jr.said, “We believe part of what is required is for students to attest they actually were defrauded by their institution.”

That will undoubtedly not be enough for Warren. In her letter, she asks for a written response and briefing no later than Oct. 14.