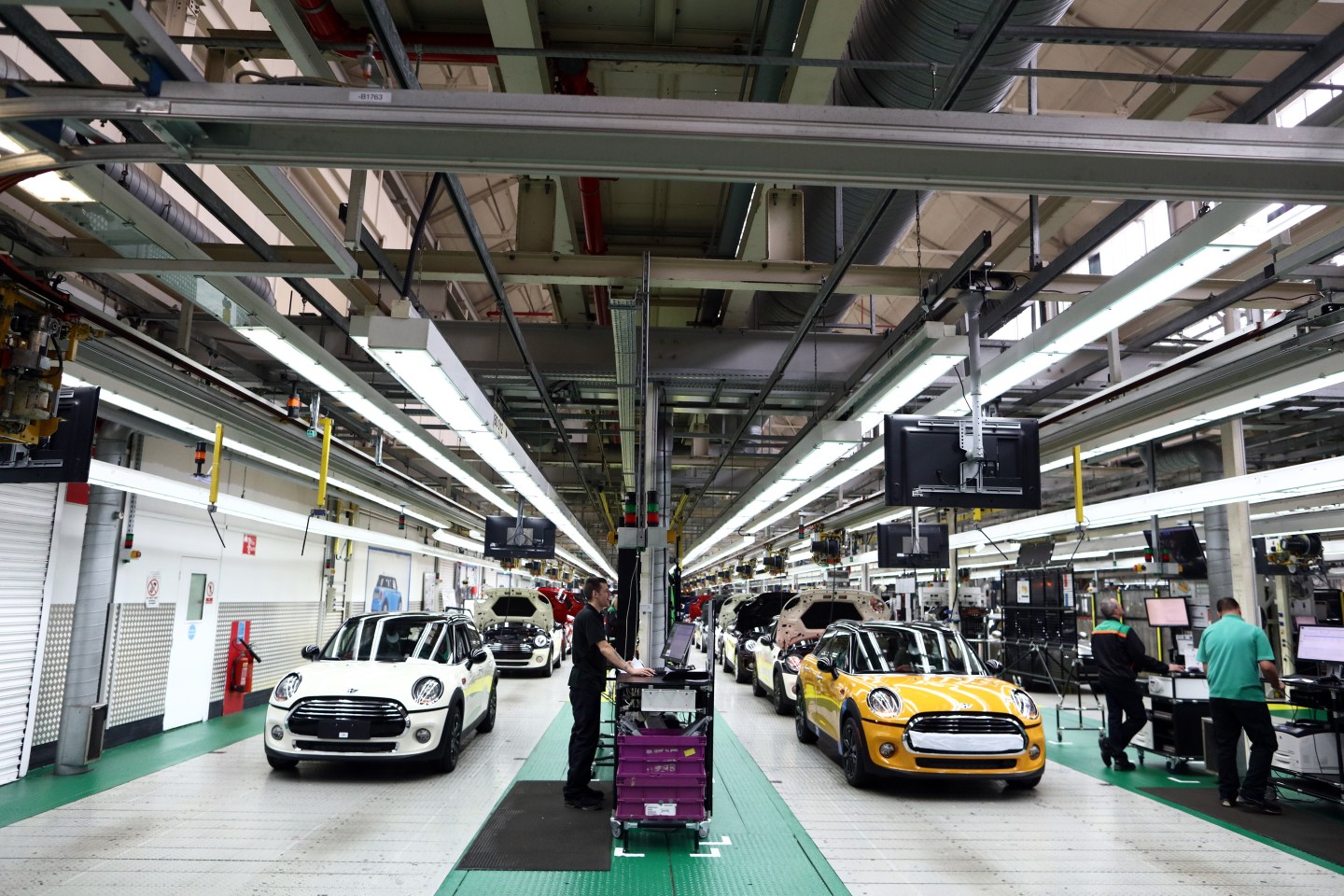 Completed Mini Cooper automobiles, produced by Bayerische Motoren Werke AG (BMW), reach the end of the production line inside the final assembly plant in Oxford, U.K., on Tuesday, Sept. 20, 2016. The U.K. should maintain European Union regulations covering everything from working hours to chemicals until after the government sets out its plans for Brexit, said British manufacturers anxious to avoid a policy vacuum and safeguard access to their biggest export market. Photographer: Chris Ratcliffe/Bloomberg via Getty Images
Chris Ratcliffe — Bloomberg via Getty Images

BMW confirmed a report earlier Friday by Bloomberg. BMW’s official confirmation follows a report earlier this month by German business publication Handelsblatt that the company was planning to restructure its board and develop electric versions of its Mini, BMW 3 series and X4 SUV models.

The publication said BMW’s board was “expected to approve the new electric models during a two-day meeting at the end of the month.” At the time, a BMW spokeswoman said the company wouldn’t comment on “speculation.”

Reuters reported Sept. 9 that top BMW executives were skipping Paris Motor Show events this week to resolve differences over electric vehicle strategy. BMW faces increasing pressure from German rivals Daimler and Volkswagen, which have outlined their own aggressive plans to develop electric cars in a race to catch up to U.S. rival Tesla Motors. General Motors is also introducing its own all-electric car, the Chevy Bolt, although this vehicle is aimed at the mass market, not luxury consumers.

Audi CEO Rupert Stadler laid out a plan at the car maker’s annual meeting in May to introduce a new electric vehicle model every year beginning in 2018. The effort will begin with its first all-electric luxury-class SUV, which will be based on the Audi e-tron quattro concept car that debuted in 2015 at the International Motor Show in Frankfurt.

Stadler’s plan expands on a commitment made last year by Audi of America president Scott Keogh that at least one quarter of all Audi cars sold in the U.S.by 2025 will have a plug.

Earlier this year, Volkswagen’s board adopted a plan that would reshape the company’s core automotive business to focus more on electric vehicles and autonomous driving technology.

Here’s What We Know About the All-Electric Chevy Bolt:

Volkswagen plans to introduce more than 30 all-electric vehicles over the next 10 years with a goal of selling a million of these EVs by 2025. On Thursday, the automaker introduced its electric vehicle concept car—known as the ID concept— at the Paris Motor Show.

The ID concept will have a battery range between 249 and 373 miles and will be launched as a compact electric car in 2020 parallel to the Golf, the company says.

Mercedes also introduced an electric crossover vehicle concept at the Paris Motor Show called the Generation EQ. The concept is a precursor to a new Mercedes brand called EQ, which will cover a number of electric products, from vehicles and charging services to home energy storage units.