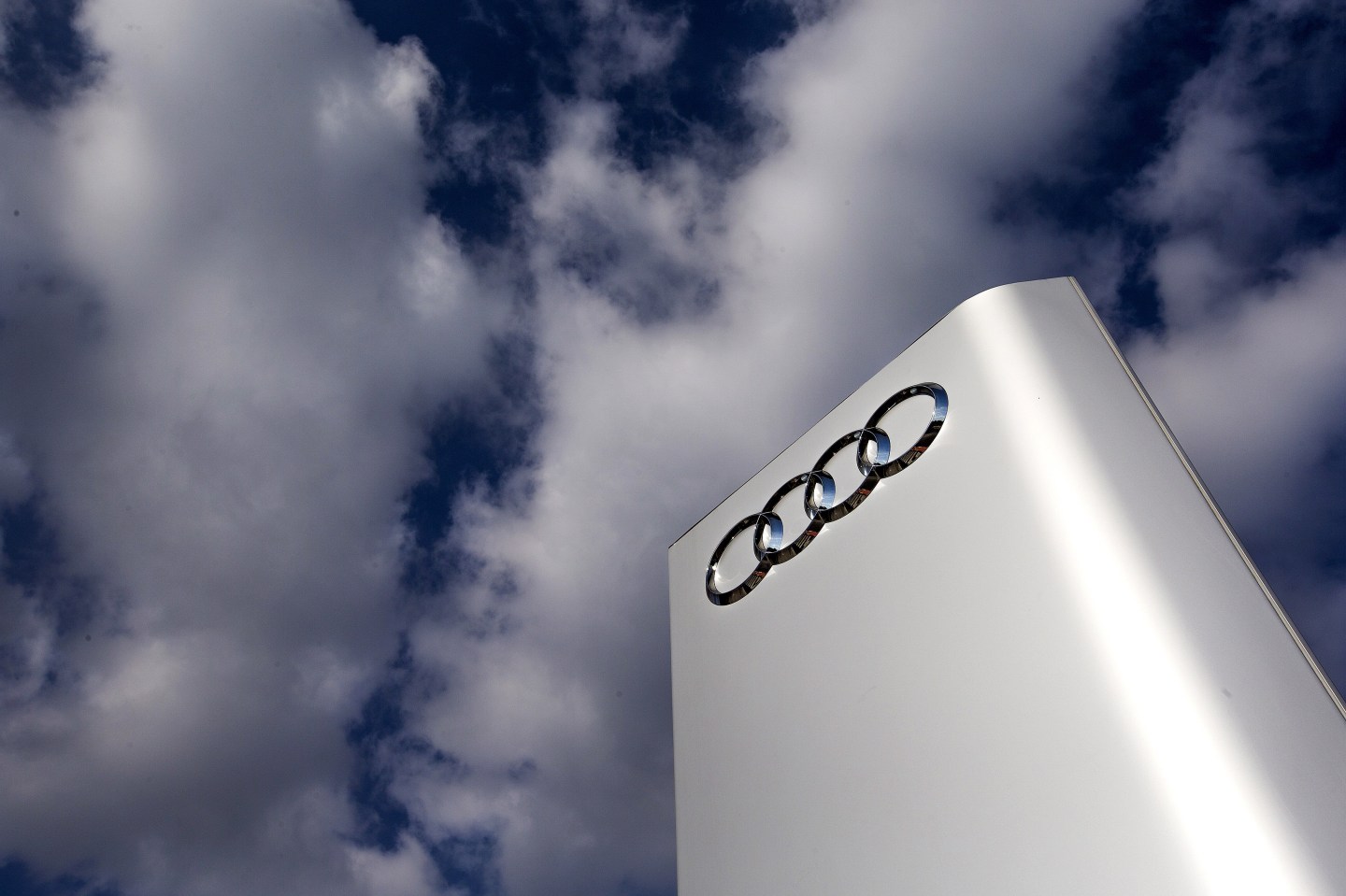 The Audi logo is seen at the entrance of the Audi powerplant in Brussels, Belgium in this September 28, 2015 file picture. REUTERS/Yves Herman/Files - RTX1U94L
Photograph by Yves Herman — Reuters

Audi’s first electric vehicle model in the U.S.—the A3 Sportback e tron—will reach dealerships in a few weeks. But that’s only the beginning.

By 2025, at least one quarter of all Audi cars sold in the U.S. will have a plug, Audi of America president Scott Keogh told Fortune during a dinner event ahead of the L.A. Auto Show, which kicked off today.

This may seem like an attempt by Audi to divert attention away—and distance itself from—parent company Volkswagen and the emissions cheating scandal that continues to swirl around it. However, the shift to electric has been underway for several years, not just in the six weeks since the U.S. Environmental Protection Agency alleged that certain four-cylinder engine Volkswagen vehicles were equipped to fraudulently pass emissions tests.

While the A3 e tron marks the company’s entry into U.S. electric car sales, its opportunity lies with the Audi e tron quattro concept, an all-electric luxury-class SUV that will go into general production in early 2018. The SUV, which will have a 311-mile range, made its debut in September at the International Motor Show in Frankfurt. The SUV, which doesn’t have an official name yet, will make its North American debut today at the L.A. Auto Show. (For now, the concept vehicle is being called the e tron quattro).

Audi focused on developing an all-electric SUV because it’s the best sales opportunity for the company to s, Keogh said during the dinner. “For us, it was very important to build a car where the population is,” Keogh said. “You’re not going to get broad acceptance unless you put vehicles in the market where the mainstream audience is.”

Keep in mind that Audi didn’t even have an SUV until nine years ago. Today, 44% of Audi’s U.S. sales are SUVs, according to spokesman Brad Stertz.

The decision to develop an SUV shows Audi’s overall strategy is strongly weighted by its interest in the U.S. market, where large sport utility vehicles sell well, said Filip Brabec, the company’s director of product management.

But for the all-electric SUV to be successful, the company has to do more than just introduce a new vehicle; there needs to be full support system of resources. That means, building out charging infrastructure and educating consumers to change their perception about electric vehicles, Keogh said. Don’t expect an Audi-branded network of fast-chargers like Tesla’s supercharger network.

Audi is already working on a 150-kilowatt fast-charging network based on a North American standard for electrical connectors for electric vehicles maintained by the Society of Automotive Engineers. The company is still working on that strategy, but it could include partnerships with other companies involving chargers, Keogh said.

Keogh and other Audi execs weren’t ready to talk about pricing on the SUV. He would only say that the company was trying to hit a “sweet spot” and that pricing would be in line with other luxury SUVs.

Even a perfectly priced all-electric SUV and the A3 e tron plug-in hybrid won’t be enough for Audi to hit it’s 25% U.S. sales target. Which means at least one more all-electric or plug-in electric hybrid will have to come to the U.S. marketplace.

For more about Audi, watch this Fortune video: