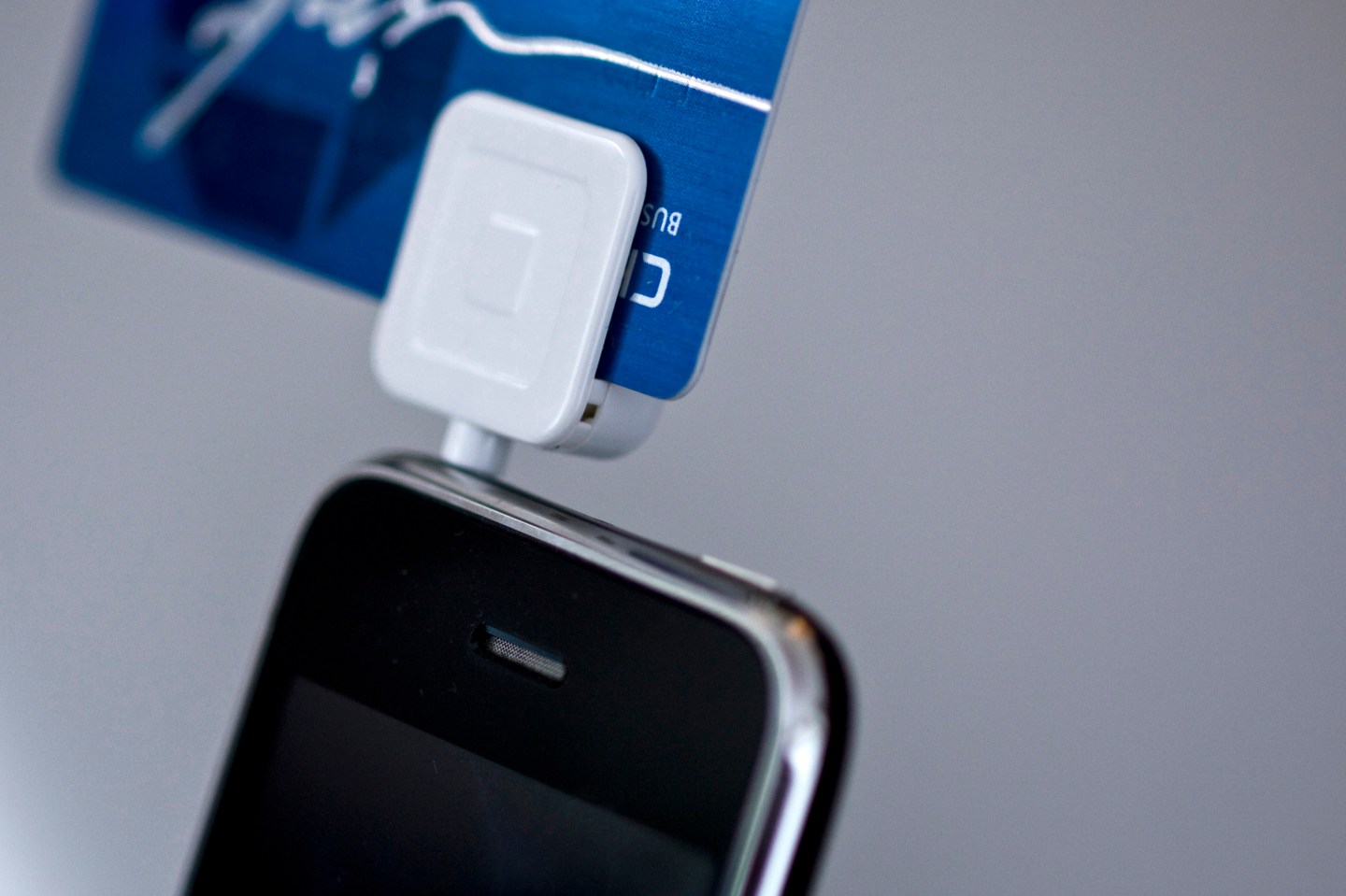 Square, a credit card reader made for smartphones, is plugged into an Apple Inc. iPhone for a photograph in New York, U.S., on Monday, Oct. 25, 2010. Square Inc.'s mobile-payment technology allows smartphone users to make credit card payments and the availability of funding for new ventures.
Photograph by Jin Lee—Bloomberg via Getty Images

The U.S. Supreme Court on Thursday agreed to hear a challenge to a New York state law barring retailers from imposing surcharges on customers who make purchases with a credit card rather than cash.

The court will hear an appeal filed by a group of merchants to a September 2015 ruling by the New York-based 2nd U.S. Circuit Court of Appeals that upheld the law. Nine other states have similar laws. The justices took no action on two cases involving similar challenges to related laws in Florida and Texas.

Merchants have argued that the laws violated retailers’ rights to free speech and due process under the U.S. Constitution.

Retailers have long complained about the cost of accepting credit cards including “swipe fees,” a percentage of a credit card transaction the merchants pay to networks such as MasterCard and Visa every time a credit card is swiped to pay for a purchase. “Swipe fees” average about 2% of a purchase, according to the National Retail Federation.

The surcharges that merchants impose can pass the cost of the “swipe fees” on to consumers.

Five merchants, including a Brooklyn ice cream parlor and a hair salon near Binghamton, challenged the law. In 2013, U.S. District Judge Jed Rakoff sided with the merchants and blocked enforcement of the law, saying it “perpetuates consumer confusion.”

Several merchants, including CVS Health and Safeway, filed a brief urging the high court to take up the issue. Referring to the New York law, lawyers for the companies said it is a free speech violation that “suppresses business, harms the economy and disproportionately burdens low-income consumers.”

The states have said their laws protect consumers, letting customers rely on a retailer’s posted prices rather than be surprised at checkout, when they may resist changing their minds about purchases.

The laws prevent retailers from adding a $2 surcharge but allow them to give “discounts” to cash customers equivalent to the surcharge amount.

The merchants’ lawsuits challenging the laws were filed soon after a 2013 settlement in which leading credit-card companies dropped contractual rules that prevented merchants from adding surcharges.

The court will hear arguments and decide the case in its coming term, which begins on Monday and ends next June.