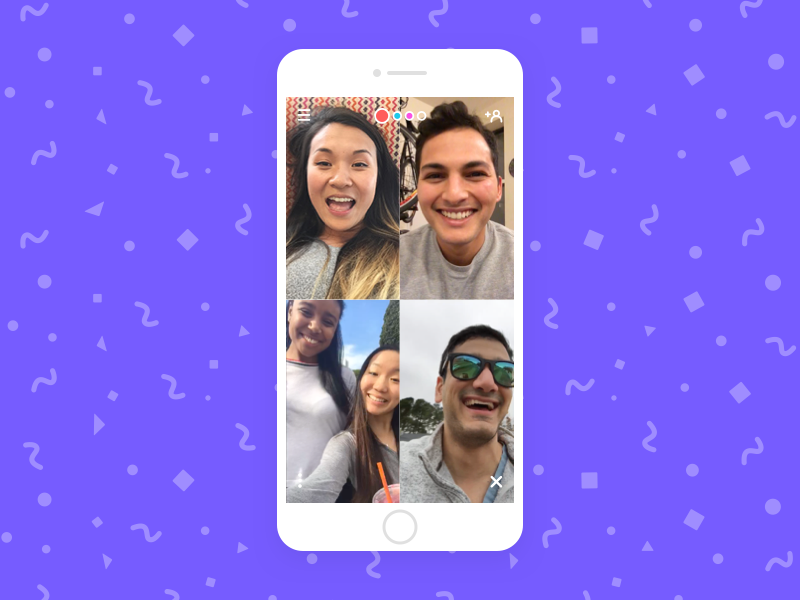 After pivoting from livestreaming video to a group video chat, Life on Air, the developer behind Meerkat, is finally ready to talk about a new app and lessons learned.

Meerket, the company’s original live streaming app, went viral just before the South by Southwest festival in 2015. With help from the huge interest in the app, it collected $14 million in venture capital from a number of VCs and Hollywood insiders.

But the success, as with many Silicon Valley startups, was fleeting. Even though at one point Meerkat had accumulated millions of users, the app faced a tough challenge in competing in mobile livestreaming against Twitter’s rival offering, Periscope, and Facebook’s competitor, Facebook Live. While Meerkat is still in the Apple App Store, the startup behind the app has changed course and is working on something new.

That new venture is called is Houseparty, and CEO and co-founder Ben Rubin best describes it as an informal way to have group video chats on phones. After use of the livestreaming app started slowing last summer, Rubin, his COO Sima Sistani, and the team decided that the startup should focus on something new. “Retention wasn’t good, people were not coming back,” explained Rubin. “Live video is great as a feature on top of an existing social network, not as its own medium.”

Rubin and his team still wanted to focus on live mobile video, but in a more private, yet social experience. “We didn’t want to be a theatre, we wanted to be a house party,” said Rubin. By the end of February, the company had created and quietly debuted their new vision, Houseparty, in the Apple App Store.

In simple terms, the iOS app is a way to chat with friends and family using video. After downloading the app, users can invite contacts to become friends within Houseparty. Whenever the app is opened, friends get push notifications about it and can start to video chat. The amount of push notifications could be intrusive, but users can also turn them off. Users can add other friends to a maximum of eight people in one chat. Users can also make chats, or “rooms” private, and they can switch from room to room.

If a someone who is not a friend joins a video chat such as a friend of a friend, users get a notification that a stranger is entering the room in case they want to end the chat.

Between February and May, the app started taking off, Sistani and Rubin explained. This was partly because the startup was marketing the service at colleges and high schools in the South and Midwest. Word spread, and the app quickly gained hundreds of thousands of users, according to Rubin. At one point, it rose to number two in the Apple app store rankings for top apps.

But over the summer, Houseparty’s traffic dropped off. That’s mainly because the app had not been built to handle the load of hundreds of thousands of simultaneous video chats. So the team had to rebuild the app, and re-launched it in the app store a month ago. Now Houseparty has hit one million users (but declined to say whether these are monthly or daily users), and is growing steadily, says Rubin. Signups have quadrupled some of markets in the past month. Sistani says that the app’s userbase skews to the under 25 crowd, with many of the users at universities and high schools.

And like Meerkat, Houseparty doesn’t yet make any revenue, and Rubin and his team have not yet thought about how to make money. The company has not yet decided whether to shut down Meerkat’s app.

As for competition, there’s no shortage of group, mobile video chat apps, including Microsoft’s Skype, and Google Hangouts. Facebook has group calling in its popular chat app Messenger and it’s likely only a matter of time before the social network adds video capabilities. There’s also Tango and Facebook-owned WhatsApp.

But Rubin claims that these apps are formal in nature, meaning you have to plan Google Hangout by sending a link around to friends. There’s not a social component to these apps, he adds. The comparison he makes is that Picasa and Flickr were great ways to share photos with people before Instagram, but when Instagram launched it added a new social element to how people viewed each others photos. “We want to do that with group video,” he said.

But Rubin and his team have resilience, if all their pivots are any indication. Meerkat was actually born from another pivot. Prior to Meerkat, Rubin and the same team had spent years of working on other unsuccessful livestreaming apps, formerly known as AIR and Yevvo. The company had just recently shifted focus to Meerkat when it caught on—albeit temporarily— in 2015.

Perhaps the fourth time is a charm for Rubin and his team. He remains optimistic despite Meerkat’s past struggles. “If we are a little but lucky and a little bit smart, maybe we will have a big impact this time,” he said. “The last thing I want to do is waste investors money and die slowly.”