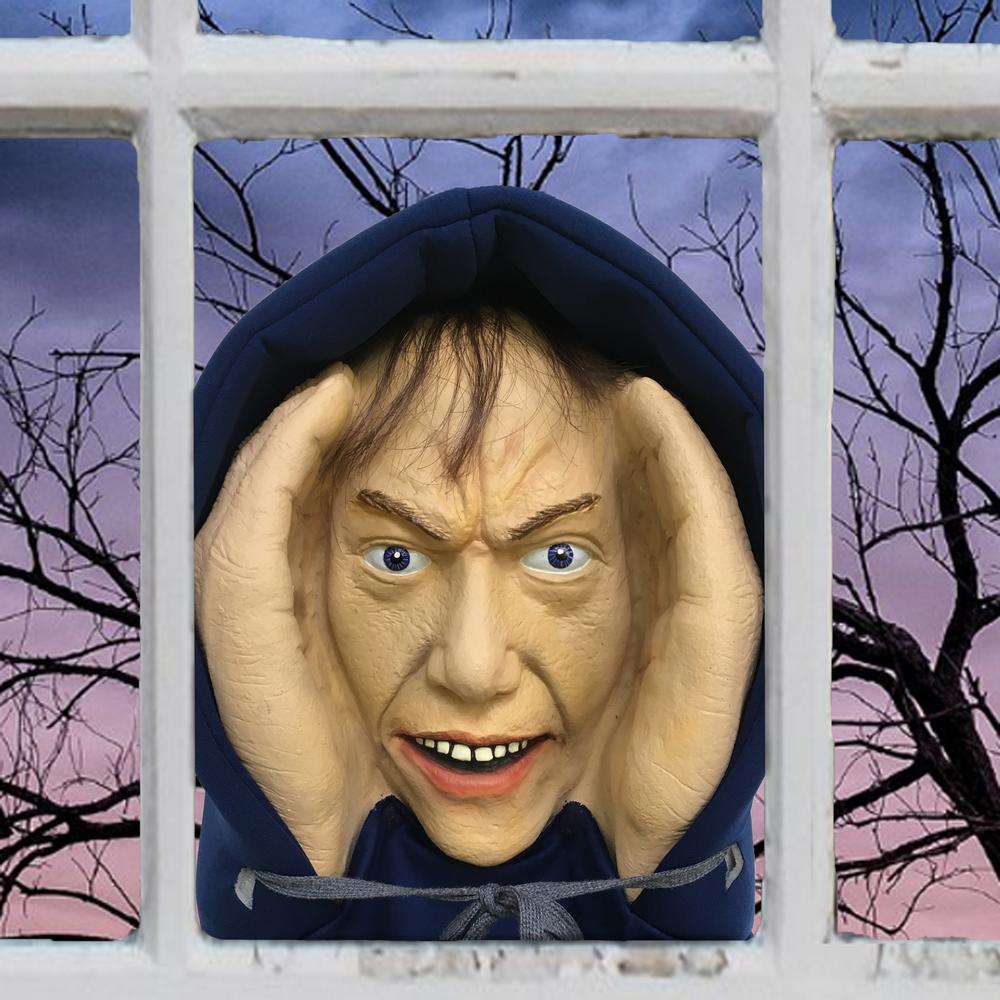 This story has been updated to reflect comment from Scary Peeper.

The “Scary Creeper Peeper” Halloween decoration sold at Home Depot was a bit too realistic for one woman in the Toronto area.

The Halloween window decoration, which is meant to represent a “peeping Tom,” is “perfect for scaring friends and family during Halloween or any other time of the year,” according to its description on Home Depot’s website.

The decoration has suction cups for mounting on a window, and costs $29. It features a creepy looking, hooded man peering through a window with furrowed brows, and a full-sized head, face, and hands. The decoration is meant to look realistic.

But after Breanne Hunt-Wells spotted the Scary Creeper Peeper decoration in a Home Depot in Markham, Ontario, a suburb of Toronto, she told CBC News that she felt the decoration “makes light of predatory behavior against women.”

Hunt-Wells, who is a mother of two, told CBC that she feels the decoration downplays the severity of voyeurism, which can often lead to sexual assault or rape. She also said that she “failed to see the humor” in the decoration.

“It makes light of a very serious crime,” she said. “Voyeurism is a crime in Canada.”

After the issue was brought to Home Depot’s (HD) attention, the home improvement giant agreed the decor was inappropriate and subsequently removed it from its stores in Canada.

“We agree that this is not in line with our core values, and when we heard, took immediate action and are currently in the process of removing this product from our assortment,” a Home Depot spokesperson first told CBC. “We’ve reached out to advise the customer of our actions and apologize. We’re sorry for any offense that was caused.”

Scary Peeper, a company based in North Carolina that created the decorations, reached out to Hunt-Wells to apologize, according to a press release.

“We at Scary Peeper would never, ever, condone any type of violence,” the owners told Fortune in a prepared statement. “Our intention for this product is for it to be used as a fun-spirited prank. We offer our sincerest apologies to anyone who has been offended by our products, and certainly, to those who have been victimized by voyeurs.”

According to the Washington Post, the product is to remain in U.S. stores as well as being offered online.

“I would say to people that say ‘it’s just a joke’ there are a lot of things in our society that have been just a joke over time,” Hunt-Wells said. “Racial jokes, cultural jokes. It takes some talking and thinking to realize that maybe we need to be more sensitive. The people that commit this crime are not harmless people.”

Fortune has reached out to Home Depot and will update the story if it responds.