Now Your Smartphone Addiction Is Interrupting Your Sleep 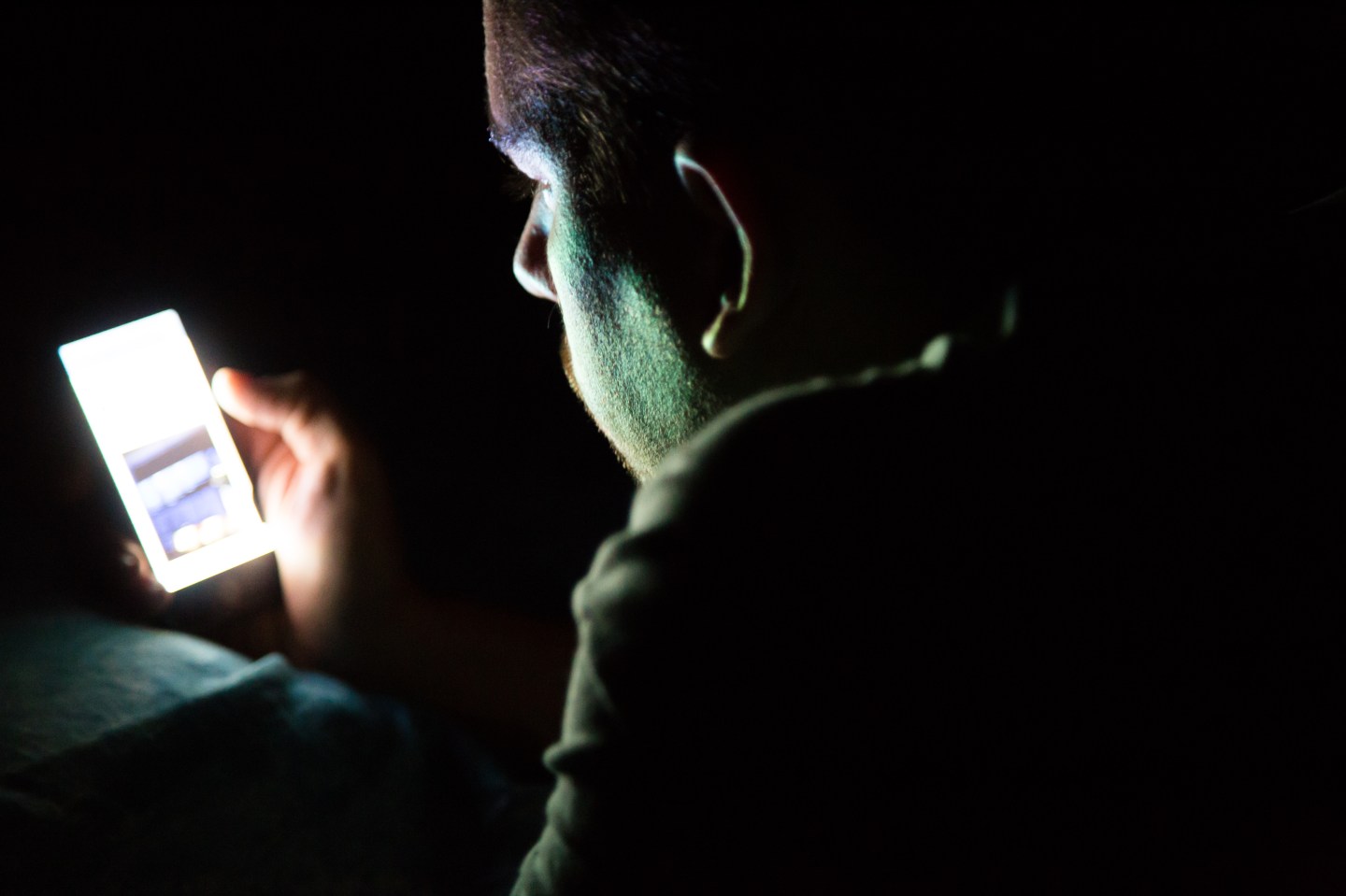 If you wake up in the middle of the night to check your phone, you’re not alone. But it may be why you can’t get a good night’s sleep.

A new study from consultancy Deloitte found that one in three people checks their smartphones in the middle of the night. The study, which surveyed 4,000 people in the U.K., found that most people are checking the time, responding to instant messages, reading the news, looking at social media notifications, or even replying to work email.

And the younger users are, the more likely they are to check: 50% of smartphone owners aged 18-24 checked their devices in the middle of the night, compared with 14% of owners aged 65 or older.

If users don’t wake up to check their texts, they take time to scroll through their notifications right before bed. Ten percent of users also like to check their smartphone first thing in the morning, according to the study.

But staring into the bright blue light emitted from smartphone screens can disrupt sleeping patterns. In 2015, a Harvard study found that the light affects the body’s production of the sleep hormone melatonin, which makes it harder to fall asleep. Late-night light exposure could also increase a user’s risk for cancer, diabetes, heart disease, and obesity, according to the study.

To combat this issue, tech giants like Apple (AAPL) have introduced Night Shift—a feature that turns the blue tint to a softer orange hue that helps users prepare for sleep. While great in theory, a previous report showed that it’ll take more than dimming the bright light: Any excess stimulation at night can make it harder to get a good night’s sleep, and many smartphone owners using Night Shift look at their phone in bed more than ever.

Overall, less than a quarter of smartphone users are unplugging at least an hour before they go to sleep—the recommended amount that users should turn off their screens before going to bed, according to the Deloitte study.