Another Country Is Considering a Tax Crackdown on Tech Firms 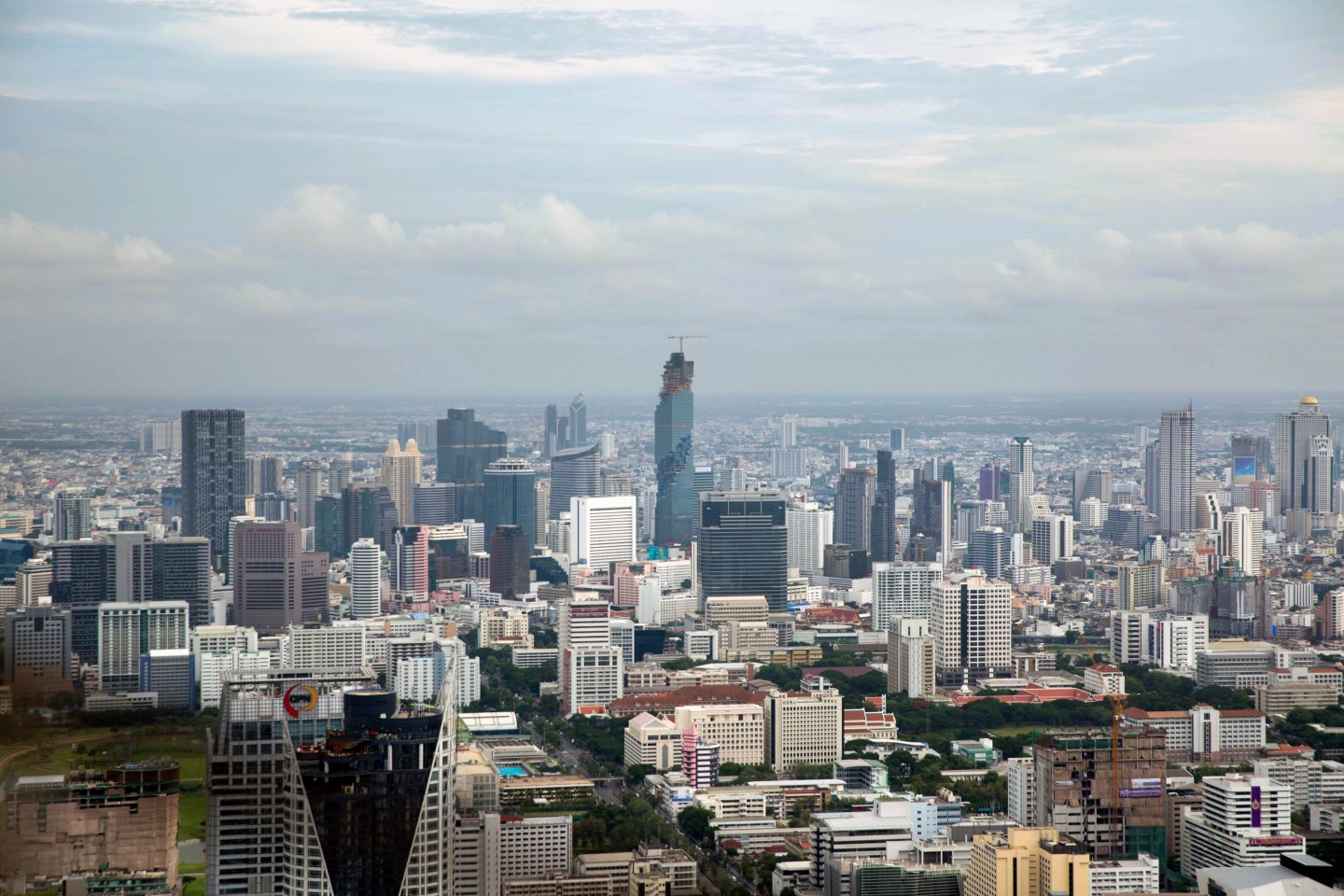 Commercial and residential buildings stand in the Sathorn district of Bangkok, Thailand, on Tuesday, July 28, 2015. Thailand's Finance Ministry yesterday cut its gross domestic product growth estimate for the year to 3% from 3.7%, and exports slid 7.87% on year in June, dropping for the sixth straight month and the biggest decline in more than three years. Photographer: Brent Lewin/Bloomberg via Getty Images
Brent Lewin/Bloomberg via Getty Images

Thailand is studying plans to toughen tax collection rules for internet and technology firms like Alphabet’s Google, the head of the Revenue Department told Reuters, as the tax affairs of these firms comes under growing scrutiny in Southeast Asia.

Thailand is focused on changing existing regulations, Prasong said, adding that a working committee had been set up to find solutions on tax collection for companies such as Google and other technology firms.

“We are studying this issue and have set up a committee to look into this over the past two months,” Prasong told Reuters.

“The idea is to seek appropriate solutions for Thailand and it could involve an amendment in some regulations because current laws are outdated and have been used for more than 50 years,” said Prasong, adding that he expects the committee to come up with solutions by the end of this year.

Reuters telephoned and e-mailed Google Thailand for comment, but there was no immediate reply. Google Asia Pacific’s spokesman did not immediately respond to an email and a phone call seeking comment.

Indonesia is pursuing Alphabet Inc’s Google for five years of back taxes, and the U.S. search giant could face a bill of more than $400 million for 2015 alone if it is found to have avoided payments, a senior tax official told Reuters last week.

Singapore’s low tax regime and its generous tax incentive programs make it a big draw for multinationals like Apple (AAPL), Microsoft (MSFT) to Google, and also from other sectors, to employ regional teams there.

They justify booking large revenue and profits in Singapore as they usually run main business functions such as finance and operations, hold intellectual property rights there or base regional executives in the city state.

Singapore’s finance ministry said in an emailed statement last week that “profits should be taxed where activities giving rise to the profits are performed and where value is created” and that it does not condone the “artificial shifting of profits.”

Investment worth millions of dollars could become stalled due to disputes with the country’s tax office, which has taken an “aggressive” approach, Lin Neumann, managing director of the American Chamber of Commerce in Indonesia, said.

“There’s just been a feeling for some time among big taxpayers that they’re like the low-hanging fruits because they’re in the system,” Neumann said, noting that many multinational companies are accountable to public shareholders.

The Financial Times reported on Saturday that four UK fund houses – Legal & General Investment Management, the Local Authority Pension Fund Forum, Royal London Asset Management and Sarasin Partners – had written to the board of Alphabet to raise concerns about its tax arrangements.

In December last year, Australia’s tax office published the tax rates of every company with annual earnings over A$100 million, a move it said it would repeat annually in the hope of pressuring entities with “overly aggressive” tax structures.

Apple (AAPL) paid A$74 million tax on its A$247 million taxable income, in line with the country’s 30% tax rate but a small fraction of the total A$6.1 billion it made in the country that year.

Google paid A$9 million tax on A$91 million in taxable income, a third of the company tax rate and dwarfed by the A$357 million it made in the country.