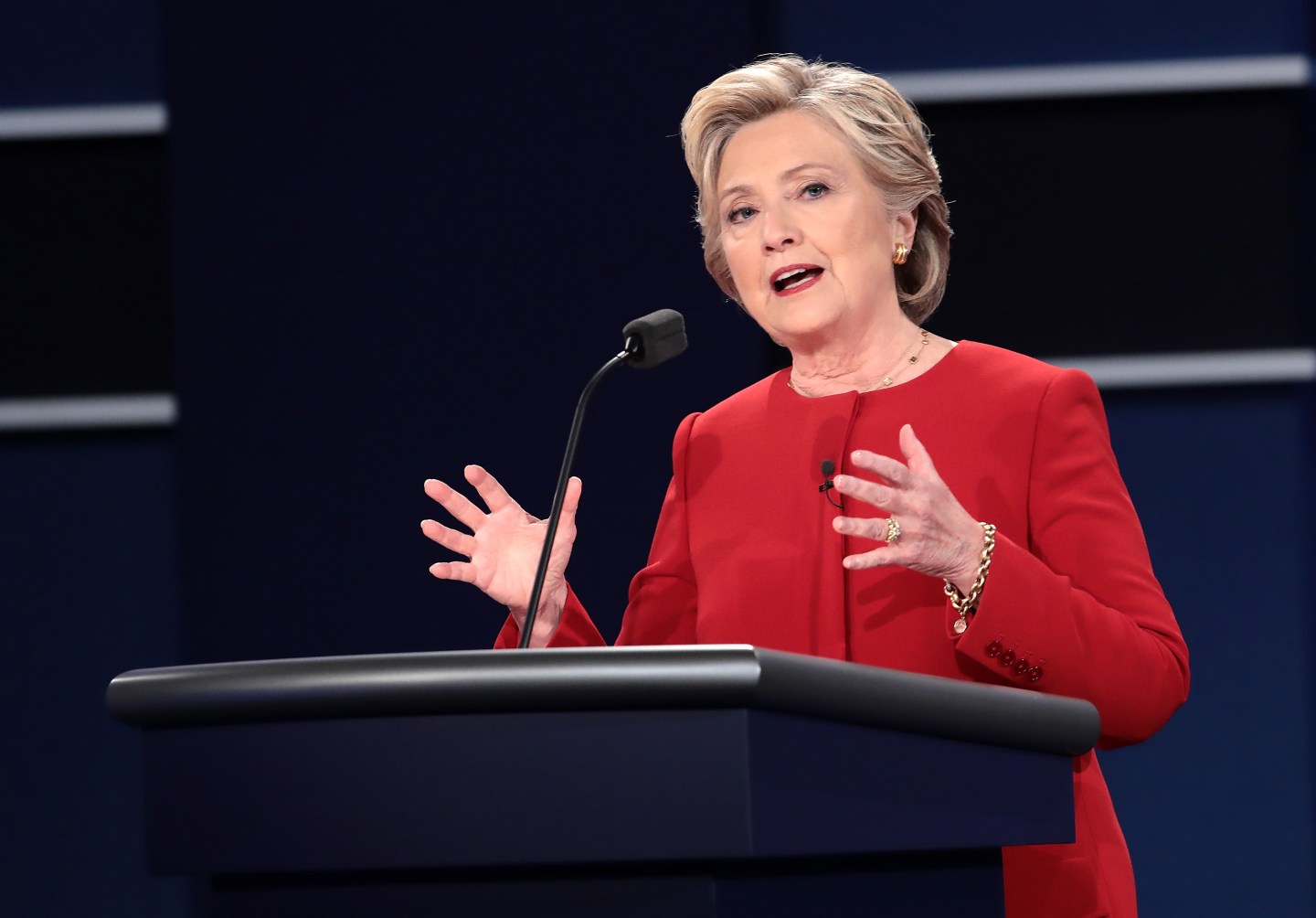 The line came in response to the Republican nominee’s claim during an exchange on jobs and economic policy that he would implement massive tax cuts. Clinton’s prepackaged rebuttal argued that Trump’s plan really is to cut taxes for the wealthiest Americans—including via corporate tax cuts—with hopes that those savings will be passed on to other Americans.

“Trickle-down economics” is an old term in American economics, but usually it’s used to refer to the supply-side economic policy first popularized in the 1980s by Ronald Reagan.