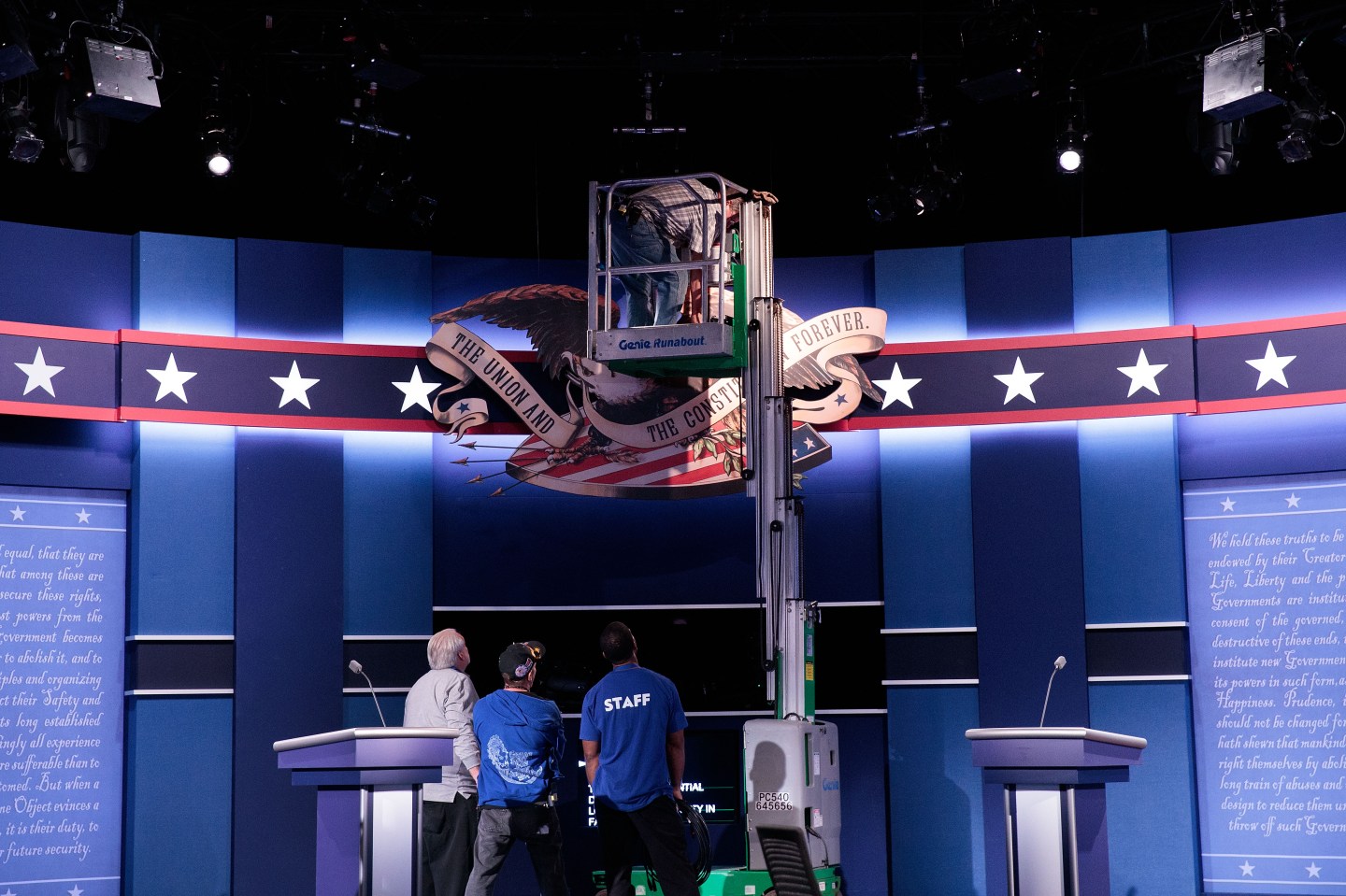 Why wait until the debate to start rattling your opponent when you can set the stage hours before? Hillary Clinton and Donald Trump were doing just that Monday morning ahead of the first face-off of their general election campaign.

Clinton’s campaign released a new web video preemptively rebutting some of Trump’s most notorious falsehoods, the latest salvo in an ongoing effort to make sure her rival is held accountable by the moderator, NBC News anchor Lester Holt. The video notes, among other things, Trump’s false assertions that he opposed the war in Iraq and that thousands of Muslims in New Jersey cheered the collapse of the Twin Towers in the Sept. 11, 2001 terrorist attacks.

Clinton’s campaign wasn’t the only one trying to get in the other side’s head ahead of the first debate. Fox Business Network, citing unnamed sources, reported that the Trump campaign was looking to bring one of the survivors of the deadly 2012 attack on an American diplomatic compound in Benghazi, Libya, to the debate. Conservatives have longed blamed Clinton for the attack.

The last-minute showmanship came after Trump floated the idea this weekend of inviting Gennifer Flowers, who once had an affair with Bill Clinton, to the debate—though Trump’s campaign later backed away from that.

The debate is scheduled to start at 9 p.m. E.T. at Hofstra University in Hempstead, N.Y. Here’s where you can watch it live.